Ahmad Al Aliwi Alissa, the 21-year-old resident of Arvada, Colorado, suspected of being the gunman in a mass shooting on Monday in Boulder, Colorado, had what is described as a “minor” criminal record.

Alissa has a minor criminal history in Colorado, according to the Colorado Bureau of Investigation and court records.

He was convicted of misdemeanor assault in 2018 for an incident that happened in 2017, and was sentenced to two months of probation and 48 hours of community service.

Arvada police Detective Dave Snelling also confirmed the local department had at least two interactions with Alissa over the past several years, including cases of simple assault and criminal mischief, though additional details weren’t immediately available.

Snelling would not say whether local police had received any warnings or complaints about Alissa recently, however, and instead deferred the question to the FBI.

The list of 10 dead included Officer Eric Talley, 51, who was the first member of law enforcement to arrive on the scene at the King Soopers grocery store. 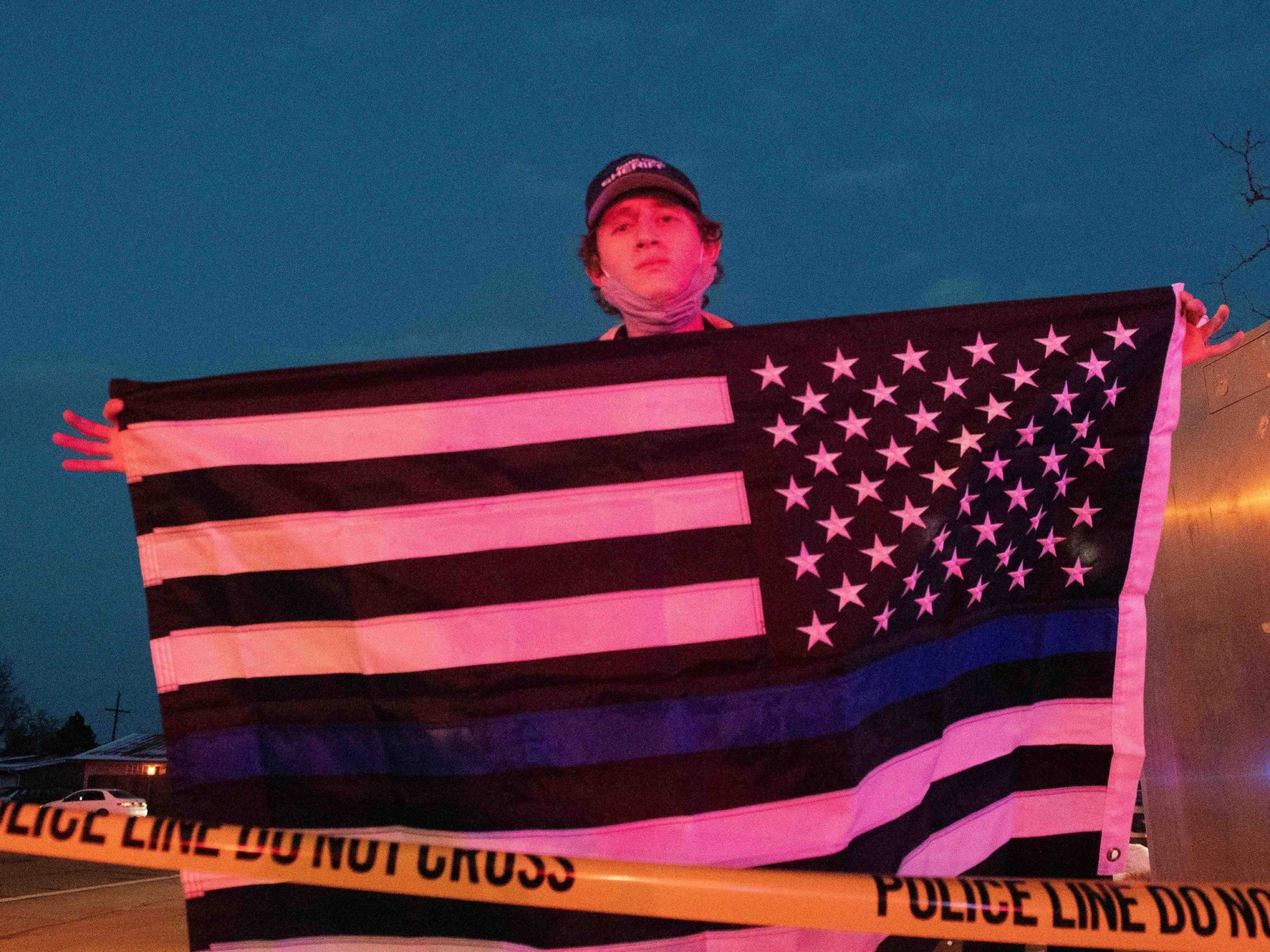 Zachary Smith holds a thin blue line flag in honor of Boulder Police officer Eric Talley who perished in the line of duty during an mass shooting at the King Soopers grocery store in Boulder, Colorado on March 22, 2021. – A gunman killed at least 10 people including a police officer at a grocery store in Colorado on Monday, March 22, police said, in the latest shooting to hit the western state — scene of two of the most infamous US mass murders. The shooter is being held in custody and was injured, said Michael Dougherty, district attorney for Boulder County, located 30 miles (50 kilometers) northwest of the state capital Denver. (Photo by Jason Connolly / AFP) (Photo by JASON CONNOLLY/AFP via Getty Images)

The suspect reportedly immigrated from Syria with his family and has lived in the U.S. from an early age.

Boulder grocery store shooting suspect Ahmad Alissa, 21 of Arvada, CO, is charged with ten counts of first degree murder. He came to the US from Syria at age 3 and is an American citizen. He was shot through the leg but now stable. pic.twitter.com/L63SToGhFl

Speculations about the suspect’s religious and ideological inclinations, based on alleged social media posts, cannot yet be independently confirmed.