Vice President Kamala Harris promised Central American countries to work with them to battle climate change in a speech on Tuesday, in the hopes of slowing the migrant crisis.

The vice president spoke about climate change as a “root cause” of the migrant crisis, during a virtual speech to the Washington Conference on the Americas citing the lack of  “climate adaptation,” and “climate resilience” in the region.

“The work from combatting corruption to combatting climate change will not be easy,” Harris said. “And it is not new, and it could not be more important, and it will take all of us.”

Harris argued the citizens of Central American countries like El Salvador, Guatemala, and Honduras did not want to leave their homes but were leaving for the United States to find hope. 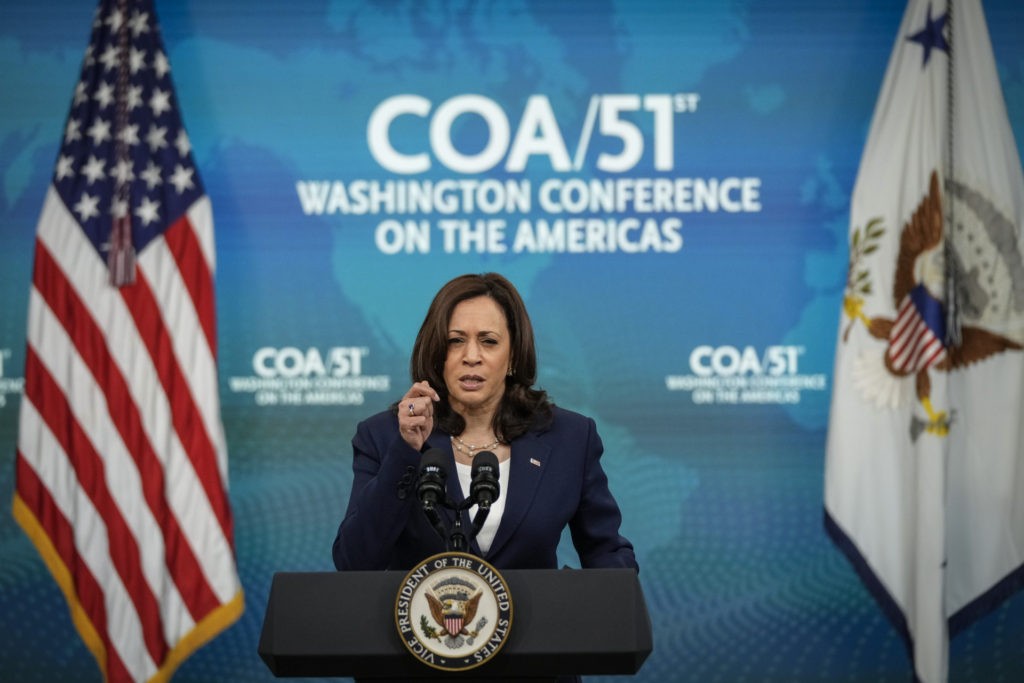 She spoke about people in Central American countries who had their homes washed away by hurricanes or were fearful of cartel violence and poverty.

“That’s why they leave home and come to the United States. They are suffering, they are in pain, many are experiencing unimaginable anguish.”

Harris expressed her concerns about violence in Central American countries against LGBTQ, Afro-descendants, and indigenous peoples, as well as women.

She said President Joe Biden’s administration would invest in countries to provide “hope at home” in the region.

“The strength of the United States of America depends on the strength of all of the Western hemisphere,” she said. “In so many ways our fates are intertwined. That is especially true with Latin America.”