A “Walk for Israel” rally in Naperville, Illinois, was disrupted by violent protesters from the “Naperville Protest for Palestine” Sunday. Naperville Police Department allegedly told the pro-Israel group to go home due to safety concerns, as the pro-Palestinian protesters stopped cars, physically attacked the pro-Israel demonstrators, and burned a stolen Israeli flag before.

Naperville is a suburb of Chicago and is ranked the wealthiest city in the Midwest, according to the Chicago Tribune.

The “Walk for Israel” was organized by high school junior Talia Raab on May 13, and days later the “Naperville March for Palestine” was created in response.

According to Talia’s brother, Daniel Raab, about 50 people came to support Israel, while according to Officer Michaus Williams of the Naperville Police Department, including the pro-Palestinian group, 600 to 700 people were present in total to protest.

Talia said, “With the recent events taking place in Israel and the rise of antisemitism in America, I was tired of feeling like a sitting duck watching all of these things unfold.” Talia decided to create a walk to support Israel in her hometown. 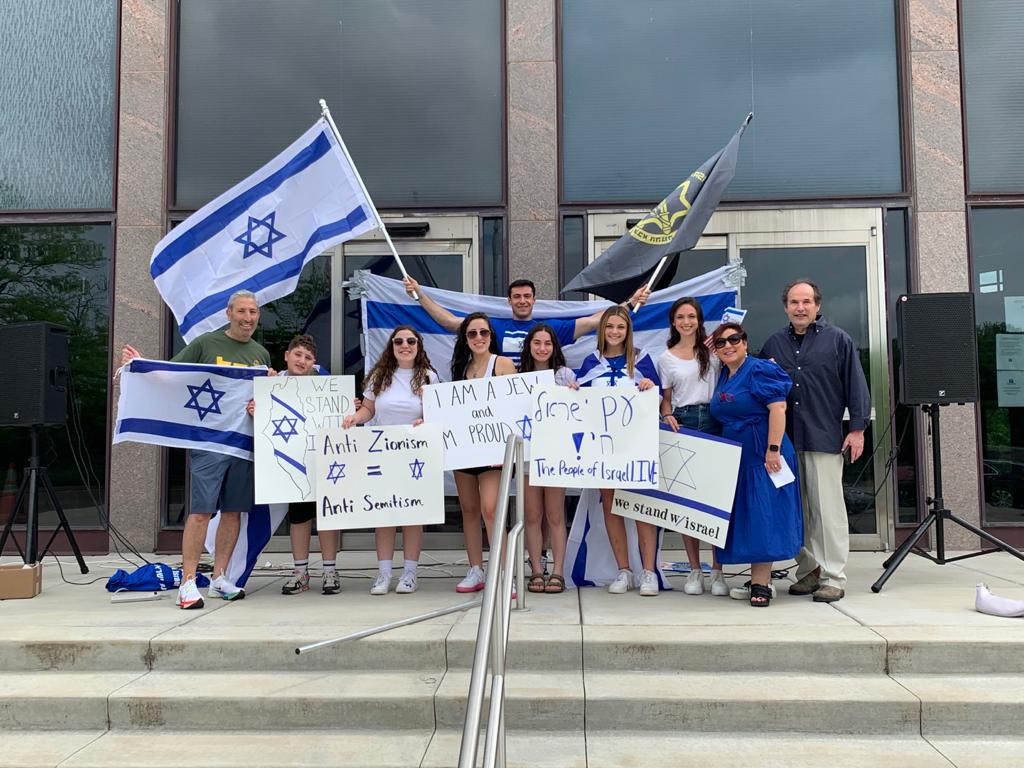 Before the walk even began, Talia received over 1,300 comments online about the event. Most were antisemitic such as “lemme bring some pennies and throw it at them,” “shoulda blew up that boat when y’all came as refugees,” and threatening, “what a dumbass female i stg [swear to God] yall need to get on her ass in person before i do.”

“Our goal yesterday was to provide safety,” Officer Williams told Breitbart News. According to him, the event itself was “relatively peaceful.”

Even though they had a permit to walk for Israel from 11 to 2, Talia said they were cut short an hour.

Officer Williams said the crowd “did not disperse for safety” but several pro-Israel protesters disputed the statement.

Talia told Breitbart News the demonstration, “was not a peaceful walk whatsoever” and they needed to end the walk early due to the threat of violence from the pro-Palestinian protesters. According to Talia, Naperville Police Department told her “You need to tell everyone to disperse now.”

As the March for Israel ended, “the police informed us they were shutting us down due to the risk to our lives that the ‘Naperville Protest for Palestine’ numbering in the hundreds were on their way,” said Daniel. Naperville Police, “could no longer keep us safe,” he said.

As the pro-Israel demonstrators were leaving, Daniel said they could hear the counter-protesters marching closer and chanting, “Intifada! Intifada! Long live the Intifada!” and “Khaybar Khaybar, ya yahud, Jaish Muhammad, sa yahud,” which means, “Jews, remember Khaybar, the army of Muhammad is returning.”

When four teenage pro-Israel boys were driving away, Daniel said they “got caught in the mob at a traffic light. They were surrounded by the mob with people jumping on and into their car, spitting and punching.” An Israeli flag was stolen from the car and burned:

When the Raabs and another family left, their cars were allegedly attacked by a pro-Palestinian mob. Daniel said a mob of 20 people “began pounding and shaking the car, trying to break the windows and enter through the sunroof. They were cursing at us and saying ‘kill the Jews.'” Both families were able to get away from the mob.

This follows a string of antisemitic attacks across the world. In Chicago last week, Breitbart News reported “A synagogue in the heavily Jewish Chicago suburb of Skokie, Illinois, was vandalized Sunday in what police are calling a ‘hate crime.'”