President Joe Biden’s first year in the White House is set to be “among the ten worst years for illegal immigration” in United States history, new analysis details.

Princeton Policy Advisor Steven Kopits projects that Biden’s first year in office will be among one of the worst years for illegal immigration in the U.S. since the data started being tracked.

“For the calendar year as a whole, we are projecting 1.2 million southwest border apprehensions, much as we have for the last two months,” Kopits writes in his analysis. “This would make Calendar Year 2021 among the ten worst years for illegal immigration in US history and place us squarely back into Clinton-era numbers.” 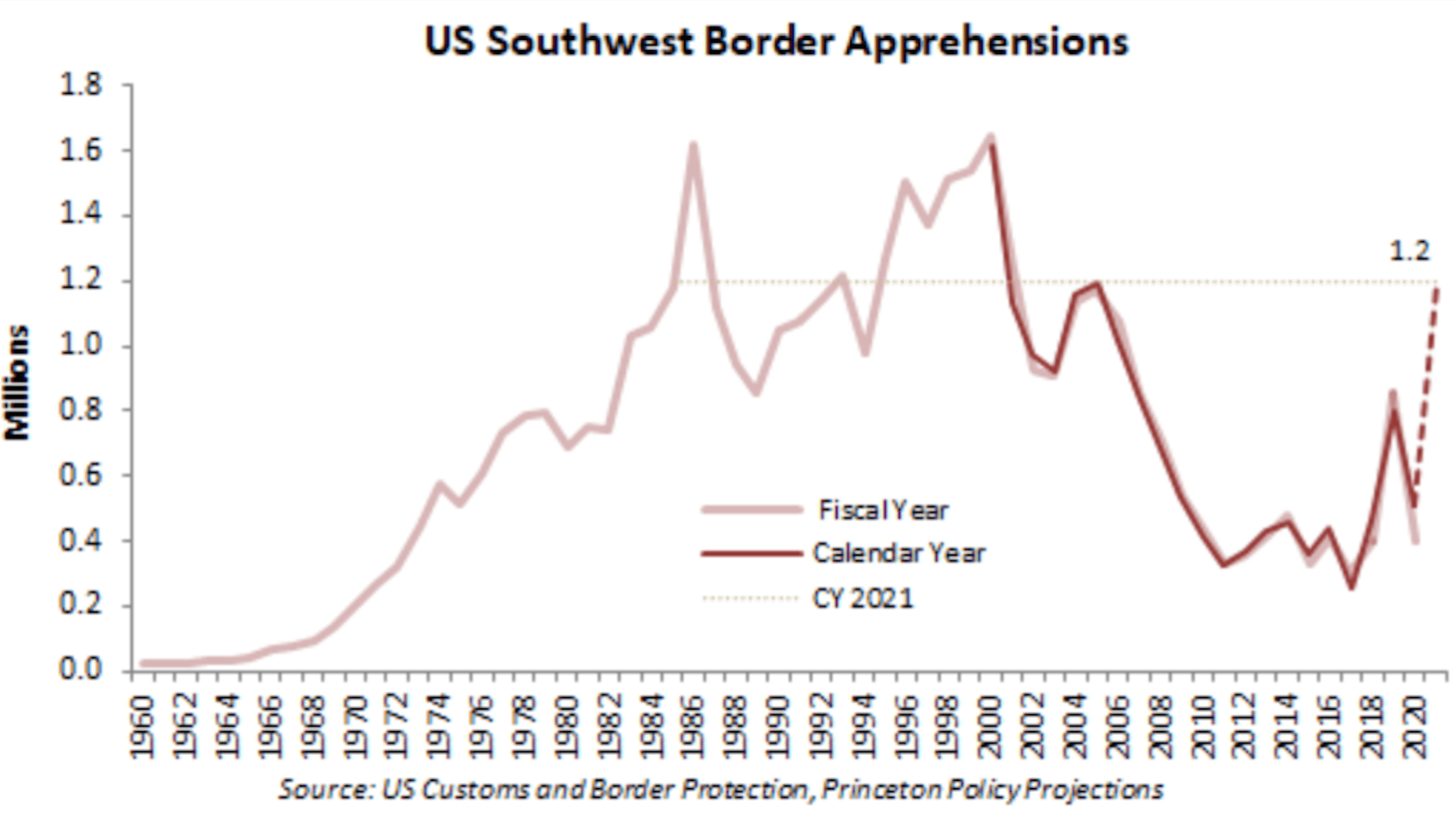 The continuing surge in illegal immigration comes as Department of Homeland Security (DHS) Secretary Alejandro Mayorkas has increasingly ditched a border control measure known as Title 42 which gives federal immigration officials the authority to quickly return border crossers to their native countries for the sake of public health.

In October 2020, seven months into Trump first implementing Title 42, about 91 percent of border crossers apprehended at the U.S.-Mexico border were being removed using the border control.

Today, Mayorkas is only using Title 42 in about 64 percent of border crosser cases — a roughly 30 percent drop in DHS’s use of the Center for Disease Control (CDC) order to control illegal immigration.

As a result of Democrats and the open borders lobby urging Biden to end Title 42, there has been speculation that DHS will allow the CDC order to expire sometime after July. Such an expiration, experts have previously said, is likely to spur a massive surge of illegal immigration.