Vice President Kamala Harris visited a border patrol facility on Friday, telling reporters she had been planning to do so since March.

“I said back in March I was going to come to the border so this is not a new plan,” she said.

“I’m glad to be here. This was always the plan to come here. And I think we’ll have a good and productive day,” she added

Harris delayed visiting the border until 93 days after Biden appointed her to lead on the crisis.

After taking on the role, Harris consistently resisted the idea of traveling to the border — even laughing off questions about a possible trip.

“Not today,” she replied with a laugh in late March when asked if she would visit the border. 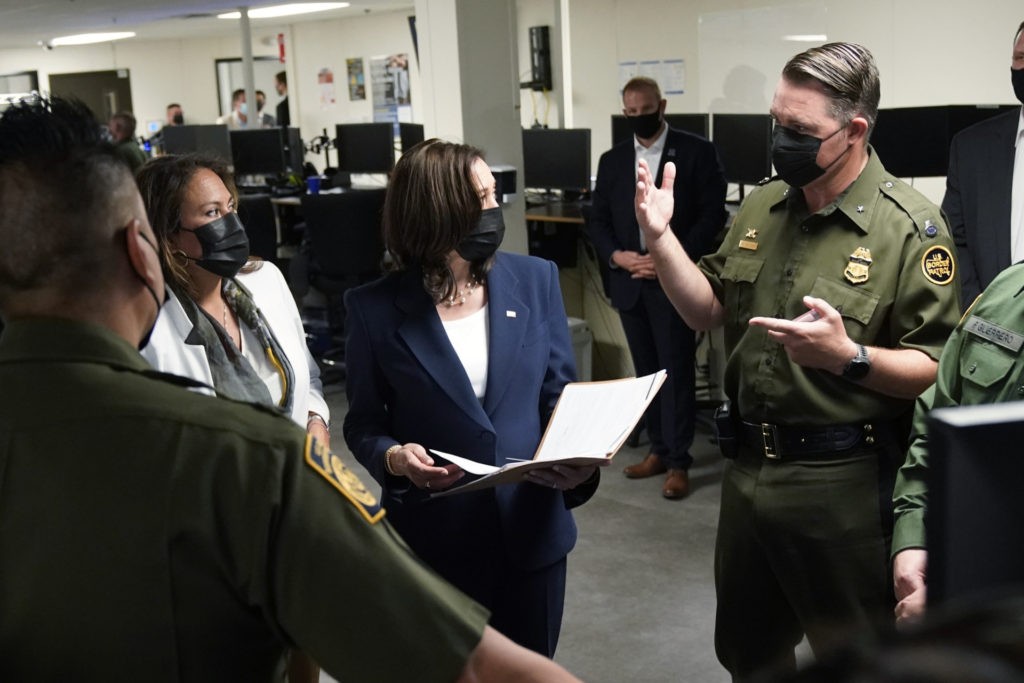 During her trip to Guatemala and Mexico in early June, Harris struggled with questions about visiting the border, describing it as a “grand gesture” she would avoid.

She also tried to laugh off a question from NBC anchor Lester Holt about the issue.

“You haven’t been to the border,” Holt noted.

“And I haven’t been to Europe,” Harris replied with a laugh. “And I mean, I don’t understand the point that you’re making. I’m not discounting the importance of the border.”

Despite Harris’ refusal to give a timeline for a visit to the border, the White House announced suddenly on Thursday the vice president would finally make the trip — just days after former President Donald Trump said he would make his own journey to the border with Texas Gov. Greg Abbott.

Kamala Harris’s utter failure to lead on the Biden border crisis she was tasked with managing draws international outrage. https://t.co/nkStMuOw6T

Trump boasted after the announcement he finally forced Harris to visit the border.

“After months of ignoring the crisis at the Southern Border, it is great that we got Kamala Harris to finally go and see the tremendous destruction and death that they’ve created,” Trump wrote in a statement sent to reporters.