The opposition comes during a time when the three RINO Senators voted for the so-called “infrastructure” bill, authorizing the Democrats’ two-track scheme of passing the $3.5 trillion Trojan horse reconciliation package, which is full of far-left items, such as expanding Medicare, amnesty, global warming initiatives, and subsidized racial equity and environmental justice initiatives.

Murkowski’s has drawn opponent Kelly Tshibaka. Endorsed by former President Trump, she is off to a hot start by leading Murkowski in spring polling by double digits. 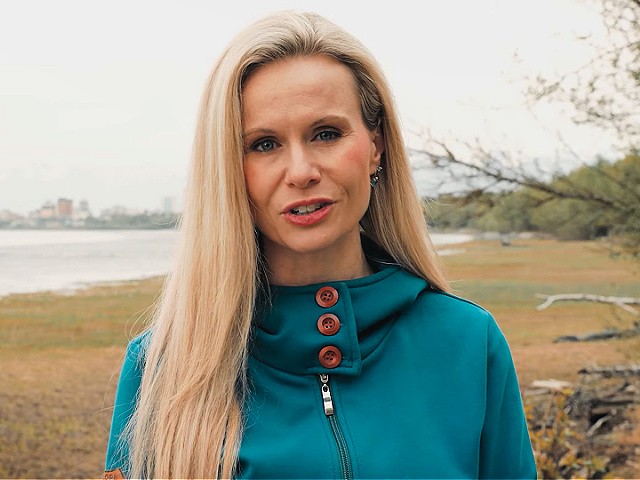 In her first TV ad, she stated that “insiders don’t like me because I spent my career exposing taxpayer fraud and abuse. That’s okay. I’m not running for them. I’m running for you.”

Tshibaka on Breitbart News Saturday said she is experiencing a “large grassroots groundswell” against Murkowski and that “people who formerly supported Lisa Murkowski, formerly worked on her campaign, they’re all defecting and lining up” behind her campaign “because they understand Lisa Murkowski represents the D.C. elite, the D.C. insiders, [and] the Biden administration.”

Indeed, Murkowski, who called the “infrastructure” legislation “a truly historic investment in our country and state,” won billions of dollars of favors from the American taxpayer that she bragged about on her website.

Crapo, who has been in office since the 1999, has an opponent named Jeremy Gilbert. According to Ballotpedia.com, Gilbert was born in New Jersey and graduated from Temple University in 2009 and Pennsylvania State University in 2017. 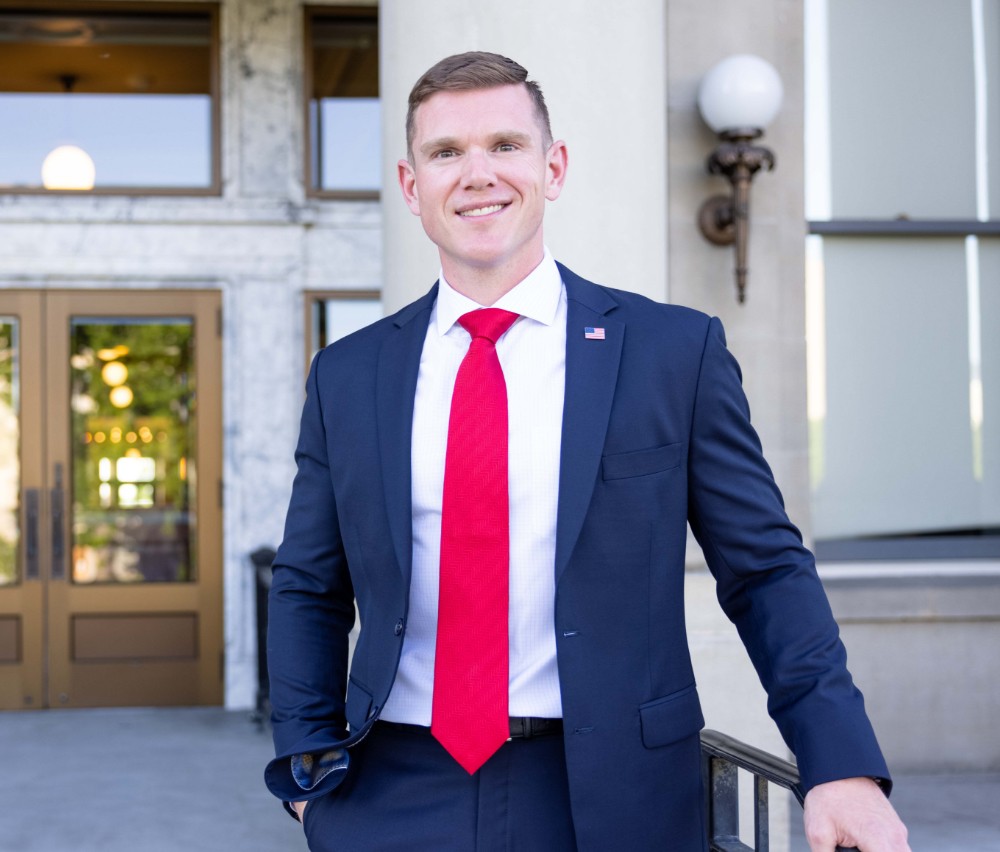 From 2005 to 2017, he served in the military with the rank of Infantry Officer and Cavalry Scout. His civilian career “includes working as director of operations at Rimon Law, facility manager at U.S. Bank, director of workplace solutions, and workplace services manager at The Heritage Foundation.”

Gilbert has been critical of the massive “infrastructure” bill and the Trojan horse reconciliation package. “When it comes to DC politicians, it’s never too much money,” he tweeted.

The Senate went from approving the $1.2 T infrastructure bill to voting on a $3.5 T annual budget almost immediately. When it comes to DC politicians, it’s never too much money…

Crapo dubbed the spending spree a “bipartisan investment” and received billions funding for projects in his state.

Gilbert has also pounded Crapo hiding from his constituents, unable to face the unpopularity of the massive inflation that Crapo’s spending will enhance.

Today @MikeCrapo was scheduled to interview with Neal Larson from NEWSTALK 107.9. The topic, his yes vote on the $1.2 T Infrastructure Bill.

What did we learn? Absolutely nothing; Crapo didn't show up. After his vote, I guess it's easier to hide from his voters than face them. 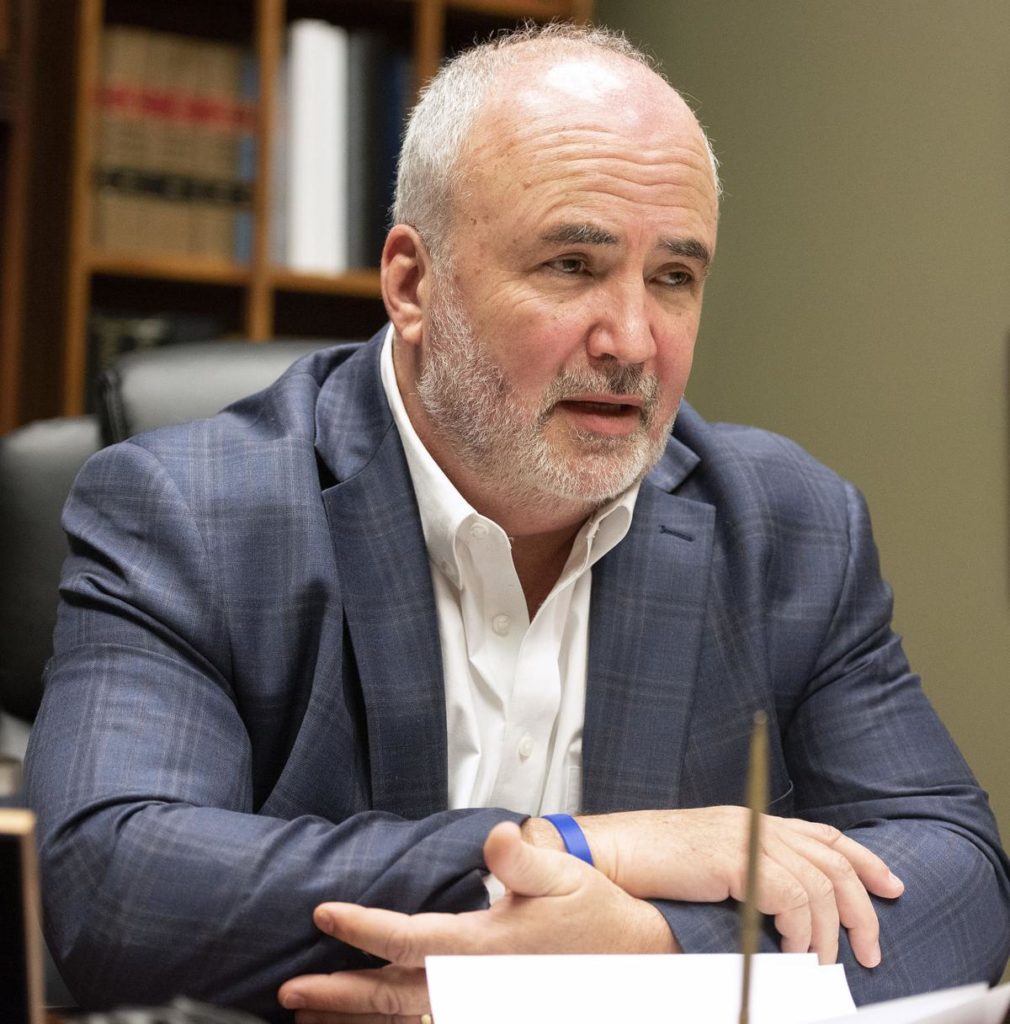 Carlin has “cast himself as an ally of former Republican President Donald Trump and blamed ‘the political class’ for failing to ‘investigate and hold hearings when millions of Americans had doubt about the legitimate winner of an election.'”

“People we relied on to tell us the truth let us down by not seeking the truth,” continued.

“Right now, we face mammoth challenges from China, the disintegration of families, the decline of rural Iowa and the threat to free speech from big tech monopolies,” he said in his first campaign speech. “I see some of these things as an assault on our freedom.”

Join our movement to take back the United States Senate! https://t.co/KoYMe3b7ai

Carlin’s challenge of Grassley comes as Grassley complained the “infrastructure” “bill isn’t perfect” and that “nobody got everything they wanted,” while plastering on his website the benefits he won.

It should be noted that Sen. John Hoeven (R-ND) also voted for the infrastructure deal but has yet to receive any GOP challenger. Hoeven claimed the legislation would “make it harder for Democrats to pass their $3.5 trillion tax-and-spend bill,” and posted the massive expenditures on his website that he extracted from Joe Biden in exchanged for his “yes” vote.