Ballots in the recall election of California Governor Gavin Newsom have begun to arrive at the homes of registered voters in California, asking two simple questions: should Newsom be recalled and removed; and, if so, who should replace him?

The ballot is unusually short, consisting of only one sheet of paper. The first question asks (original emphasis): “Shall Gavin Newsom be recalled (removed) from the office of Governor? Vote YES or NO.” 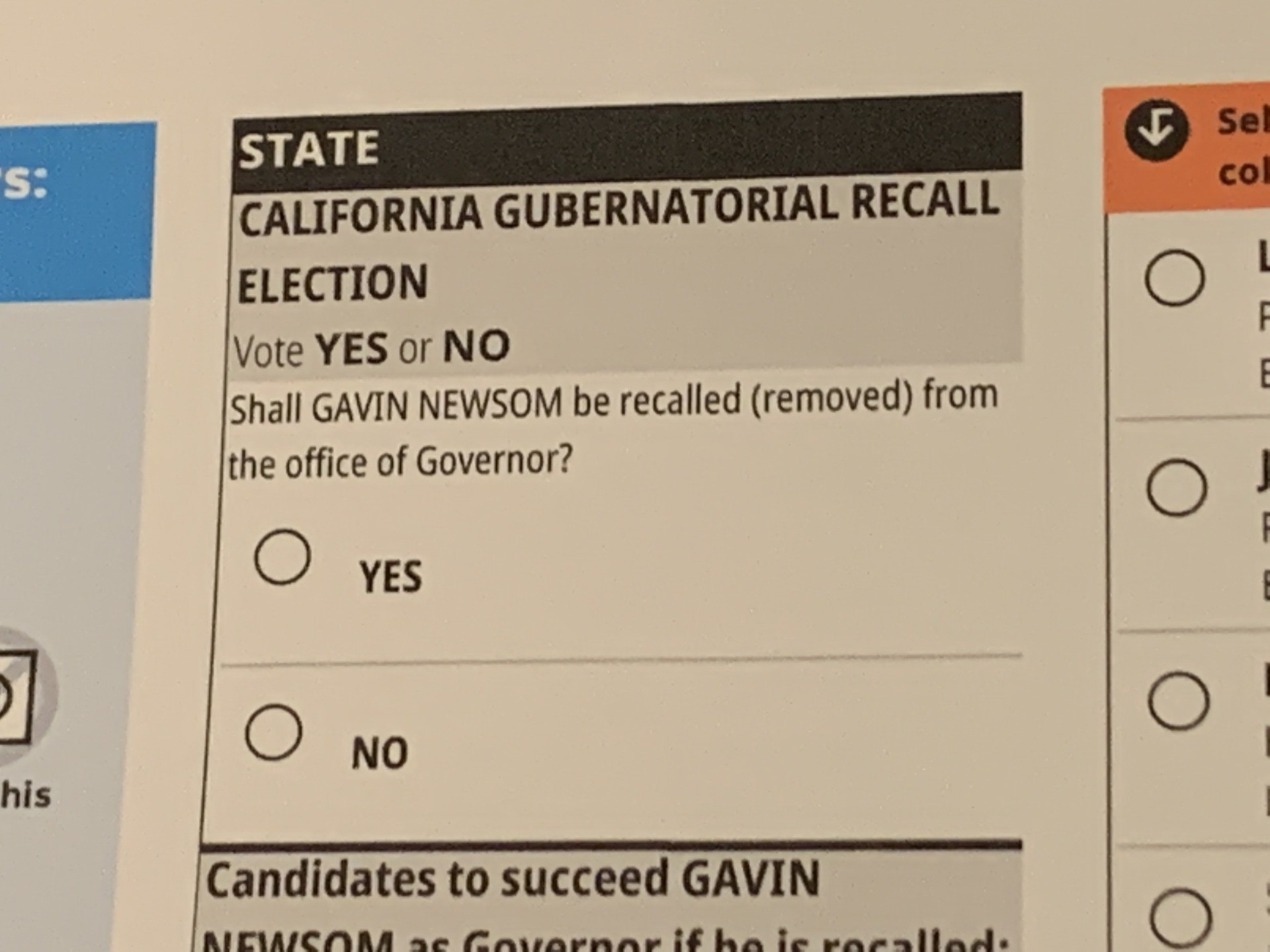 The second question asks (original emphasis): “Candidates to succeed GAVIN NEWSOM as Governor if he is recalled: Vote for ONE.” It lists 46 candidates (24 Republicans, ten with no party preference, nine Democrats, two Greens, and one Libertarian), including a space for a write-in candidate. 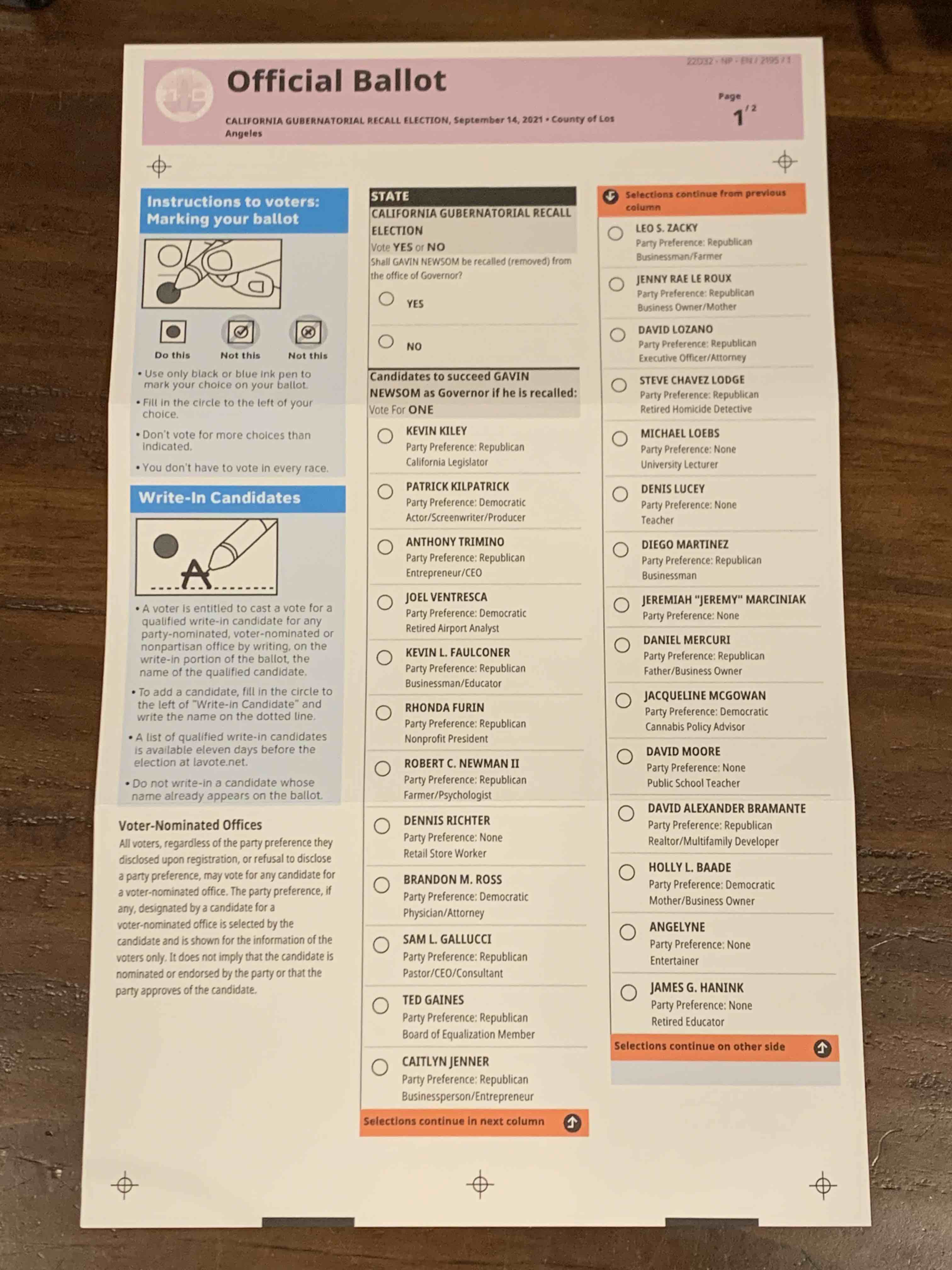 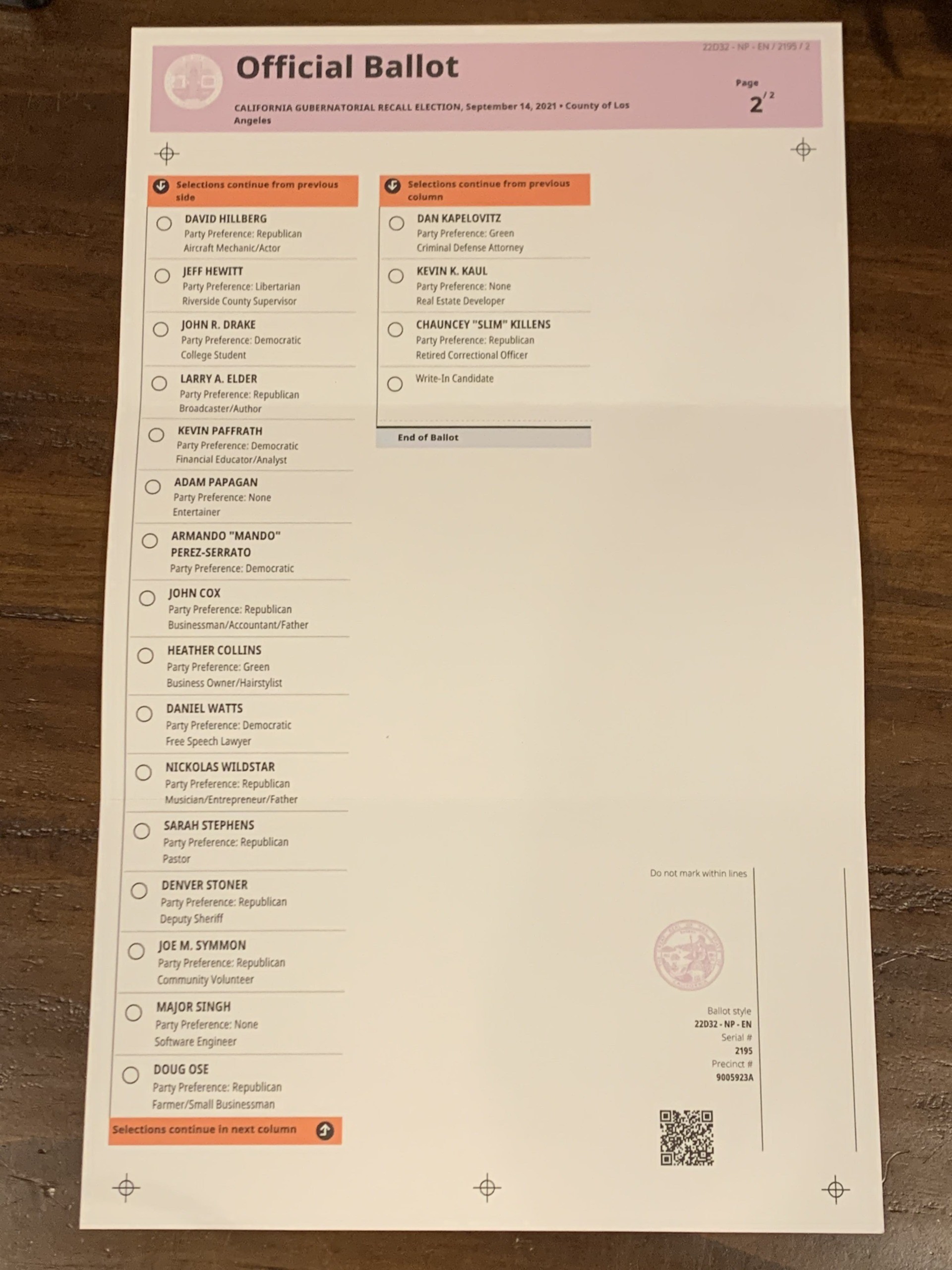 As in the 2020 presidential election, ballots are being mailed to all registered voters.

The official election date is Sep. 14, and ballots must be returned (to local voting centers or drop boxes), or postmarked, by that date to be counted.

In many California elections, the counting takes weeks before the final result is announced. Newsom could face a very close contest, with recent polls suggesting momentum swinging in favor of his removal.

California allows “ballot harvesting,” in which unverified operatives are permitted to return as many mail-in ballots as possible, without restriction — a practice that many critics claim could encourage fraud.