The survey, taken August 18-19, 2021, among 1,002 adults, asked respondents, “Overall, do you approve or disapprove of the way Joe Biden is handling his job as President?”

His approval rating is currently underwater, falling to 46 percent, while 49 percent disapprove. Opinions are sharply divided on party lines, as 81 percent of Democrats approve of Biden’s job performance, compared to 11 percent of Republicans and 42 percent of independents:

The dip in Biden’s approval rating coincides with the Taliban’s takeover of Afghanistan, although only three percent of respondents identified war and foreign conflicts as the most important problem facing the U.S. today.

As of Friday, the RealClearPolitics polling average also showed Biden’s approval below 50 percent, sitting at 48.6 percent.

The survey coincides with a Thursday Morning Consult poll, showing a plurality of voters, 43 percent, blaming Biden for the situation in Afghanistan from a domestic standpoint. 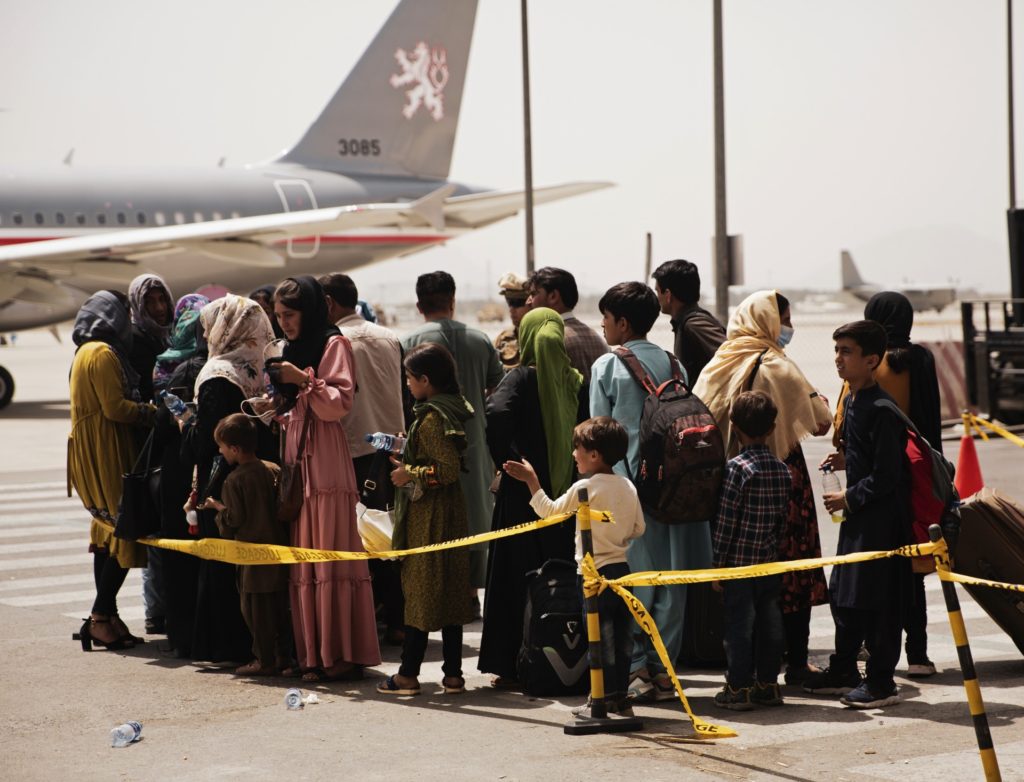 In this photo provided by the U.S. Marine Corps, civilians prepare to board a plane during an evacuation at Hamid Karzai International Airport, Kabul, Afghanistan, Wednesday, Aug. 18, 2021. (Staff Sgt. Victor Mancilla/U.S. Marine Corps via AP)

Biden has meanwhile struggled to evacuate Americans from Afghanistan as officials fail to reveal the exact number of citizens stranded in the country.

“I don’t know,” Pentagon spokesman John Kirby said Thursday after a reporter asked how many “American citizens” are stranded in Afghanistan.