A disturbing video report reveals extreme violence outside the Kabul airport at the north gate Saturday, according to a Politico reporter.

“Source sends me another disturbing video of violence and chaos outside the Kabul airport The video was today, approx 1200-1300 Kabul time, and immediately outside airport at the north gate, per source of video,” Alex Thompson tweeted the video:

Source sends me another disturbing video of violence and chaos outside the Kabul airport
The video was today, approx 1200-1300 Kabul time, and immediately outside airport at the north gate, per source of video. pic.twitter.com/Nres2uEcyq

The video comes as the U.S. Embassy in Kabul is warning Americans to not travel to the airport “because of potential security threats outside the gates at the Kabul airport.”

“We are advising U.S. citizens to avoid traveling to the airport and to avoid airport gates at this time unless you receive individual instructions from a U.S. government representative to do so,” the embassy stated. 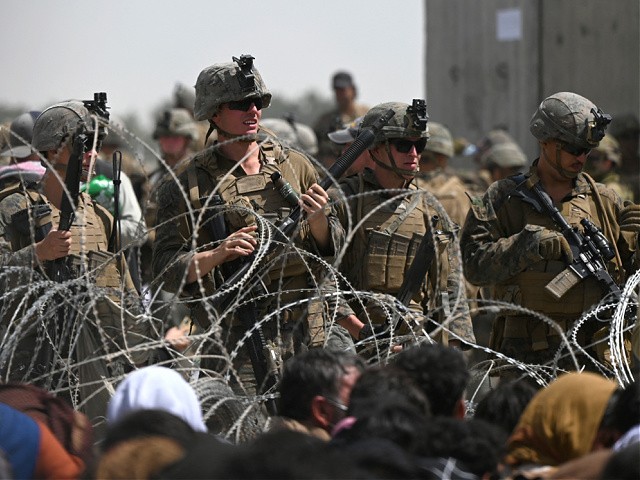 US soldiers stand guard behind barbed wire as Afghans sit on a roadside near the military part of the airport in Kabul. (WAKIL KOHSAR/AFP via Getty Images)

The Taliban is reportedly threatening to shoot evacuees Saturday, the New York Times reported. “Go back to your home, or I will shoot you,” a Taliban fighter told one man, “according to a person who witnessed the encounter.”

Along with threatening to shoot people outside the airport, the New York Post confirmed the Taliban is “now attempting to take their U.S. passports and identification orders in an attempt to stop them from leaving the country.” 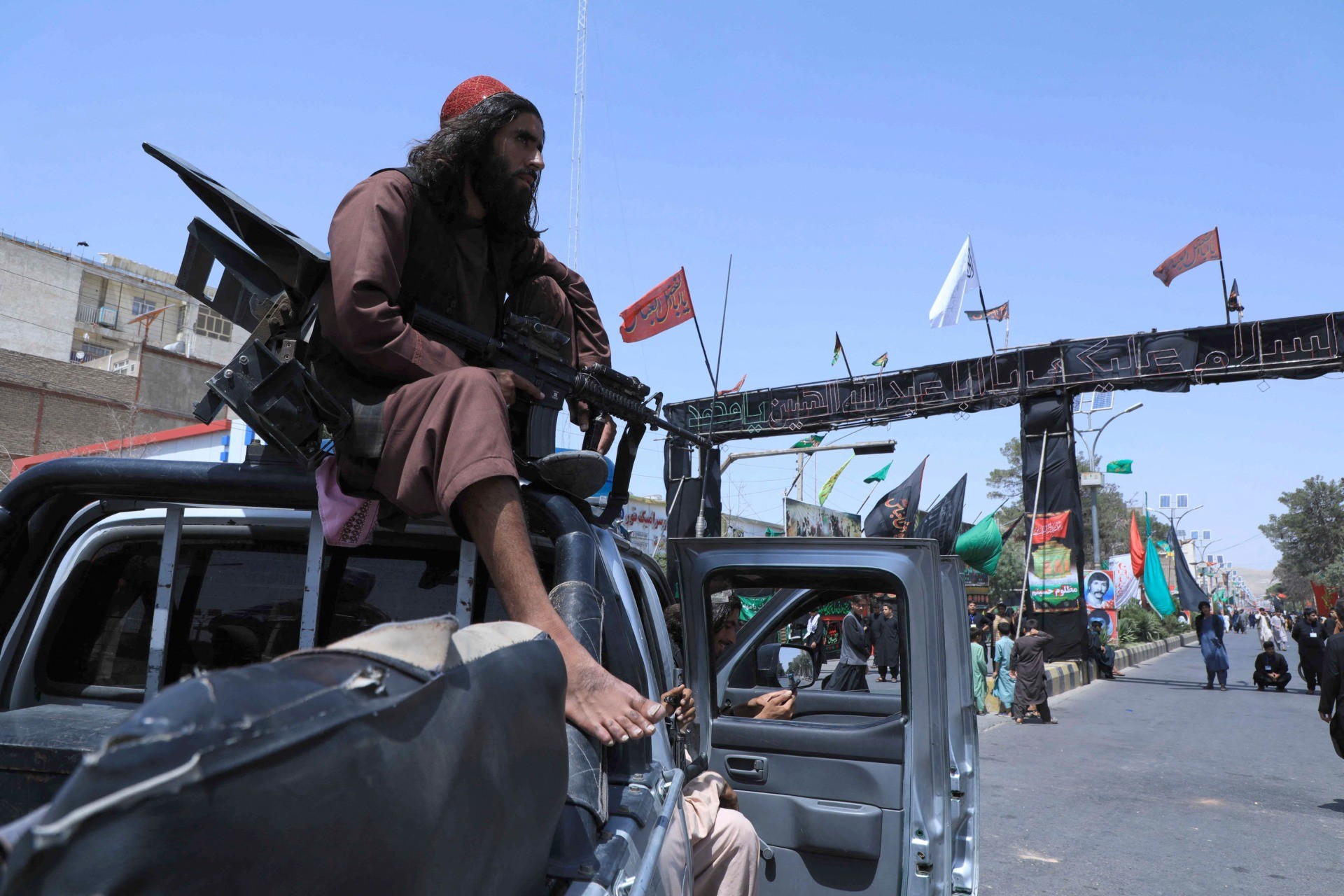 A Taliban fighter stands guard atop a vehicle. (AREF KARIMI/AFP via Getty Images)

“I got to the gates and was about to show my passport, but the Taliban got it, and he said you are not allowed to go through and wouldn’t give it back,” one Afghan-American on the ground relayed to the Post. “I was lucky a U.S. marine was right there and forced him to give it back.”

The Afghan crisis and violence comes after President Joe Biden claimed Friday that to the “best of our knowledge – Taliban checkpoints – they are letting through people showing American passports.”

But Biden’s assurances do not square his own Defense Secretary, who stated Friday Americans have been abused and beaten on the ground:

NEW: Defense Secretary Lloyd Austin in a briefing call with House lawmakers just now said Americans have been beaten by the Taliban in Kabul, according to multiple people on the call. Austin called it “unacceptable.”

Friday’s reporting on the ground also confirms the Taliban fighters are blocking “access” to the airport “with gunfire and violence.” In another report, the Taliban even attacked CNN’s camera crew.

As an estimated 10,000 to 40,000 American citizens still remain in Afghanistan, media reports Friday suggest Biden is struggling to evacuate all Americans from Afghanistan before the August 31 deadline. Extending the deadline would demand “the Taliban’s acquiescence.”

Former President Donald Trump said Friday that Biden’s leaving Americans to die in Afghanistan is a “dereliction of duty.”