President Joe Biden is ignoring that thousands of Afghans are being processed in the United States, without having finalized their applications for visas, instead touting that processing begins in third safe countries outside of Afghanistan.

During a press briefing on Sunday, Biden noted that Afghans are being loaded up on planes and heading to nations like Qatar, Germany, Kuwait, and Spain for processing. An estimated 22,000, the Pentagon has said, will be resettled across the U.S.

“In order to keep a steady flow of planes taking off from Kabul, maximize our evacuation capacity, we have quickly set up an unprecedented global effort and established a series of processing stations in third countries,” Biden said:

In short, we’re not flying them directly to the country, we’re flying them to these processing stations where we’re working with more than two dozen countries across four continents… [Emphasis added]

Including processing centers in Qatar, Germany, Kuwait, Spain, and elsewhere allows us to sort and process these evacuees. These processing centers provide safe transit for these SIV applicants and other vulnerable Afghanis and their families to complete their paperwork while we conduct security screenings and background checks before they continue on to their final destinations to the United States or other countries. [Emphasis added]

Unmentioned by Biden, though, is that thousands of Afghans applying for Special Immigrant Visas (SIVs) are continuing their processing at military bases in the U.S. like Fort Lee in Virginia, Fort Bliss in Texas, and Fort McCoy in Wisconsin.

As of Sunday, Afghans began arriving at Fort Bliss in El Paso, Texas, where they will be housed until their processing for visas is complete. Pentagon officials have said that those arriving at U.S. military bases are in the final stage of getting SIVs but it remains unclear what U.S. officials are doing when Afghans do not pass screening in third safe countries.

On Monday, Department of Homeland Security (DHS) officials confirmed to CBS News that federal immigration officials are being sent to Fort Lee, Fort Bliss, and Fort McCoy to assist with visa processing for Afghans arriving.

Meanwhile, other federal immigration officials have been sent to Germany, Qatar, and Kuwait to assist in screening Afghans evacuated from Afghanistan.

The Biden administration, with the help of Republicans and Democrats in Congress, is fast-tracking Afghans to the U.S. with the SIV and P-2 visa process by waiving the requirement that Afghans test negative for the Chinese coronavirus before boarding flights to the U.S., among other moves. 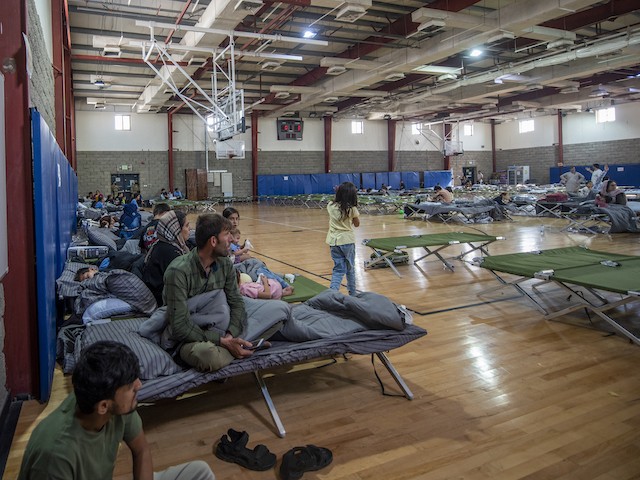 As a result, Afghans are being sent all over the U.S. — including Fairfax County, Virginia, St. Louis, Missouri, and Columbia, South Carolina.