The demand for Blinken to be held accountable comes in the wake of U.S. officials handing over a list of names of Americans, green card holders, and Afghan allies to the Taliban terrorists, Politico reported Thursday.

The list of names, dubbed a “kill list,” was presumably given to the Taliban to allow evacuees through the enemy lines of the Taliban:

The move, detailed to POLITICO by three U.S. and congressional officials, was designed to expedite the evacuation of tens of thousands of people from Afghanistan as chaos erupted in Afghanistan’s capital city last week after the Taliban seized control of the country. It also came as the Biden administration has been relying on the Taliban for security outside the airport.

Since the fall of Kabul in mid-August, nearly 100,000 people have been evacuated, most of whom had to pass through the Taliban’s many checkpoints. But the decision to provide specific names to the Taliban, which has a history of brutally murdering Afghans who collaborated with the U.S. and other coalition forces during the conflict, has angered lawmakers and military officials.

U.S. officials also stated Thursday they were relying on the Taliban to provide outer security at the Kabul airport. 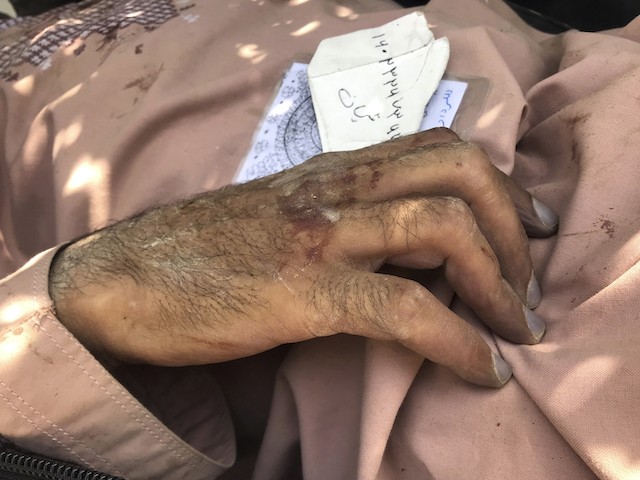 A dead body of an Afghan lies on the ground at a hospital after deadly attacks outside the airport in Kabul, Afghanistan, August 27, 2021. Two suicide bombers and gunmen attacked crowds of Afghans flocking to Kabul’s airport Thursday, transforming a scene of desperation into one of horror in the waning days of an airlift for those fleeing the Taliban takeover. (AP Photo/Wali Sabawoon)

“We expect the attacks to continue. We are doing everything we can,” Gen. Kenneth McKenzie explained in a Pentagon press briefing, “That includes reaching out to the Taliban who are actually providing the outer security of the airfield to make sure they’re protecting us, and we will coordinate with them as they go forward.”