“Modernizing our sex education standards will help keep our children safe and ensure important lessons like consent and internet safety are taught in classrooms,” Pritzker said in a statement. “By working together, we’ll continue to strengthen our education system and deliver the bright future our kids deserve.”

The new law, which takes effect immediately, requires public schools in the state that offer sex education to align their curriculum with the National Sex Education Standards (NSES), the creation of organizations that advocate for sex ed consistent with abortion rights and LGBTQ inclusion.

Creators of the standards also boast they have been updated to include:

Inclusion of power and privilege, conscious and unconscious bias, intersectionality, and covert and overt discrimination, and the principles of reproductive justice, racial justice, social justice, and equity

Pritzker’s office states the new sex ed standards are “voluntary,” and that they are only mandated for school districts that are already teaching comprehensive sex education.

The new law, then, leaves it up to Illinois parents who oppose the new standards to opt their children out of sex ed, or to work to elect school board members who agree to stop teaching comprehensive sex ed in their districts. 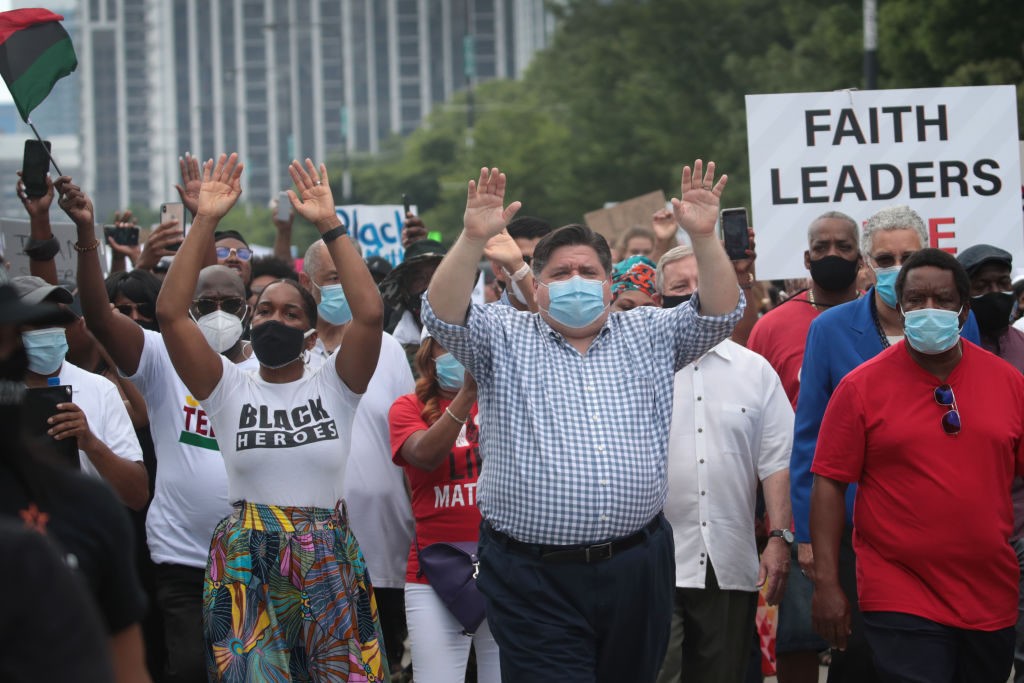 “No student should feel stigmatized or excluded in the classroom,” said State Senator Ram Villivalam (D), who sponsored the bill. “This legislation puts forth guidelines for an inclusive, culturally competent curriculum to keep students safe and healthy.”

U.S. Rep. Chip Roy (R-TX) responded Wednesday on his personal Twitter account to a tweet from website Not the Bee which observed, “Kindergartners in Illinois may soon be learning all about ‘gender identity’ and ‘cohabitating families.’”

“Get your kids out, rapidly take them over, but do not accept the public school system(s),” Roy responded:

Get your kids out, rapidly take them over, but do not accept the public school system(s). https://t.co/qk51MZpG22

Not the Bee observed to those parents heeding Roy’s words that Home School Legal Defense Association (HSLDA), which provides information on state homeschooling laws throughout the country, characterizes Illinois as a “no notice, low regulation” state for homeschoolers.

Illinois lawmakers of both parties objected to the explicit content in the standards that will now be taught, even to children in elementary and middle school.

State Rep. Tony McCombie (R) said during debate on the bill in May the goal of sex ed “is to help young people grow into healthier sexual relationships and healthier adults.”

“[The bill] is not age appropriate, it is sexually charged,” he asserted.

Illinois Rep. Fred Crespo (D) expressed concern that no other state had signed onto the NSES standards. 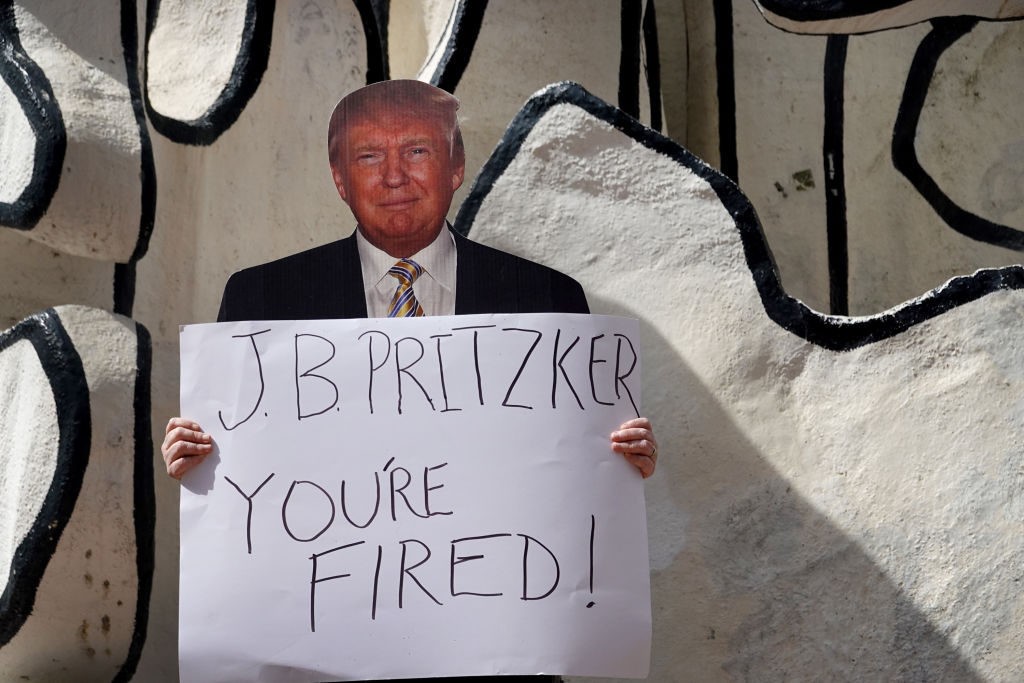 A cardboard cutout of President Donald Trump is held by a demonstrator outside of the Thompson Center protesting restrictions instituted by Illinois Governor J.B. Pritzker to curtail the spread of the coronavirus COVID-19 on May 01, 2020 in Chicago, Illinois. (Scott Olson/Getty Images)

“The thing that bothers me the most is that, I know it’s permissive, but we’re telling schools that if you don’t use these standards you cannot teach sex ed,” he added.

However, as NPR reported, openly gay state Rep. Kelly Cassidy (D) promoted the adoption of the LGBTQ curriculum, arguing the standards would help to prevent children from feeling ostracized and suicidal.

Abortion industry and LGBTQ activists celebrated the new law, claiming the type of sex-ed information they condone will help to bring about an end to bullying and harassment of transgender children.

However, Monica Cline, a previous Planned Parenthood sex-ed instructor who became founder and director of It Takes A Family, said in an earlier comment to Breitbart News:

By looking at the standards and resources the National Sex Education Standards provide, states who encourage adoption of this content are advocating for the abuse of our children by exposing our kids to obscene sexual notions and inappropriate ideas for their age. Put simply, they are enticing and grooming our children for sexual activity.

The advocates for the NSES said the standards will provide children with “medically accurate and age-appropriate” education, even as the standards state that between grades K-2 children should learn to “define gender, gender identity, and gender role stereotypes.”

Also, between grades 3-5, children are required to learn “the potential role of hormone blockers on young people who identify as transgender.”

These students are also required to “list at least four methods of contraception that are available without a prescription (e.g., … condoms, emergency contraception, withdrawal)” and to “describe … pregnancy options, including … abortion.”

In the high school years, students are required to “define reproductive justice” and explain how it relates to sexual health. Additionally, they must “analyze” how “homophobia, transphobia, racism, ableism, classism” can “influence decisions regarding sexual behaviors.”

The NSES were developed by Advocates for Youth, Answer, and the Sexuality Information and Education Council of the United States (SIECUS).

Since 2015, SIECUS has partnered with abortion industry giant Planned Parenthood and LGBTQ activist groups such as GLSEN and the Human Rights Campaign (HRC) to lead comprehensive sex-ed programs in schools throughout the country.