Former Tory leader Sir Iain Duncan Smith said that the Biden administration’s attempts to blame Britain for the Islamist suicide bombing at the Kabul airport are “reprehensible” and that the true blame lies with the embattled American president.

Leaked Pentagon notes obtained by POLITICO claimed that despite intelligence warnings of a potential terror attack, the American military decided to keep the Abbey Gate entrance to the Kabul airport open to allow British forces to continue evacuation efforts.

The British government has denied the veracity of the reporting, with Foreign Secretary Dominic Raab stating the “story was simply untrue”, noting that the Abbey Gate was not required to be open for UK forces to continue their operations.

The attempt to shift blame for the horrific attack, which lead to the deaths of thirteen American servicemen, two British nationals, and an estimated 170 Afghans, comes amid increased strain on the so-called Special Relationship between the UK and the United States under President Biden. 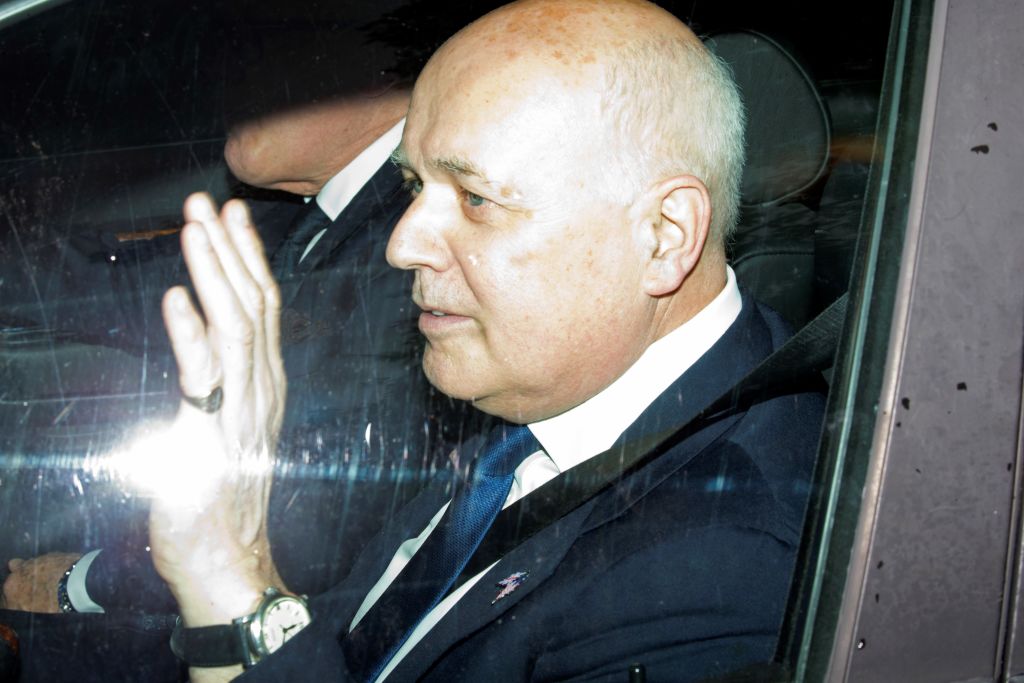 Commenting on the apparent attempt to shift blame onto Britain, former Conservative Party leader Sir Iain Duncan Smith told LBC on Tuesday: “President Biden was responsible for those decisions which, I believe, were critical in the course of the events that we’ve seen unfolding.

“I do think now to attempt to try and brief against the UK on the suicide bombing is reprehensible really, because, you know, if the American government or the American military were very serious about shutting the gates, they would have shut the gates.

“I think this idea that it was down to the idea that the British were begging them to keep them open, I think is a little bit mean-spirited on them and probably wrong.”

“To attempt to try and brief against the UK on the suicide bombing is reprehensible,” Sir Iain added on social media.

The longer Joe Biden continues his 'Crisis? What crisis?' pantomine the sooner allies like the UK will start to turn on himhttps://t.co/5gtutd3Wu0

While President Biden has said that the “buck stops with him” for the deaths of the 13 Americans, however, quickly after making the statement, he attempted to blame former President Donald Trump for the botched withdrawal efforts because of the peace deal signed last year.

Mr Biden has also attempted to blame his own generals for the disastrous decision to abandon the secure and defensible Baghram airfield, resulting in evacuation efforts being solely confined to the Taliban controlled Kabul airport.

Harsh criticism from British MPs and leaked comments from the government on the mental condition of the American leader after the UK was reportedly left in the lurch for 24 hours by the Biden administration during the recapture of Kabul by the Taliban.

According to a report from the Sunday Times, government figures in Britain said that Biden “looked gaga” during the “completely mad” press conference following the ISIS-K terror attack on the Kabul airport.

Tugendhat, who is a veteran of the Afghanistan War, said of President Biden’s criticism of Western-backed Afghan forces: “Those who have never fought for the colours they fly should be careful about criticising those who have.”

The critiques have apparently ruffled feathers in Washington, with an administration insider saying that the British should be “careful” because Mr Biden “holds grudges“.

“The Brits have their view. But they should be careful. What’s been said is offensive and he will remember it. He actually has a long memory,” a DC source told The Times.

“It’s always been his way that if somebody says something really bad to him, or about him, he doesn’t speak to them again. He does bear grudges. Boris Johnson should know that,” they warned.