Asked during a nearly two-hour interview at his golf club last week what reforms he thinks could fix the system and restore confidence in American elections, Trump listed several things he hopes states will implement to reform the system.

Canada does use paper ballots. In fact, late last year in November 2020, Canadian election officials made that clear in a public statement:

Elections Canada does not use Dominion Voting Systems. We use paper ballots counted by hand in front of scrutineers and have never used voting machines or electronic tabulators to count votes in our 100-year history. #CdnPoli pic.twitter.com/dp7ZiB84ql

Trump also said during the interview he is encouraged by some actions taken at the grassroots level to reform elections across the country, particularly in Texas where the state legislature just cleared final hurdles to get a bill through to Gov. Greg Abbott (R) who is expected to sign it soon. Trump, though, had harsh words for Georgia — the state’s new law has been viciously criticized by the left, but Trump thinks it does not go far enough. He said Gov. Brian Kemp (R) weakened the proposal.

Trump also said that Republicans need to focus not just on the future — 2022, 2024, and beyond — but also on exposing what he says happened last year.

He pointed to various audits from around the country, like in Arizona, Georgia, Michigan, Wisconsin, and Pennsylvania as important. But he said the establishment media ignoring voter fraud and election issues make it harder to get his side of the story out.

“Here’s the question. This is a new phenomena. This is what happens with Communism. You can’t have a scandal if nobody writes about it.” Trump said, “Look at what they’re finding in Georgia. Look at what they’re finding in Arizona. I mean, Arizona they want to recheck and double-check — people can’t even believe. Look, that’s being done by the Senate, not by me. But people can’t believe the kinds of numbers coming out. They’re massive. Now, you’re starting in Wisconsin. Now, Pennsylvania is moving because they said, ‘wait a minute.’”

Trump is also watching what is coming out from broader national pushes to investigate what happened last year. Asked about a recent report on a forthcoming investigation from True the Vote — one such election integrity group — that claims it has obtained cell phone GPS ping data from hundreds of alleged “ballot traffickers” who allegedly went to multiple ballot drop boxes in key cities in a number of these swing states multiple times, Trump said he thinks it is a “big deal.”

The group says it has obtained surveillance video from ballot drop boxes in Georgia to back up its case and those videos will be coming out soon, as Breitbart News has recently reported. 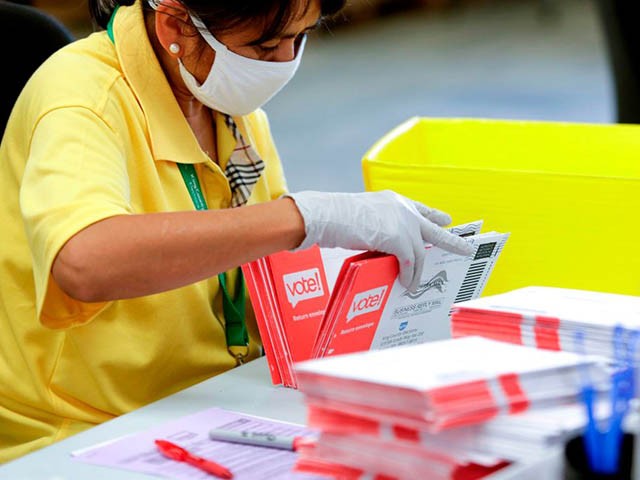 Adams, who joined Breitbart News Saturday on SiriusXM 125 the Patriot Channel after the Trump interview this past weekend to explain his report, said 2020 was “the worst way to run an [American] election.”

“This is not data that we are speculating about,” Adams said. “This is federal data, and that’s where we get the 15 million number. Fifteen million ballots were sent in the mail last year that never ever came back and were counted.”

Ken Blackwell, a longtime conservative activist and former mayor of Cincinnati, Ohio, who serves on the board of Adams’s group PILF and also as the chairman of the America First Public Policy Institute’s Center for Election Integrity, told Breitbart News the two groups and others are digging into what happened in 2020.

“In combination, we have shined a light into the dark corners of the 2020 election, and we are going to continue to beat the drum for transparency. And we are going to litigate, and we have a track record of winning,” Blackwell said.

“There were disturbing patterns of irregularities and constitutional transgressions that took place in the 2020 election,” Blackwell added in a phone interview. “One of the things that makes you go ‘huh?’ is that President Trump was the first president to get 11 million more votes in his reelection effort than his first election, and he lost. Joe Biden won the election with a record low percentage of counties in which he won. The voting public is demanding transparency and a deep dive. While there is no constitutional provision that would boot Joe Biden out of office, there is sufficient evidence that a federalized system which is being proposed by the Democrats and the radical left would undermine states’ rights and common-sense practices that tighten the chain of custody of ballots and establish verification systems that make it clear that people are who they purport to be.” 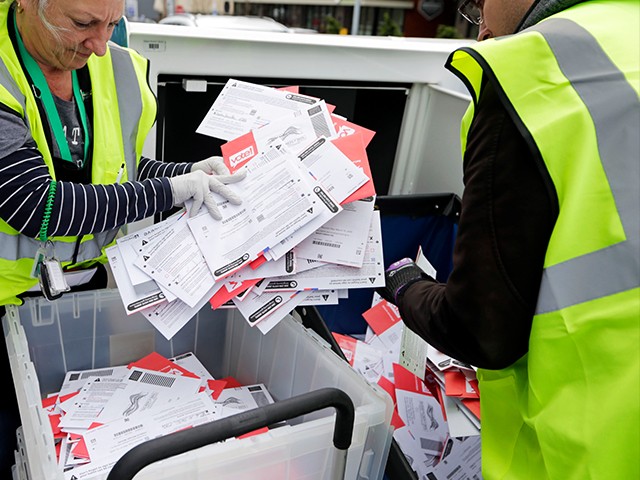 Blackwell also serves as the co-chair of the bipartisan International Foundation for Electoral Systems, which he said gives him unique insight into elections worldwide. “There is not another country in the world that uses mail-in ballots on the scale we did in 2020,” Blackwell said. “To top it off, unlike a couple states in the country that use primarily mail-in ballots, most states don’t have the competency to do it without problems.”

Blackwell said in addition to the fact no other countries use mail-in ballots to the extent the United States did in 2020, “most advise against it.”

“There is a reason why you have an election day and that is because you have people voting at this same time at the precinct level and that helps with the verification process,” Blackwell said. “The further we get from voting on the same day, the more risk we take on the chain of custody and verification processes. It’s consistent with balloting all over the globe. The same Biden clown car that gave us the Afghanistan mess wants to take control of our elections. That’s what they want to do with federalizing elections.”