Rep. Thomas Suozzi (D-NY) said Tuesday he would not support the $3.5 trillion infrastructure bill if Democrats would not increase the state and local tax (SALT) deduction, which primarily benefits wealthy Democrat states.

“No SALT, no deal,” Suozzi, a House Ways and Means Committee member, said Tuesday. The committee, which writes tax policy, will have large sway over the crafting of the $3.5 trillion infrastructure bill.

Republicans limited the SALT deduction to decrease most Americans’ taxes with the Trump Tax Cuts and Jobs Act. The Trump tax bill limited the SALT cap to $10,000. Increasing the SALT cap would primarily benefit taxpayers making more than $100,000 per year in many wealthy blue states such as California, New York, and New Jersey. 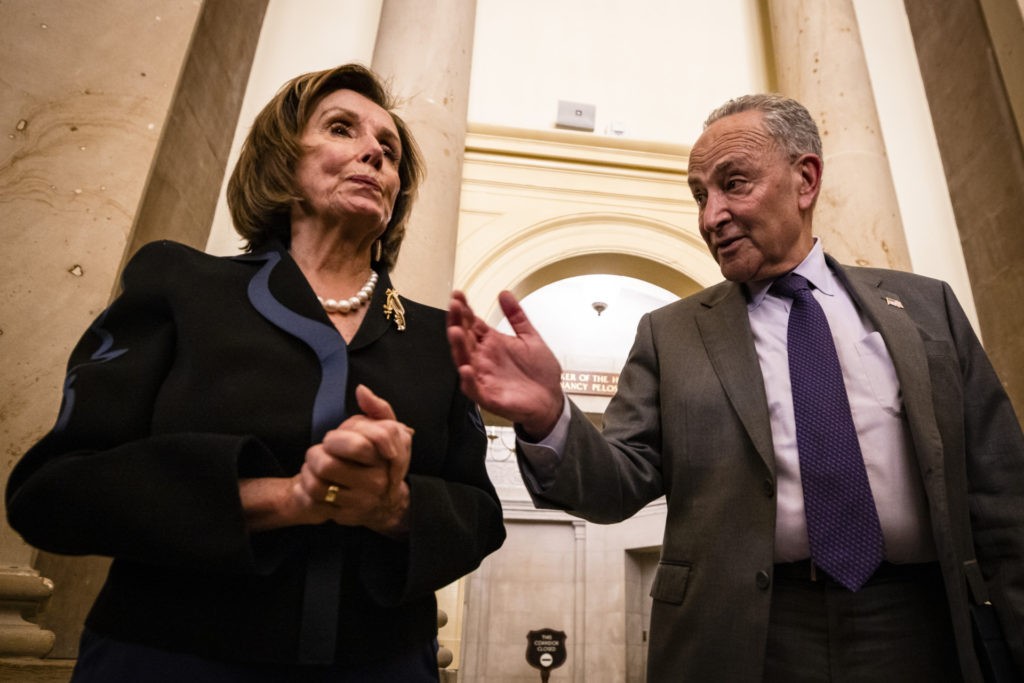 WASHINGTON, DC – JUNE 23: (L-R) U.S. Speaker of the House Nancy Pelosi (D-CA) and U.S. Senate Majority Leader Chuck Schumer (D-NY) talk to reporters after a bipartisan group of Senators and White House officials came to an agreement over the Biden administrations proposed infrastructure plan at the U.S. Capitol on June 23, 2021 in Washington, DC. After initial negotiations between the White House and Senate Republicans fell through a new bipartisan group of Senators came together with the hopes of reaching a deal for a much need infrastructure spending plan. (Photo by Samuel Corum/Getty Images)

Progressives have decried any Democrat attempts to raise the deduction.

Rep. Alexandria Ocasio-Cortez (D-NY) called the deduction a “giveaway to the rich” and a “gift to billionaires.”

Sen. Bernie Sanders (I-VT) said this spring that raising the SALT cap would send a “terrible, terrible message when you have Republicans telling us that this is a tax break for the rich.”

However, the Democrats passed the budget resolution, which contains language that would allow the Democrat-controlled chambers of Congress to raise the SALT deduction.

Pelosi only has a three-vote majority in the House and cannot afford to lose many of the moderate Democrats clamoring for an increase in the SALT deduction. She also cannot alienate progressives that oppose changes to the SALT deduction.

Suozzi said, “I’m certain that we have enough people interested in this topic” to block the reconciliation infrastructure bill.