“Christians who remain in Afghanistan are at risk of being hunted down and killed by the Taliban now that the Islamist group has regained control of the country and, on 7 September, announced the formation of a new government,” the Barnabas Fund declared.

The new government has made it clear that it intends to rule according to a strict interpretation and application of Islamic law.

“In the future, all matters of governance and life in Afghanistan will be regulated by the laws of the Holy Sharia,” said Taliban supreme leader Haibatullah Akhundzada in a statement Tuesday, a stipulation that renders Christians’ lives forfeit.

Since Afghan Christians are first-generation converts, they, together with their children, “will be considered apostates (murtadd) from Islam” and are liable to the death penalty according to sharia law, the Barnabas Fund noted.

Earlier this month, Sam Brownback, former U.S. ambassador-at-large for international religious freedom, warned that the situation for Christians in Afghanistan has become a matter of life and death. 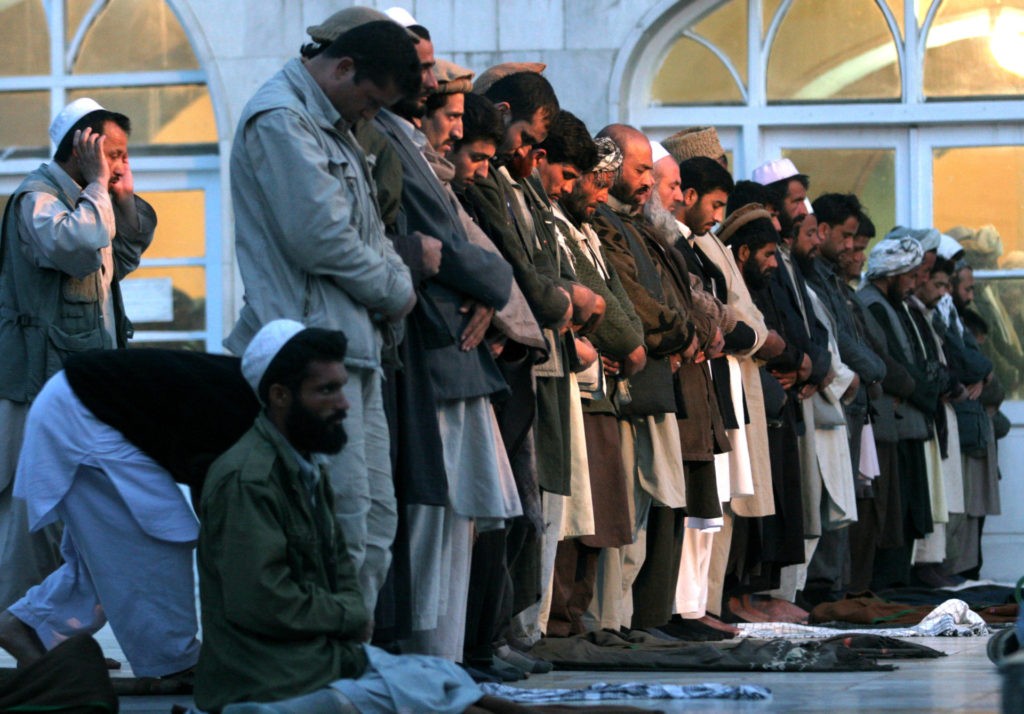 Afghans pray at the Puli Kheshti mosque in Kabul, Afghanistan. The Afghan man who had faced a death sentence after he converted from Islam to Christianity has left Afghanistan, says foreign legal expert connected to the case. (AP Photo/Rodrigo Abd)

In an interview with the National Catholic Register, Brownback noted that under Taliban rule, Christians are “extraordinarily vulnerable,” and since they were given no way to exit, “they’re getting desperate to flee.”

“I’ve got lists myself of hundreds of individuals trying to get out — mostly it’s a combination of Christian converts and NGO (nongovernmental organization) workers, local NGO workers that were associated with Western NGOs,” Brownback said.

The Taliban’s understanding of apostasy and its consequence is inimical to the Western mindset, notes Patrick Sookhdeo, international director of the UK-based Barnabas Fund.

“Islam stands alone among world religions in officially prescribing a range of severe punishments for any of its adherents who choose to leave their faith – punishments that include the death sentence,” Sookhdeo said in his 2009 book Freedom to Believe: Challenging Islam’s Apostasy Law.

There are a number of Islamic hadith used to support the execution of apostates, the Barnabas Fund observed, the most commonly cited being Bukhari, Vol. 9, Book 84, No. 57, which chronicles “the statement of Allah’s Apostle, ‘Whoever changed his [Islamic] religion, then kill him.’”

Another cites Muhammad as prescribing death for “the one who reverts from Islam and leaves the Muslims.”