“They’re only accountable to each other, it’s the same group of people who end up resurfacing over and over again,” Marlow said of Washington bureaucrats during Tuesday’s Turning Point USA (TPUSA) Live livestream.

“And who investigates these things? No one investigates them, other than the people who approved them to begin with eight months ago and aren’t going to undo their own work,” the editor-in-chief added.

Marlow went on to say Blinken “knows he’s safe so long as Biden and the people controlling Biden want him to be safe.” 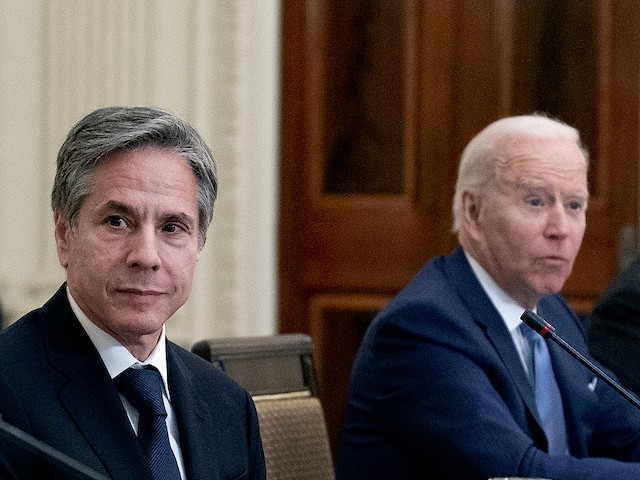 U.S. President Joe Biden and Secretary of State Antony Blinken participate in a meeting with President Moon Jae-in of the Republic of Korea in the State Dining Room of the White House on May 21, 2021. (Stefani Reynolds-Pool/Getty Images)

“And this is why he is so confident,” Marlow affirmed.

During Tuesday’s hearing, Blinken was slammed by GOP senators, one of whom — Sen. Ron Johnson (R-WI) — blasted the secretary of state as delusional for painting a rosy picture of the Biden administration’s fatally flawed withdrawal from Afghanistan.

Marlow mentioned one moment in particular in which Blinken “got a little flustered” after Sen. Rand Paul (R-KY) asked him to explain if the U.S. knows which people it is currently droning.

“Because we just droned ten people to death, and it’s clear from reports from the establishment media we don’t know exactly who they are,” Marlow said.

“We should know exactly who we’re droning at all times, and there should be accountability, and [Blinken]’s so confident there won’t be any,” Marlow added.

The editor-in-chief also joked that Blinken comes off as a “cyborg.”

“The AI is here,” Marlow said of Blinken. “It is walking among us — it is amazing how he is so robotic.” 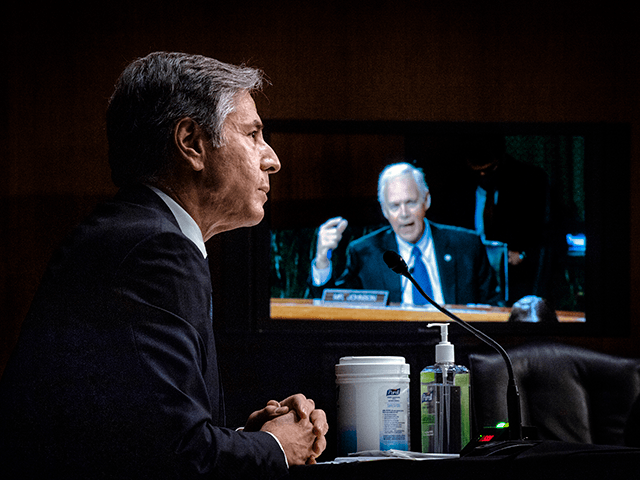 Turning Point USA founder Charlie Kirk — who was also present during the livestream — offered his take on the cyborg theory:

“I think he’s been uploaded with certain ways of responding, like an automaton,” Kirk quipped. “That’s the Pete Buttigieg way of going about it: Don’t make any enemies, just kind of dodge every question.”

“But if you could, why choose a human exoskeleton to put over your cyborg, why wouldn’t you look like Arnold Schwarzenegger? I mean, if you could choose it, why would you choose the Buttigieg model?” asked TPUSA contributor Benny Johnson. 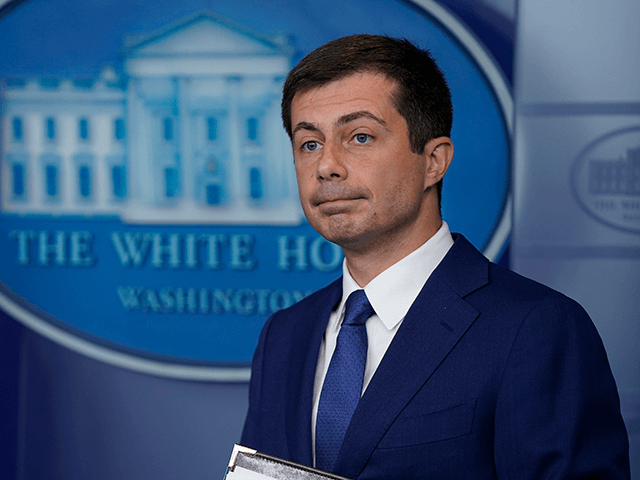 Secretary of Transportation Secretary Pete Buttigieg listens during a press briefing at the White House, Wednesday, May 12, 2021, in Washington. (AP Photo/Evan Vucci)

“Because Blinken is so unassuming,” Kirk replied.

“He hides in plain sight,” Marlow answered. “This is a career bureaucrat, he’s made tons of money.”

What people don’t also know about Blinken is, in between working the Obama administration and the Biden administration, he had this company called WestExec, and what they would basically do is be the go-betweens between getting contracts for the big players in Silicon Valley and our Pentagon. And he would, of course, make bundles and bundles of cash.

And this unassuming demeanor, this almost sort of pathetic, lack of personality that he has is effective in getting rich and powerful in Washington. That’s the reality.

“We’re not led by these dynamic figures — unless a Donald Trump, or even a Barack Obama, comes in sort of unexpectedly,” Marlow said. “The town is a bunch of squares other than that, and Blinken is the chief example of this.”