One veteran police officer from San Jose, California, is leaving the force over the city’s vaccine requirements, representing just one of many first responders who are facing the same fate.

“First of all, it’s my religious belief. I also believe I’ve been given a choice about what to do with my body,” Sgt. David Gutierrez, who is leaving the San Jose Police Department, said.

According to NBC Bay Area, Gutierrez “spent 23 years with the San Jose Police Department before retiring in 2019 and returning as a reserve officer.”

This photo of San Jose reserve officer Dave Gutierrez was taken on his last day on the job.He says he resigned because of San Jose’s new vaccine mandate requiring all city employees show proof of being vaccinated or apply for an exemption. Gutierrez is not vaccinated. pic.twitter.com/vqvo7LkDhb

Gutierrez on Monday sent a letter to the city manager expressing his concerns over the city’s vaccine mandate requiring employees show proof of vaccination or get a medical exemption. Employees that are unable to show either would face disciplinary action, including termination.

“Disciplinary action is when you have done something wrong,” Gutierrez said. “I have done nothing wrong — by making a choice not to be vaccinated why would you be disciplined?”

The city’s vaccination policy requires city employees to be fully vaccinated by September 30.

“Vaccination remains the best and most effective tool in preventing COVID-19 and its harms; evidence shows that even against the delta variant, fully vaccinated individuals have substantial protection against severe illness, hospitalization and death,” the city said in a statement last month.

“I’m not anti-vaccine. I don’t tell people, ‘You shouldn’t get it.’ But when it comes to my body, it’s my choice about what I want to put in my body,” Gutierrez said. 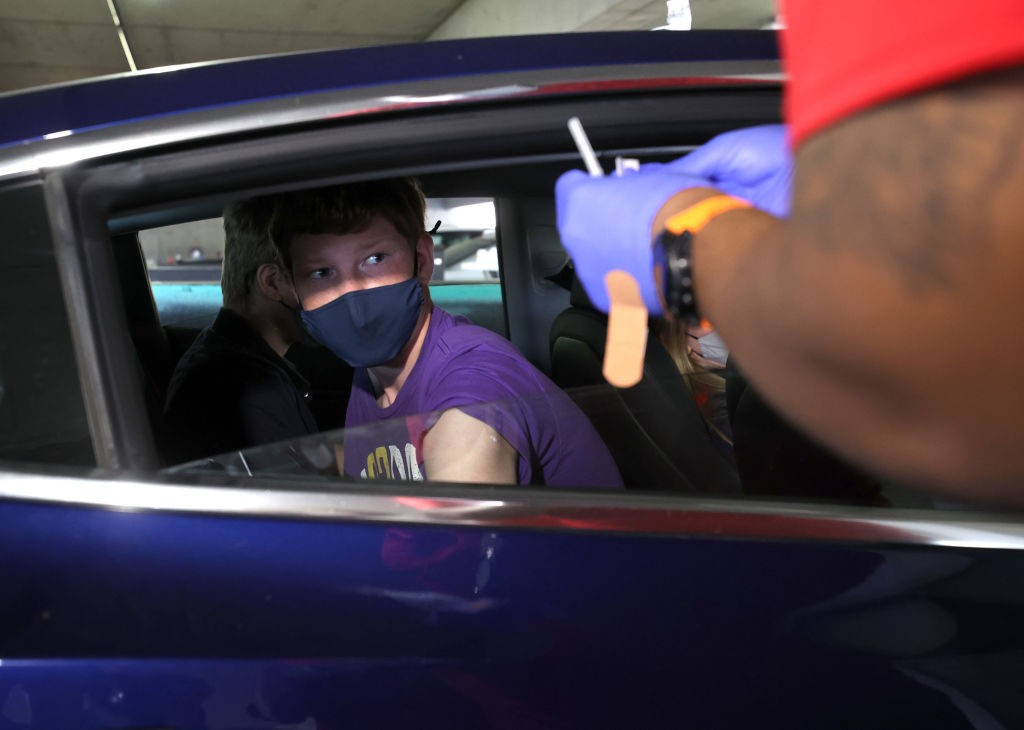 Ciaran Ford-Hemann, 12, watches a nurse as he prepares to receive a Pfizer COVID-19 vaccination at a drive-thru vaccine clinic on May 13, 2021 in San Jose, California. (Justin Sullivan/Getty Images)

According to the police officer’s association, there are dozens of officers in the city, “roughly 150,” who are either unvaccinated or have not revealed their status.

“Losing even a fraction of them would be a blow to a department that’s chronically understaffed,” KPIX reported.

“If they let go police officers who’ve been here five years, 10 years, 15 years, you can hire somebody else, but you’re not going to hire that experience though,” Gutierrez warned.

He is just one of many first responders who face the same issue. Orange County firefighter Maria Bernard spoke at Florida Gov. Ron DeSantis’s (R) press conference last week and expressed concern over the vaccine mandates forced upon first responders.

“No one should be forced to have to choose between their beliefs and their bodily autonomy or their job and risk losing everything they ever worked for in life to be left with no way to survive,” she said.