The MIGOP, in conjunction with Republican donor Ron Weiser, charged that Whitmer — who has had a number of wealthy donors contribute hundreds of thousands to her reelection campaign — illegally collected individual donations exceeding the state’s set limit of $7,150, per campaign finance law MCL 169.252.

Attorney Charlie Spies, who is representing the MIGOP, said, “Every day that Secretary Benson allows Gov. Whitmer to keep her war-chest built with unlimited contributions is an ongoing irreparable harm to the First and Fourteenth Amendment rights of Plaintiffs Weiser and Michigan Republicans.”

The move by the MIGOP comes on top of the Michigan Freedom Fund (MFF) filing its own set of ethics complaints, against Whitmer and against ten of her top donors. 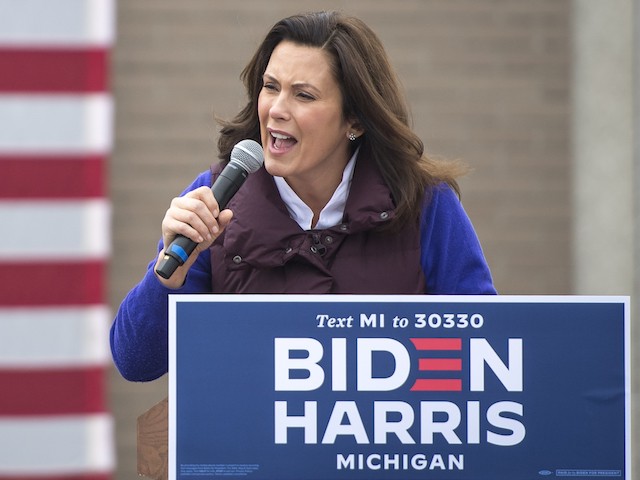 Whitmer’s campaign argued in response to MFF that various recall efforts against her exempt her from following the contribution rule, per a secretary of state ruling from the 1980s.

Whitmer’s campaign spokesman Mark Fisk told M Live in July that MFF’s initial complaint was “completely ludicrous and without merit. There have been nearly 30 recall petitions filed against Gov. Whitmer and Governors under threat of recall are exempt from campaign finance limits to defend themselves.”

The MIGOP’s complaint describes that reasoning from Whitmer as “disingenuous,” stating that “the war-chest Governor Whitmer has built through unlimited campaign contributions accepted under pretense of the Recall Exception has immediately and irreparably impacted Plaintiffs’ rights of Free Speech and Equal Protection.”

MFF, likewise, described Whitmer’s justification of accepting the funds as the “Whitmer loophole” and asserted that no serious recalls were being “actively sought” against the governor.

The group identified ten Whitmer donors last week, calling on Benson and the Bureau of Elections to investigate contributions from those donors. They include:

The MIGOP lambasted Whitmer for raking in the high-dollar donations, accusing the Democrat governor of believing she is “above the law.”

“Gretchen Whitmer continues to raise millions of dollars from donations that are well over the state’s contribution limits,” MIGOP Communications Director Gustavo Portela said. “While it’s no secret that she thinks she’s above the law and rules don’t apply to her, our lawsuit will ensure that her crony, Secretary of State Jocelyn Benson, applies campaign finance rules fairly to all candidates running for Governor.”