“The first email, dated January 28, 2015, was sent from Sam Jauhari, a Democratic donor with businesses in the Persian Gulf, who was helping spearhead the Libya project,” Business Insider reported Thursday. “It was addressed to Sheikh Mohammed al-Rahbani, another Obama campaign donor involved in the proposal. In the email, Jauhari is frank about what Biden would bring to the table, and what he says Biden wanted in return”:

Per phone conversation I met with #2 son. He wants $2 per year retainer +++ success fees. He wants to hire his own people – it can be close circle of people for confidentiality. His dad is deciding to run or not.

His positives are he is Chairman of UN World Food Program, son of #2 who has Libya file, access to State, Treasury, business partner SofS [Secretary of State] J. [John] Forbes K [Kerry] son and since he travels with dad he is connected everywhere in Europe and Asia where M. Q. [Muammar Qaddafi] and LIA [Libya Investment Authority] had money frozen. He said he has access to highest level in PRC [China], he can help there.

His negatives are that he is alcoholic, drug addict – kicked [out] of U.S. Army for cocaine, chasing low class hookers, constantly needs money-liquidity problems and many more headaches.

We should meet in Gstraad or London to decide next steps.

As part of the deal, Jauhari and his partners were purportedly promised a five percent finder fee for unfreezing the Libyan funds, which could have amounted to hundreds of millions of dollars. It is unknown if Hunter’s “success fee” would have been carved out from the five percent finders fee.

It’s not the first time Hunter has been in contact with big-money individuals. According to Hunter’s own book, Hunter obtained a special meeting with Jordan’s King Abdullah II purportedly about Syrian refugees. The Los Angeles Times noted that the king took “the meeting only out of respect for Biden’s father, the American vice president.” 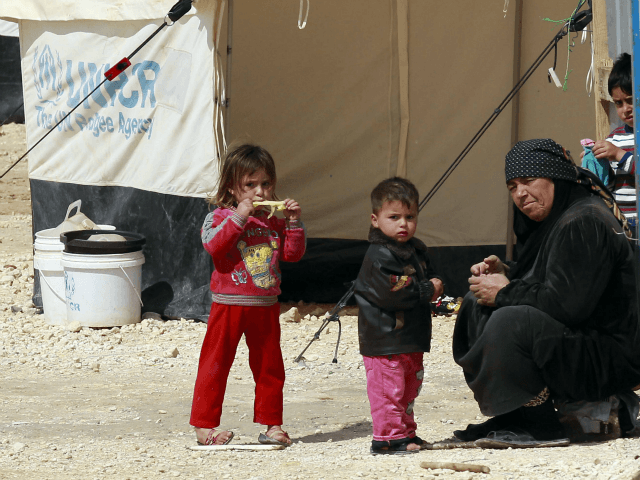 This picture, taken on March 15, 2014, shows a family at the sprawling desert Zaatari refugee camp in northern Jordan near the border with Syria which provides shelter to around 100,000 Syrian refugees. (Khalil Mazraawi/AFP via Getty Images)

“The only reason the king had agreed to meet,” Hunter wrote, “was out of respect for my dad. I guess you could chalk it up to nepotism, in the best possible way.”

In the second email, dated February 26, 2016, negotiations with Hunter apparently continued about unfreezing money in Libya.

According to Business Insider, “In it [the second email], Jauhari and al-Rahbani receive[d] a report by John Sandweg, a Washington lawyer who had served as acting director of Immigration and Customs Enforcement under Obama. Sandweg had reached out to Biden’s team about the Libya deal”:

I spoke with HB’s team yesterday. They are interested in the project, but emphasized that for them to get involved, the team (lobbyists, lawyers and PR) would need to be a small group of folks they have a tight relationship with. They do not want a large group involved and they only want people with whom they have a close relationship with due to the sensitivities surrounding their involvement.

Lawyer Sandweg confirmed to Business Insider he was communicating with the Biden team about unlocking assets in Libya. “They indicated they would consider it and I passed the message back,” Sandweg told the publication. “Jauhari wound up hiring a different law firm instead.” 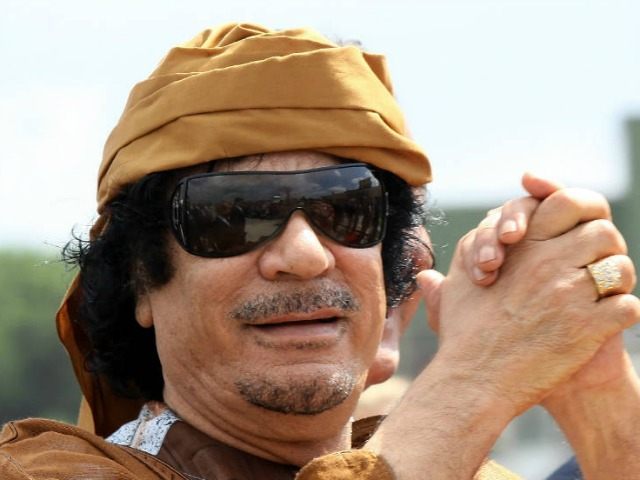 Jauhari, the White House, and Hunter’s attorney declined to comment on the Libya emails.

It should be noted the Libya emails are not from Hunter’s laptop that the FBI is reportedly scouring for potential wrongdoing in which Hunter may have partaken.

Hunter’s Libya emails are the second bombshell to drop this week about Joe Biden’s family. According to Ben Schreckinger’s new book, The Bidens: Inside the First Family’s Fifty-Year Rise to Power, Hunter’s laptop material is genuine.

The book details “evidence that Hunter did ‘receive a 2015 email’ from an executive of the Ukrainian energy company Burisma, ‘thanking him for the chance to meet Joe Biden,'” highlighting Joe’s direct involvement with Hunter’s business schemes.

“In the emails that have come out as well, Hunter Biden is quite explicit. In one particular communication with his daughter, he’s basically complaining that he pays half of the entire family’s bills,” Schweizer said. “And he includes his mother and father in that and makes reference to pops.”

“So, the point is,” Schweizer continued, “all this enrichment that has been taking place is also flowing to Joe Biden indirectly through his son, but the fact of the matter is, he’s still a beneficiary, a direct beneficiary, of these foreign deals.”