Department of Defense data published in the Washington Post this week reveals that about 40,800 Afghans are currently living at U.S. bases, including Fort Bliss in Texas, Fort McCoy in Wisconsin, Fort Pickett in Virginia, and Fort Lee in Virginia.

Broken down, the most Afghans — about 12,700 — are living at Fort McCoy, while nearly 10,000 Afghans are residing at Fort Bliss, and another 9,400 are staying at Fort Dix in New Jersey. The bases have the capacity to house 50,000 Afghans. The current figures indicate that just four of the bases are close to being at 100 percent capacity. 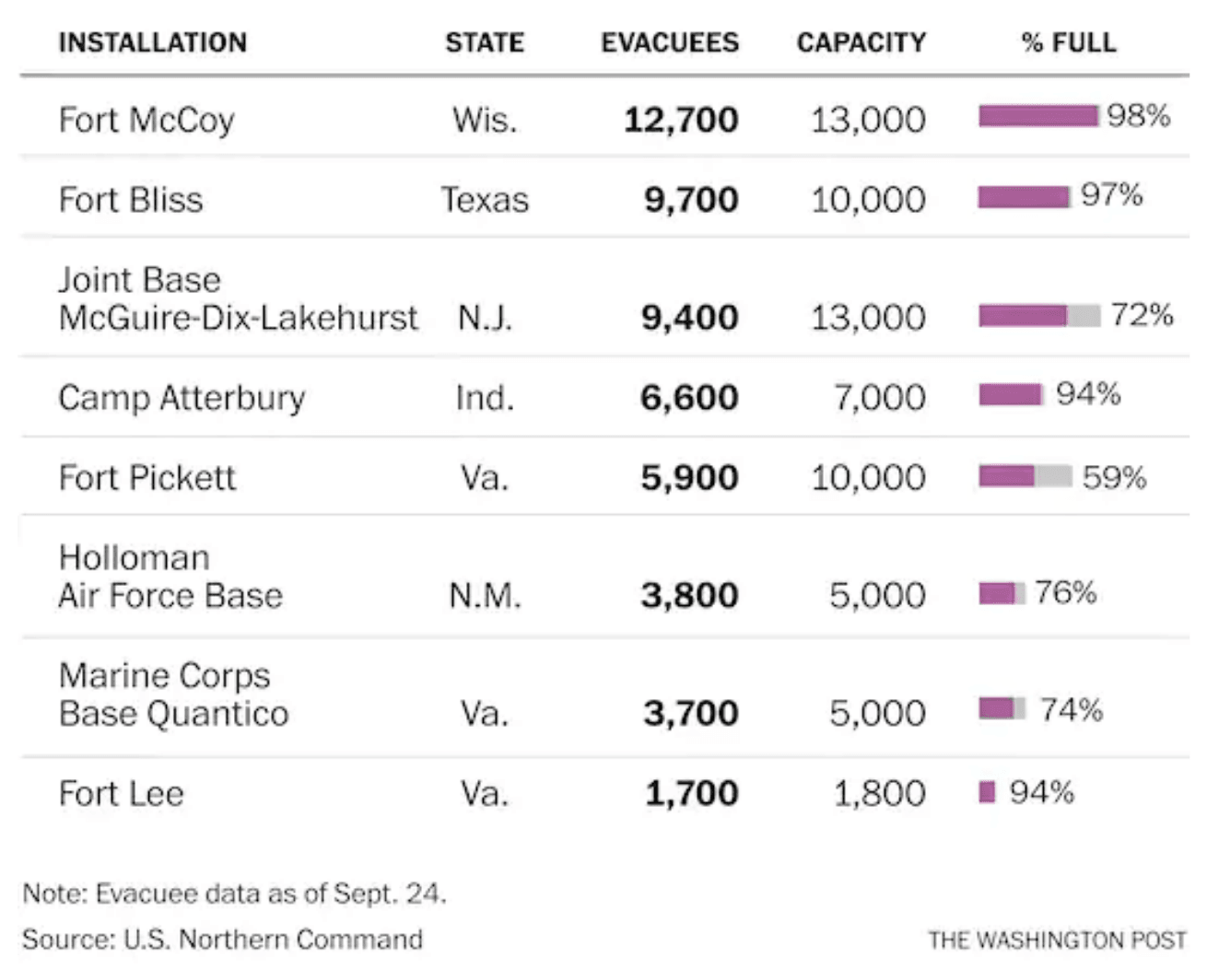 The temporary housing of Afghans at U.S. military bases is only the beginning of the Biden administration’s resettlement operation. Afghans secure stipends, sometimes $1,250, after getting to the bases with plans to eventually be resettled across one of 46 states.

Last week, House Democrats passed a spending package that would aid Afghans in that resettlement by funding the operation to the sum of $6.4 billion. The package includes cash assistance and covering housing costs for Afghans.

Already, refugee resettlement costs taxpayers nearly $9 billion every five years. Over the course of a lifetime, taxpayers pay about $133,000 per refugee and within five years of resettlement, roughly 16 percent will need taxpayer-funded housing assistance.