A skateboarder was caught on camera splashing grey paint into the face of a George Floyd statue in New York, the New York Police Department Hate Crimes (NYPD) tweeted on Monday.

The vandal defaced the bronze bust of Floyd in Union Square Park at around 10:15 a.m. on Sunday, according to officials. Police are asking for the public’s help in identifying the suspect.

The NYPD also tweeted a close-up photo of the suspect, who appears to be carrying some sort of backpack and wearing a black hat, a dark green jacket, and black shorts.

The statue is part of Confront Art’s  “SEEINJUSTICE” exhibition and is one of three statues in the installation, which debuted on Thursday and opened to the public on Friday, CNN reported. The other two busts are modeled after Congressman John Lewis and Breonna Taylor.

Confront Art co-founder Andrew Cohen told CNN that a team of volunteers has already begun cleaning up the statue. 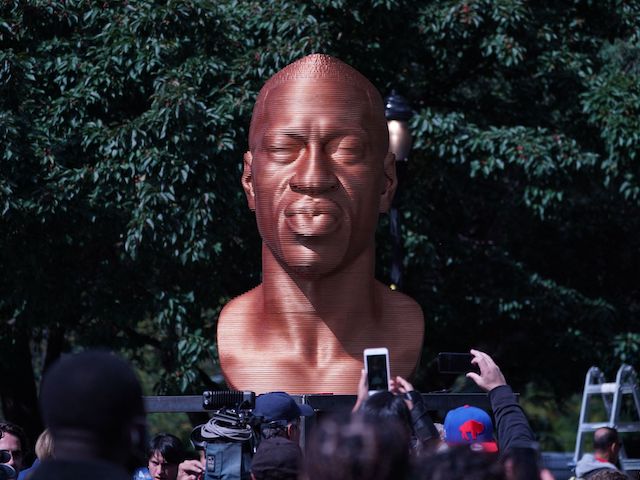 The same statue was defaced during its last appearance in Brooklyn, just a few days after it was unveiled on “Juneteenth.”

Police are investigating the incident as a hate crime.