Defund the Police sympathizers from the so-called “squad” reportedly spent nearly $100,000 on private security during the last filing quarter with the Federal Election Commission (FEC). 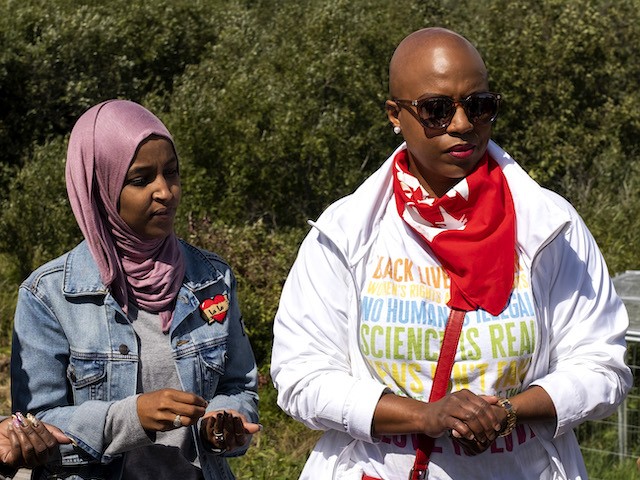 However, both Ocasio-Cortez and Pressley’s spending on private security were outweighed by both Reps. Ilhan Omar (D-MN) and Cori Bush (D-MO).

The FEC reports filed by the Minnesota Democrat show the congresswoman, who called the Minneapolis Police Department “rotten to the root” last year and said, “defund the police” is “not a slogan but a policy demand,” reportedly spent more than $22,000 on private security form two firms: Aegis Logistics LLC and Lloyd Security Services.

Bush spent nearly $65,000 on private security with a multitude of firms in the last filing, which was only from July to late September. Bush used Peace Security, RS&T Security Consulting, Aegis Logistics, Whole Armor Executive Protection & Security, and Nathaniel Davis. 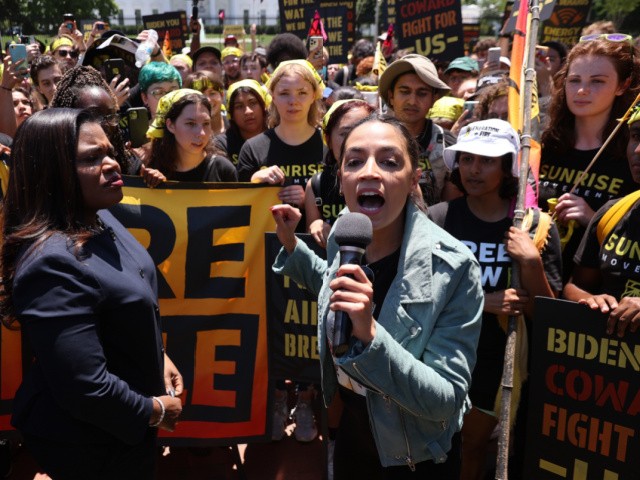 Rep. Cori Bush (D-MO) and Rep. Alexandria Ocasio-Cortez (D-NY) rally hundreds of young climate activists in Lafayette Square on the north side of the White House to demand that U.S. President Joe Biden work to make the Green New Deal into law on June 28, 2021, in Washington, DC. (Chip Somodevilla/Getty Images)

Fox News reported that some of the private security firms’ payments were sent to the same address as Bush’s campaign headquarters.

In August, Bush was confronted about her “hypocritical” spending on security by CBS News on live TV. “Some critics say that move is hypocritical. What’s your response to those critics,” they asked.

“They would rather I die? You would rather me die? Is that what you want to see? You want to see me die,” Bush questioned the reporter. “Because that could be the alternative. So, either I spend $70,000 on private security over the last few months, and I’m here standing now and able to speak.”

“I’m going to make sure I have security. Because I know I have had attempts on my life, and I have too much work to do. There are too many people that need help right now for me to allow that,” she added. “So, if I end up spending 200,000, if I spend ten more dollars on it, you know what, I get to be here to do the work. So, suck it up.

The report also noted, “the hiring of private police was paid for by the campaigns — meaning donor dollars that likely supported the ‘Squad’ members’ calls to defund police are now being used to rent private police.”