House Democrats have agreed to put a “Plan D” amnesty into the trillion-dollar “reconciliation budget,” according to press reports.

Plan D is needed because the Senate’s debate referee has excluded three prior plans — Plans A, B, and C — from the pending reconciliation budget, which the Democrats can pass with just their 50 votes in the Senate.

But the Democrats’ determined amnesty push is also hiding other proposals to flood Americans’ national labor market — and their overheated housing market — with more low-wage foreign workers and families.

The provision, a fallback known as the “Registry” proposal… would apply to those with provisional immigration status, as well as undocumented immigrants [living in the United States since 2010], giving them a track to legalization that activists have demanded for years. The House Judiciary Committee was instructed a week and a half ago to be ready to have text on this, according to one of the people with knowledge of the situation.

The House is expected to include the registry Plan D in the budget it sends to the Senate. The budget will also include “Plan C,” which would allow the nation’s population of more than 11 million illegals to get legal parole status. 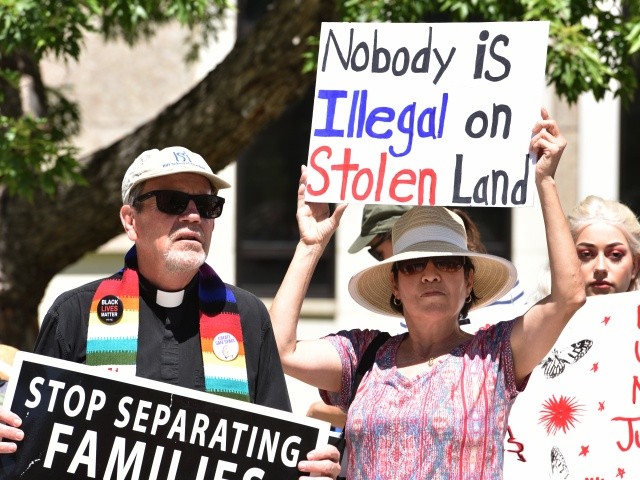 That parole status would allow millions of illegals to get work permits and exemptions from deportations, creating another social class of powerless people in the United States.

The Plan C option is shaky because the Senate’s debate referee, the parliamentarian, has already said that it is more of a policy goal than a spending program. The parliamentarian’s approval is vital because she is required to exclude policy issues from the pending reconciliation budget, which the Democrats can pass without any votes from the 50 Republican Senators.

Still, Plan C “looks like the best chance,” said Todd Schulte, who heads Mark Zuckerberg’s FWD.us lobbying group for West Coast investors. “We believe that would be transformative …. [but] this is really a right and narrow window … this is very uncertain,” he told an October event organized by the left-wing site, DemocracyJournal.org.

However, the media coverage of the amnesty issue is obscuring other huge immigration changes in the Democrats’ spending plans.

For example, the first draft of the House spending plan dramatically accelerates the inflow of chain migrants. Instead of inviting roughly 240,000 chain migrants per year, the House plan would allow roughly 3 million migrants over the next few years — and lift the annual inflow each year after.

That huge inflow would flood the labor market, lower Americans’ salaries, and also spike the cost of homes and rents. In early September, Breitbart News reported:

About four million people are now waiting many years to get one of the roughly 240,000 cards annually available for the foreign siblings and adult children of legal immigrants. The new bill would allow them to “Early File’” for conditional residency and work permits if they have been waiting for more than two years and can also fly into the United States.

The amnesty’s offer of residency to the 3 million chain migration migrants likely could create an additional inflow of 1 million per year — and an extra shortfall of roughly 800,000 apartments or homes. 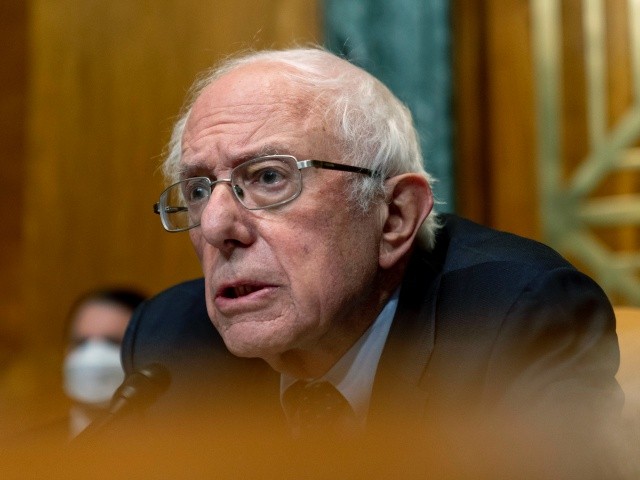 There’s already been considerable bipartisan consternation about the growing influence of Big Tech over every facet of American life, as well as the extraordinary financial power accumulated in recent years by a few Big Tech titans, relative to the gains enjoyed by middle-class workers. I find it astonishing, therefore, that the “Build Back Better” plan includes a provision that would so sever America’s working and middle class from the economic gains reaped by Big Tech CEOs.

These provisions will allow Facebook, Microsoft, Google, and numerous other technology companies across America to employ a functionally limitless supply of cheaper foreign labor in place of willing, able, and qualified American workers. It will also mean American workers currently employed by these companies will be far less likely to see wage gains or increased compensation because employers will have the leverage to easily replace them at less cost with workers imported from overseas.

The Fortune 500 companies and their subcontractors now employ at least 1 million foreign workers in white-collar jobs. That huge “green card workforce” diverts wealth from American graduates and gives the tech investors more control over research and competition throughout the tech sector.

The two proposals are entwined in Democrats’ subsidiary plan to create more green cards under the false claim that some green cards were not used in prior years.

Some Republicans are backing these migration plans, even though they would push Americans out of jobs, careers, and homes, and divert more wealth from the heartland to the coasts. For example, Rep. Mariannette Miller-Meeks (R-IA) is pushing bills to recreate green cards and to reward the Indian and Chinese visa workers who take jobs from Americans. The reward would be an offer of fast-track green cards for their children.

These large shifts in work laws have been hidden under the media’s erratic coverage of the Democrats’ amnesty plans. For example, the Washington Post’s article on the amnesty plans only refers to the changes in its final paragraph:

Democrats are exploring other ways to address immigration in the reconciliation bill, allotting approximately $100 billion to the matter in their blueprint. These include a program to “recapture” unused green cards to help clear the backlog of people waiting for them and change the fee structures for them.

A wide variety of pollsters have shown deep and broad opposition to labor migration and the inflow of temporary contract workers into the white-collar jobs sought by young U.S. graduates. This pocketbook opposition is multiracial, cross-sex, non-racist, class-based, bipartisan, rational, persistent, and recognizes the solidarity that Americans owe to each other.

For many years, the donor-funded GOP leaders, including GOP House Leader Kevin McCarthy and Rep. John Katko (R-NY) — and their staff — have downplayed the pocketbook impact of migration on Americans’ communities. One reason for this policy is to avoid making any campaign promises on immigration that would be opposed by the corporate donors. Instead, GOP leaders try to spin up the turnout of its base voters by spotlighting the non-economic visceral aspects of the migration problem, including crime by migrants, border chaos, and drug smuggling.