Ben “Grizzy” Griswold died before I could interview him.

I was put in touch with him in late 2020 by the HunterSeven Foundation (H7F), a non-profit that works tirelessly to save veterans exposed to toxic substances while serving in the military.

Ben was a Marine and a fighter. His illnesses began in 2011. He stayed strong throughout it all. He inspired people.

He grew up in the same area I did and I was looking forward to interviewing him. But I waited — part of me was nervous, part of it was the busyness of the holidays. I thought I had more time. I was wrong. 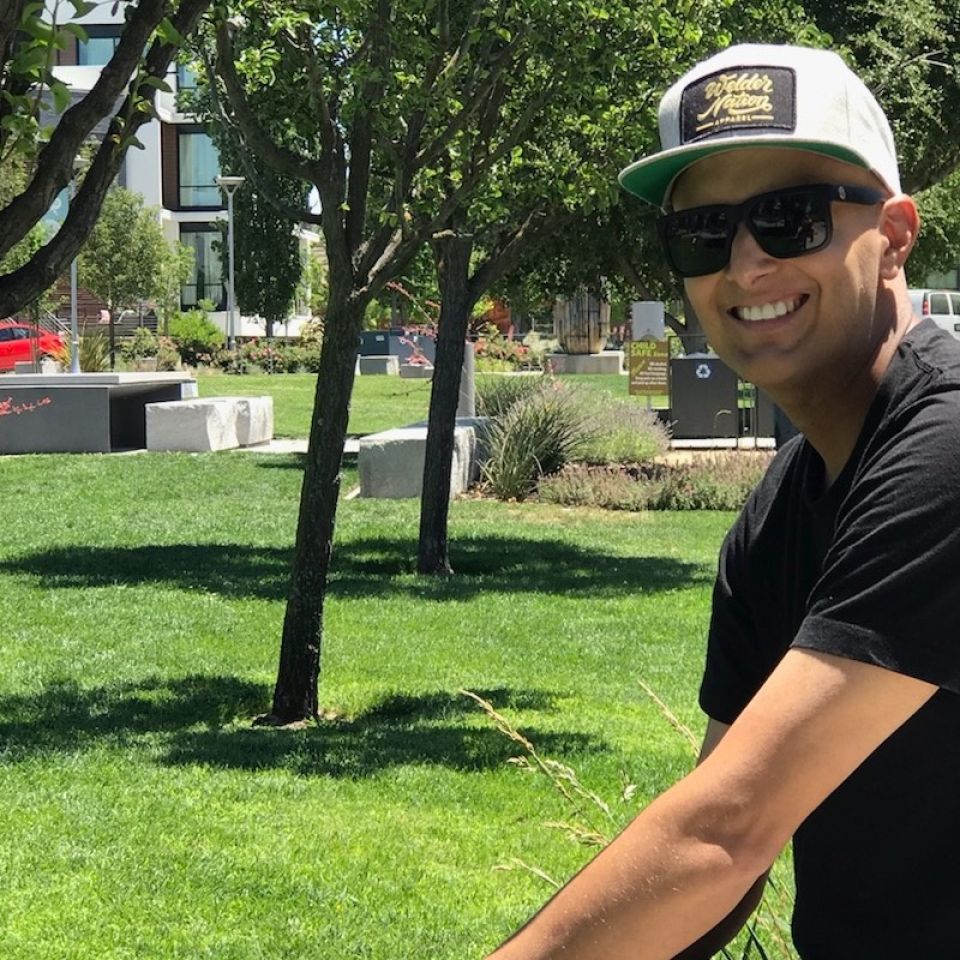 I got word he went to the hospital. I reached out to him via email. He wrote back. He was upbeat.

“Thanks for so much for reaching out! I hope this is a great conversation representing Veteran cancer victors as well H7F and their incredible work. As far as availability, Monday-Wednesday would be best next week. Please fit me into your schedule as you see fit, and I’ll make it happen,” he wrote on January 14.

He signed off, “To an amazing weekend, Ben Griswold.”

His wife Jessica said, looking back, she thinks he knew. That Christmas, she said there was something different.

“He was just in the moment and he’s never really in the moment — he’s always on his phone or whatever, but he really was in the moment. And looking back, did he know it was his last?” she said. “He was so present and it was like, gosh, was he reflecting on life?”

Ben grew up in a loving household in Antioch, California, with his mom, dad, and sister. His father was a Marine. He joined after high school, and did boot camp in San Diego.

He deployed three times — twice to Iraq and once to Afghanistan. He was ready to get out of the Marine Corps when he and Jess started dating. They had gone to high school together but were just friends. In Jessica’s last year of college, Ben messaged her on MySpace and they reconnected. He asked her out. She was teaching at summer camp at that time and showed up in her summer camp clothes, not realizing it was a date. He was all dressed up. 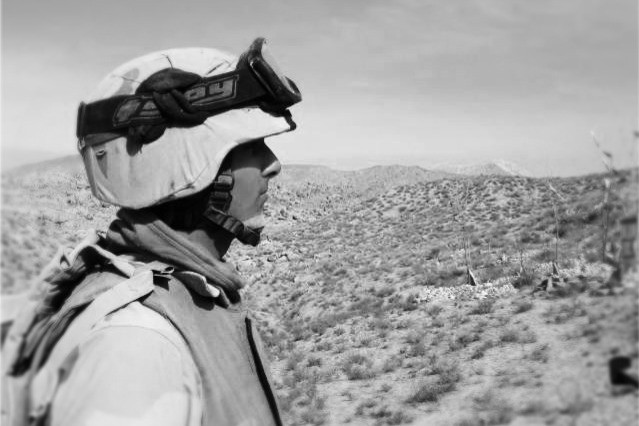 “That’s how our story began,” she laughed.

He moved back to California in 2006. Jessica became a teacher. They were married five years later in 2011 and two years later, she was pregnant with their first child. It was a bittersweet time.

The day after they found out she was pregnant, Ben was diagnosed with Hodgkin’s lymphoma at 28 years old. He had been having the night sweats and lumps were developing on his body. He started to look pale and skinny.

“He did it so well and gracefully, and he of course had his bad days, but we were surrounded by so much love and family,” Jessica said.

Ben finished chemotherapy in November 2011 and the couple celebrated their first son Oliver shortly after. Ben began welding, something he had always wanted to do. “Everything was working out perfectly,” she said. 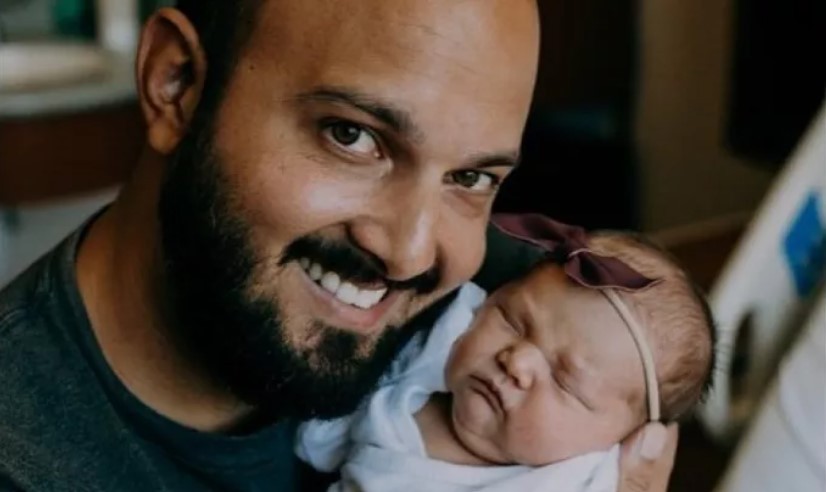 It was around this time that Ben started researching why he got cancer and if it was related to his military service.

He started looking into toxic exposures, especially uranium he believed he may have been exposed to in Iraq. He found out that a Marine who had deployed with him had passed away from throat cancer.

“He met with a lot of doctors. He did a lot of the research on his own. … He’s the one that advocated for himself,” she said.

He was surprised by the lack of support. He asked himself, “Where’s the support? I’m doing it for myself because I can, and I’m young, but what happens when people are 60 years old and nobody’s fighting for them?” 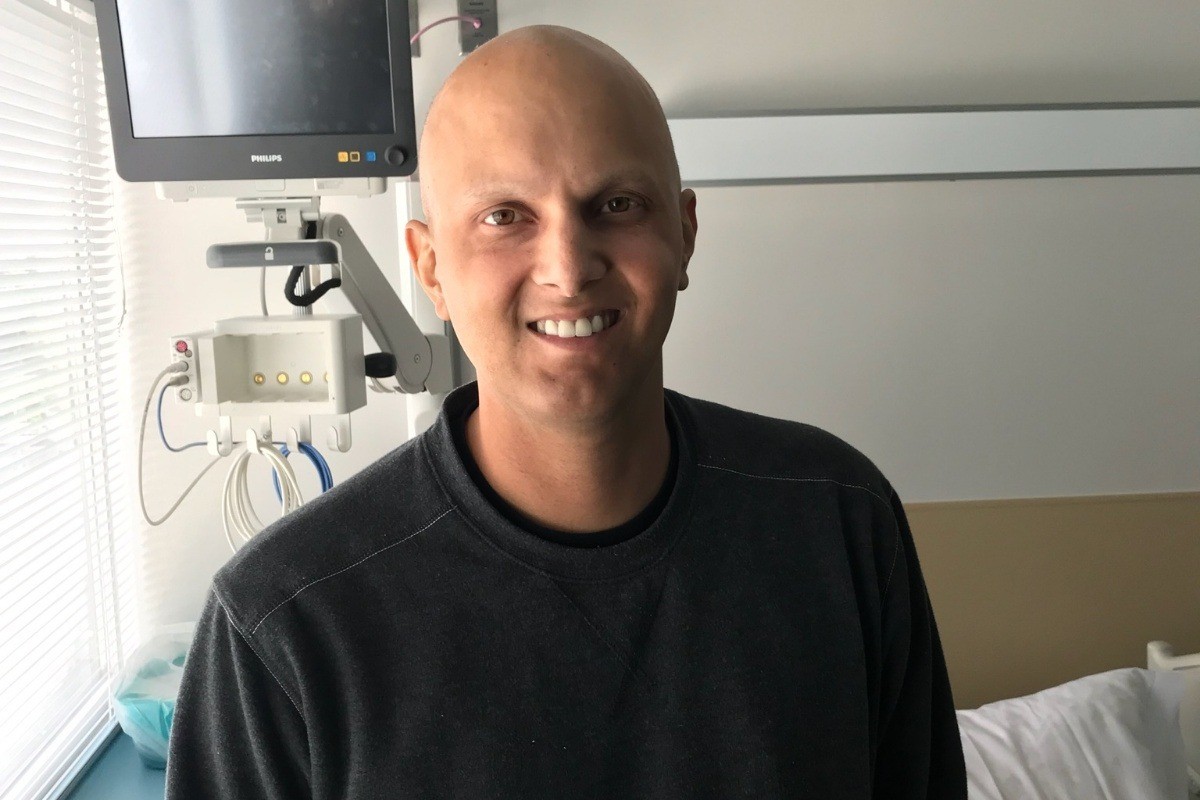 “I remember when Ben went in for one of his first checkups, gosh, it was maybe in 2011, he felt bumps and the doctor’s like, ‘Well, it’s just stress .. .maybe you have PTSD [Post-Traumatic Stress Disorder], let’s put you in therapy.'”

“So we’re like, ‘OK, well maybe it is stress. Maybe you need to relax. Maybe you need to just not go to work right now or whatever,” she said. “The doctor like pushed him off. And then sooner or later we found out, no, it’s not stress. It’s not PTSD. It’s cancer.”

He also had to fight to get more information about his deployments from the Department of Defense.

“A lot of it was classified information that they wouldn’t give to him. So it was really frustrating,'” Jessica said.

“I’m just worried about how many other veterans were there. What else were they exposed to? How would they find out, how do they get tested to prevent a horrific fight that Ben had to experience? I wouldn’t want that on anybody, Ben also said he wouldn’t want anybody else to experience the pain that he had,” Jessica said.

In 2015, they had their second child, Jack. “Everything was great.”

But it was just after they had their third child, Aria, when the cancer came back in late 2017. 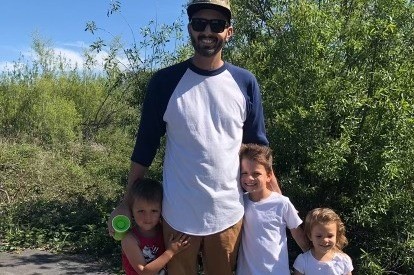 “That’s when it started happening again, his face was swelling up,” she said. “It was in November when he found another lump and by January, he was going through his treatments.”

Ben left for treatment in Seattle at the end of February 2018 and returned home in May. His father went to Seattle with him, and said it was a difficult time, but Ben made it back home.

Less than two years later, on December 12, 2019, he was diagnosed with acute myeloid leukemia. He underwent chemotherapy on and off for the next few months in Sacramento. Jessica said Ben was “adamant” about getting home and getting healthy.

“And he did, he looked so good. He looked strong and healthy. And then, in September [2020] it started all kind of falling apart,” she said.

Ben contracted graph–vs-host disease originating from stem cell transplants. Jessica said she thinks Ben knew he was not fit enough to fight it off this time.

“He said that to me in December or January, he said, ‘I’m just at my weakest. I’ve never been so weak in my life.’ I asked the doctor, I said, ‘What if medications are not working and what’s the alternative?’ And you said he would have to have new organ transplants and his body cannot. It’s so weak.'”

Ben had made it through so many things: multiple episodes with cancer, pneumonia, a lung puncture from a medical procedure, shingles, and C-Diff.

“He’d always say, ‘Don’t worry, I’m coming back. Don’t worry about this. This is temporary. I’ll be back,” she said. “And then from his hospital he would be checking in on people.”

“He always looked outside of himself,” she said. “He was so good at connecting with people, checking in on people, calling them. We’re so caught up in our day-to-day text messaging, Instagramming, but he actually picked up the phone and called people to check in.” 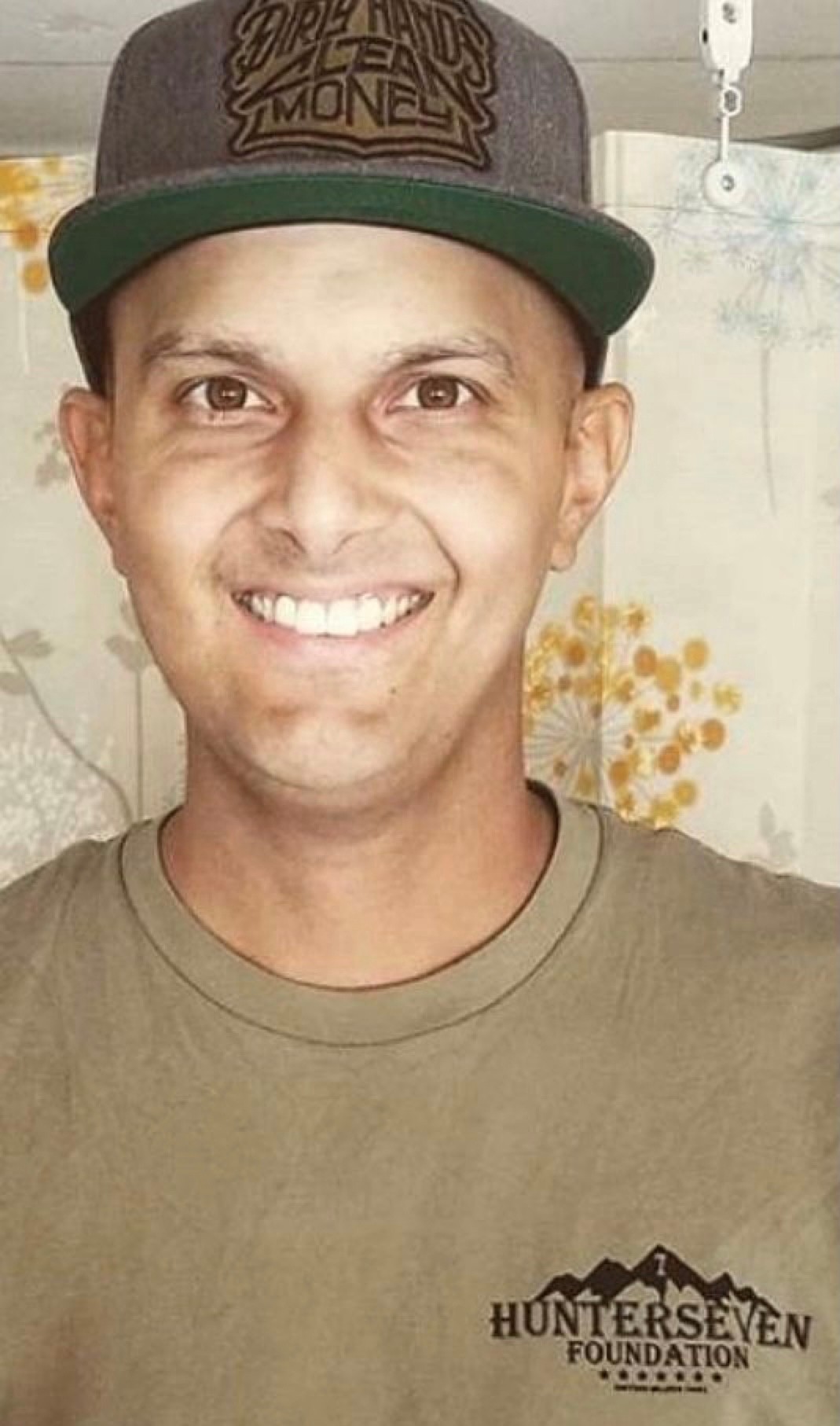 “He was outspoken, but my goodness, he had every right to be. He saw life in a different way and he saw life from the top of the summit,” she said.

Luckily, they had written them down and there are copies of his posts in his phone, which Jessica plans to repost someday.

Jessica is determined to keep Ben’s memory and legacy alive.

“He really died a hero and he died for his country. He died when he was in those burn pits, and exposures to everything that he’s been exposed to,” she said.

Jessica said she is learning that veterans who were exposed to toxic substances “died a long time ago.”

“Their body is slowly dying. … And that’s what makes me sad, but also proud that he served his country in the ultimate way. And I want the kids to know that,” she said.

It would have been 10 years of marriage this year.

Right before he died, he moved Jessica and the kids into a beautiful new home. She wonders if he did it knowingly, to provide her that comfort.

“He was one heck of a guy,” she said. “He was so peaceful when he was taking his last few breaths. … It was very fast. I think he was waiting for us all to be there in a room and just knowing that, we’re going to be okay.”

She knows that if he were around and saw her moping, he would say, “Get up and move because you can. Get up and get outside. Enjoy the day. Life is too short.”

When I spoke to Jessica on February 11, she had not yet left their home since Ben’s death. She said she knew it would be hard.

As I sit here, reading my notes from my interview with Jessica and writing this story, I know Ben has taught me a life lesson.