Sen. Ted Cruz (R-TX) and Rep. Mario Diaz-Balart (R-FL) called on the State Department to designate the radical Muslim Brotherhood a terrorist group last week, as the Biden administration is accused of boosting the extremist group in the Middle East.

The bill, which was reintroduced by the two last Thursday and is titled “the Muslim Brotherhood Terrorist Designation Act,” demands the State Department designate the group as a “Foreign Terrorist Organization (FTO).”

The move would also require the State Department to report to Congress over the possibility that the Muslim Brotherhood — whose motto declares, “The Koran is our law, jihad is our way, dying in the way of Allah is our highest hope,” — meets the “legal criteria for designation” of a terrorist organization, thereby enabling the U.S. to “take action that could stifle the funding they receive to promote their malign activities.”

Cosponsors of the bill, all belonging to the Republican party, include Sens. Jim Inhofe (R-OK) and Ron Johnson (R-WI), as well as Rep. Guy Reschenthaler (R-PA), and others.

Sen. Cruz, who is a member of the Senate Foreign Relations Committee, introduced the bill by emphasizing the need to recognize the group for what it is and pursue the American fight against “radical Islamic terrorism”:

It’s high time we join our allies in the Arab world in formally recognizing the Muslim Brotherhood for what they truly are — a terrorist organization. So today, I’m proud to reintroduce this bill to urge the Biden administration to designate them as such, and advance our nation’s fight against radical Islamic terrorism.

“We have a duty to hold the Muslim Brotherhood accountable for their role in financing and promoting terrorism across the Middle East,” he added. 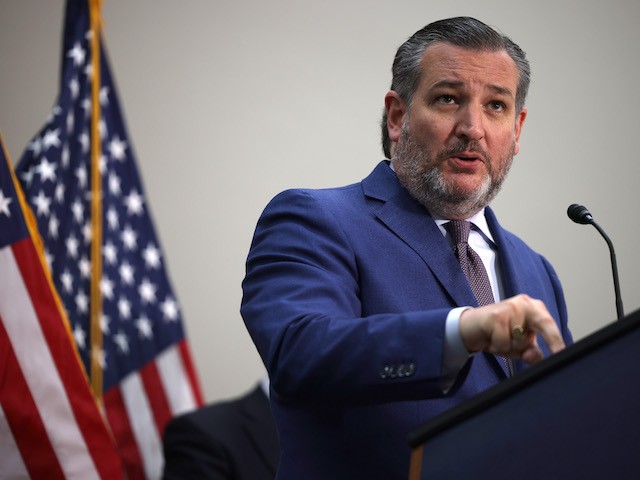 Sen. Ted Cruz (R-TX) gestures as he speaks during a news conference in the Hart Senate Office Building on May 12, 2021, in Washington, DC. (Anna Moneymaker/Getty Images)

Rep. Diaz-Balart accused the group of its role in instigating terror and supporting other terror groups.

“The Muslim Brotherhood continues to instigate acts of terrorism and supports other terrorist organizations responsible for horrific acts of violence around the world,” he said.

“Designating it a foreign terrorist organization would impose tough sanctions that would restrict its ability to raise revenue used to cause harm and spread hate-filled ideology around the world,” he added.

The Muslim Brotherhood, which was founded in Egypt in 1928, is a pan-Islamic movement with both political and charitable arms.

The group, having faced years of pressure, has been outlawed as a terrorist group in Egypt and banned in several other countries, including Russia, Saudi Arabia, and the United Arab Emirates. 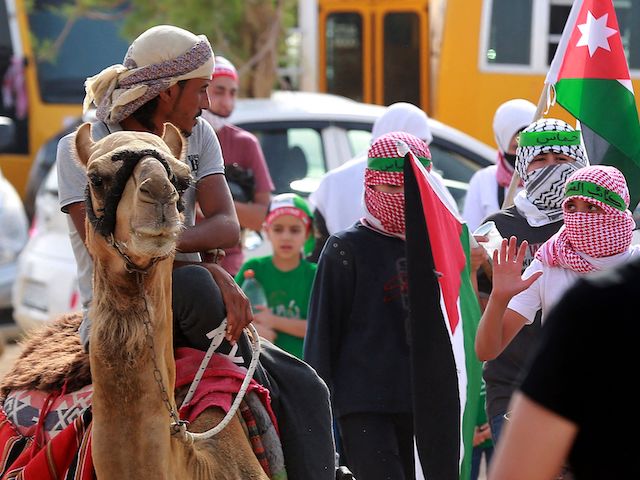 Supporters of Jordan’s Muslim Brotherhood take part in a protest in the village of Sweimeh, near the Jordanian border with the occupied West Bank, on May 21, 2021, to express their solidarity with Palestinians and to celebrate the ceasefire. (Khalil Mazraawi/AFP via Getty Images)

In July, Austria became the first country in the European Union to ban the Islamist group as part of a recent anti-terrorism law.

The Brotherhood is the religious foundation of Islamic terrorist groups al Qaeda, Islamic Jihad, and Hamas. It not only serves as their religious and ideological wellspring, but also cooperates with them on multiple levels, including financing their operations, which amount to material support for terrorism on a massive scale.

“Not only has the Muslim Brotherhood spawned terror offshoots, it engages directly in terrorism… [with activities] geared towards achieving the aim of violent global jihad,” she added.

Sen. Cruz has long called to designate the Muslim Brotherhood a terrorist organization, having already pushed the bill previously in 2015, 2017, and 2020.

The bill includes background on the group’s nature and ideology of global domination as well as its operations in the U.S. and ties to terror groups produced, including Hamas and al-Qaeda. 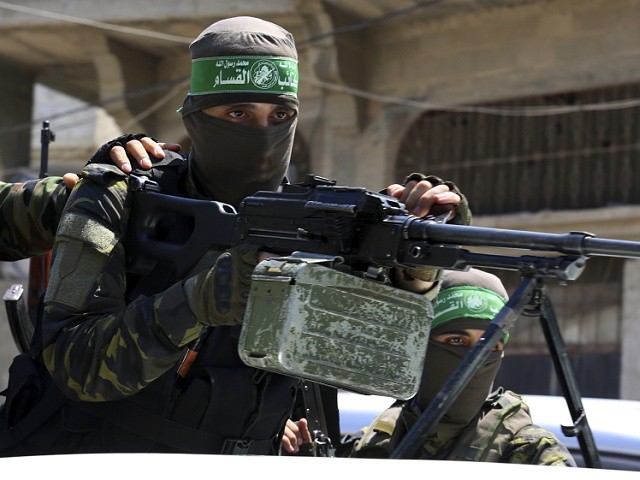 A masked militant from the Izzedine al-Qassam Brigades, a military wing of Hamas, stands behind a machine gun on a truck as mourners carry the body of Osama Dueij, 32, who was shot in the leg on Saturday during a violent demonstration on the northern border between Gaza and Israel, during his funeral procession in Jebaliya refugee camp, northern Gaza Strip, August 25, 2021. (AP Photo/Adel Hana)

Last week, the Texas senator blasted President Joe Biden as well as his nominee for Assistant Secretary of State for Near East Affairs, Barbara Leaf, for “hiding dangerous political decisions from Congress and the American people.”

He said in remarks on the Senate floor:

The bill comes as the Biden administration recently conditioned security assistance to Egypt on dropping of charges against extremists, as a broader push by Democrats seeks to pressure Egypt to release extremists, including Muslim Brotherhood members.