The feud is reportedly fueled by Biden’s $1.2 trillion infrastructure package, which will render Buttigieg a key power broker in Washington, DC.

With Harris’s hopes to succeed Biden in 2024, Harris is reportedly “suspicious” of Buttigieg’s increased Biden-given power to allocate $550 billion of the transportation bill while she is tasked with solving the southern border crisis and destroying election integrity measures around the nation, two jobs that have proven difficult for the Biden-Harris administration to address.

An anonymous former Kamala Harris’s top aide told @cnn her staff believes the Joe Biden White House is racist for not defending her as much as they did Mayor Pete. pic.twitter.com/7u0g31lG8h

“Armed with that much money and significant latitude in how to spend it, Buttigieg is poised to be the most influential secretary of transportation ever,” Senior Fellow Jeff Davis at the Eno Center for Transportation told the Associated Press.

To make matters worse, Harris and her team are reportedly furious that Biden’s press shop has defended Buttigieg’s months-long paternity leave during the supply chain crisis. Harris’s aides feel the vice president has not given her the same protection from the media over failing to solve the border crisis and passing anti-election integrity measures. 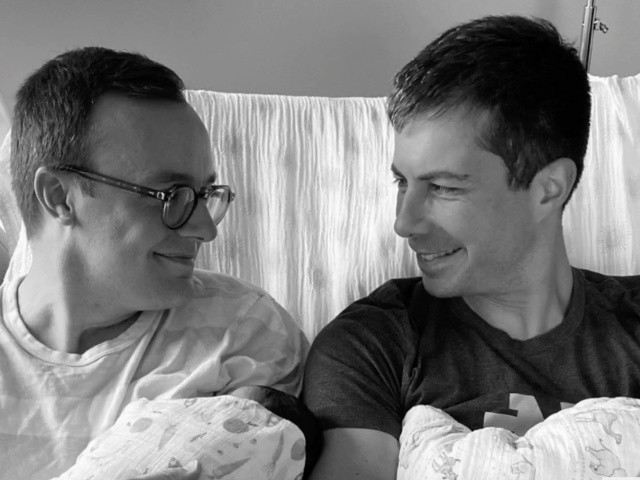 “It’s hard to miss the specific energy that the White House brings to defend a White man, knowing that Kamala Harris has spent almost a year taking a lot of the hits that the West Wing didn’t want to take themselves,” a former Harris aide told CNN about White House infighting.

Buttigieg, former mayor of South Bend, who needed help from a pizza company to fix roads in the city, may have his eye on the White House in 2024 or 2028, placing him at odds with Harris, who reportedly feels Biden is not properly grooming her for a presidential bid. Harris’s favorability ratings are currently resting below 30 percent.

Harris’s “suspicion,” which “sprouted out of the bitterness” toward Buttigieg, caused press secretary Jen Psaki to defend the vice president Sunday night.

Upon media stories released Sunday praising Buttigieg while exposing Harris, Psaki praised the vice president for “facing” the important challenges of the nation, such as “voting rights to addressing root causes of migration to expanding broadband.”

“For anyone who needs to hear it, the Vice President is not only a vital partner to the president but a bold leader who has taken on key, important challenges facing the country — from voting rights to addressing root causes of migration to expanding broadband,” Psaki tweeted.