Joe Biden’s job approval rating has sunk to 36 percent in the latest poll from left-wing Quinnipiac, and the Republican party is up eight points on the generic congressional ballot.

Keep in mind that Quinnipiac is an infamously left-wing pollster. So anything Quinnipiac can do to juice a poll in favor of Democrats, Quinnipiac will do. And still, this poll is ALL bad news for Democrats.

Below are all the key numbers, but let’s start with the most fascinating one…

In an open-ended question, allowing for any answer, Americans were asked what they thought was the most important problem facing the country today. Americans’ most frequent responses are…

Americans were asked which party would do the best job handling the problem they mentioned: a plurality (46 percent) say the Republican party, 35 percent say the Democratic party, and 18 percent did not offer an opinion.

The Republican party is up by double digits, by 11 points on the most important issues to voters.

On the generic congressional ballot, the GOP is up eight among all adults (46-38 percent) and up five (46-41 percent) among registered voters.

I don’t think we’ve ever seen numbers like that in favor of the GOP. 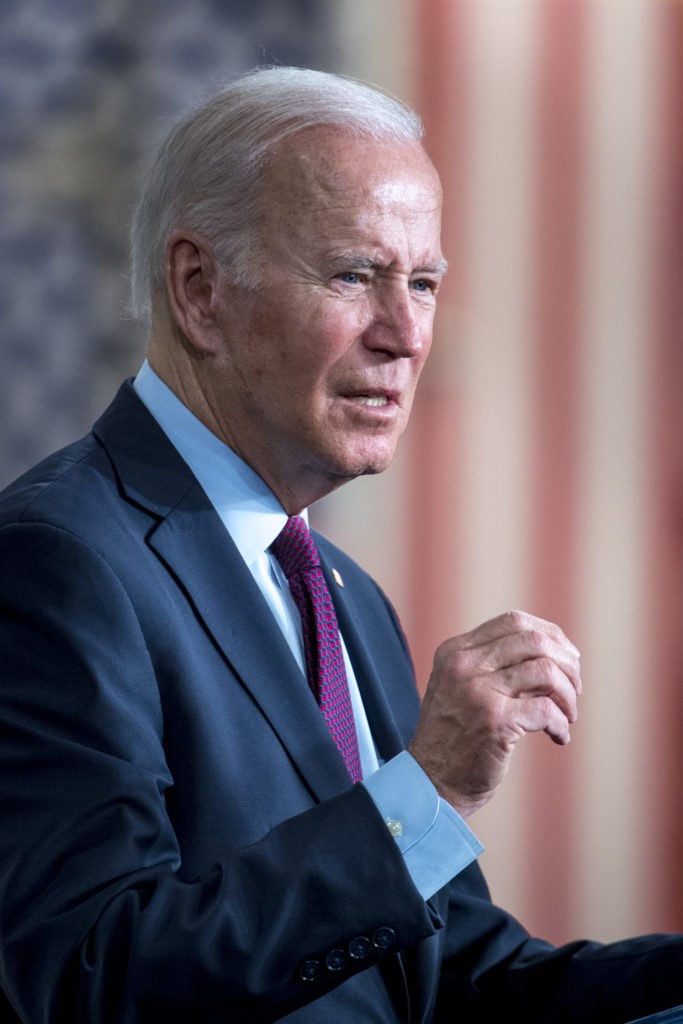 A whopping majority of 54 percent say Democrats don’t care about the needs of people like them. Slightly more, 56 percent, say the same about the GOP, but they always say that about the GOP. Democrats were seen as the empathy party, the party of the little guy, and those days are now over.

On the all-important issue of the 2022 midterm elections and who will control the U.S. Senate and U.S. House, a GOP blowout is coming.

By margins of ten points, Independent voters want the GOP to control the House (41-31percent) and the Senate (44-34 percent).

The critical thing to remember is that even during those midterm elections where the GOP romped all over Democrats (1994, 2010, and 2014), Republicans were polling closer to even with Democrats.

Thus, we are on the cusp of something historic, where the Democrat party’s open embrace of race riots, racism in the form of Critical Race Theory, transsexual voodoo, and the like have unified normal Americans against them.

His Fraudulency Joe Biden is also in serious trouble.

“Americans give President Biden a negative 36 – 53 percent job approval rating,” reports the pollster, no doubt through many tears. Moreover, independent voters disapprove of the job Biden’s doing by a whopping 27(!) points — 56 to 29 percent.

Biden is now upside-down on every significant issue…

A whopping 61 percent say the economy is getting worse. A full 68 percent say inflation has caused them to alter their spending habits. A majority of 53 percent say they “are not finding groceries they want to buy at a grocery store.”

The only good news here for Slow Joe is that those polled approve of Biden’s massive spending boondoggles by 20 point margins.

Even the federal vaccine mandate Biden’s pushing to shore up his leadership and COVID numbers has backfired. By a clear margin of 52 to 46 percent, people oppose it.

When asked if Biden cares about the average American, 47 percent said yes, the same number said no. On the question of honesty, he’s down nine points (42-51 percent). He’s down 20 points(!) on the issue of leadership (37 to 57 percent).

Joe Biden literally has billions and billions of corporate dollars being spent every month by the corporate media to not only protect him but to destroy the GOP and look at these results.

This is why the media are so desperate to push lies about Kyle Rittenhouse. The only influence these monsters have left is screaming FIRE in a crowded theater is inciting Democrats to riot in their own cities.

The rest of us, the normal people, We the People, just aren’t falling for it anymore.