Detroit public schools are “deeply using critical race theory (CRT),” and school administrators are relying on Democrat Gov. Gretchen Whitmer to veto a bill that would ban them from continuing to use it, according to Detroit’s top education official.

Nikolai Vitti, superintendent of Detroit Public Schools Community District (DPSCD), the largest public school district in Michigan, touted that CRT was a part of Detroit’s social studies, English, and language arts curriculums as he spoke during a regular school board meeting this month.

A Senate version of the bill also passed through the education committee and is now awaiting Senate approval. The Michigan Senate is controlled by Republicans, 22 to 16.

“I think our best strategy politically is to lean on the governor to veto it as she has done with other legislation that has passed in Michigan over the last couple of years,” Vitti said. “I don’t believe the Senate— we might be able to convince the Senate not to pass it, but this looks like a pure Republican feature of legislation for this year.”

In a meeting a few days later, on November 15, Vitti detailed school officials’ efforts to fight the bill, saying, “We have done quite a bit on the legislative side in lobbying to prevent the bill to move forward,” such as writing “dozens” of letters to legislators and encouraging parents to do the same. Vitti concluded, however, that a “more realistic” approach to defeating the legislation will be to urge Whitmer to veto it [Vitti’s comments occur at the 42:18 minute mark here]. 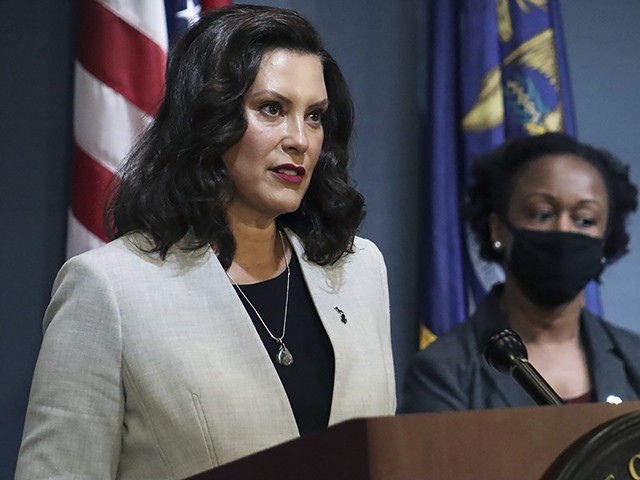 Michigan Gov. Gretchen Whitmer addresses the state during a speech in Lansing, June 17, 2020. (Michigan Office of the Governor via AP, Pool)

Several Republican-controlled states across the country have passed similar bills to prevent school officials from incorporating tenets of CRT into their teaching strategies. The highly popular Florida Gov. Ron DeSantis (R) articulated after his Board of Education banned CRT, “If you look at things that have grown out of critical race theory, it’s much more about trying to craft narratives about history that are not grounded in facts,” citing the New York Times’s widely debunked 1619 Project. DeSantis condemned CRT in schools as bringing “ideology and political activism into the forefront of education.”

In Virginia, Governor-elect Glenn Youngkin (R) characterizes CRT as dream-crushing and divisive to students. Youngkin ran his successful gubernatorial campaign this year largely on education reform, forcefully vowing to ban CRT in schools during his stump speeches and rallies.

Democrats, for their part, have tended to dismiss CRT in schools as nonexistent, despite the topic creating national buzz and energizing parents nationwide.

In Michigan, State Rep. Laurie Pohutsky (D-Livonia), who represents an area in Metro Detroit, said last week in a livestream on social media about H.B. 5097, “I want to be very, very clear. CRT is not taught in any of our K–12 schools.”

She added, “What this bill would end up doing if it was signed into law is limiting what teachers can discuss and how they can discuss it.” She claimed it would restrict lessons on topics like slavery, Jim Crow, Reconstruction, and the Holocaust.

Her comments run counter to Vitti’s from earlier this month and speak to the struggle politicians and school leaders have had with messaging on the topic. When Vitti spoke on November 15, he navigated in and out of his definition of CRT, ultimately settling on saying that while CRT “itself” is not taught in schools, “on the surface, one might say it is.”

The Detroit superintendent pointed to DPSCD’s “culturally and historically responsive” priorities — several of which incorporate race — for K-12 students as he explained:

So someone from the outside could look at this and say, “Well this should be banned because it’s critical race theory.” It is and it’s not. It’s really what you actually do in the classroom, the questions you ask, and how you structure the content. But what this is is a commitment to anti-racist instruction in teaching and curriculum. It’s also more culturally responsive to where our students are. Where a lot of people think that is critical race theory, in and of itself it’s not — but on the surface one might say it is.

Vitti also said that from a political standpoint, he thinks Republicans are uniting against CRT in schools as a “reaction” to the 2020 election.