President Joe Biden has not visited grieving families in Waukesha, Wisconsin, but he will travel to Minnesota on Tuesday afternoon to promote infrastructure.

The White House told reporters on Monday that Biden had no plans to visit Waukesha, Wisconsin, even after six people were killed in the Christmas parade attack and over 60 people were injured.

“Obviously, any President going to visit a community requires a lot of assets, requires taking their resources, and it’s not something that I have a trip previewed at this plan- point in time,” White House press secretary Jen Psaki told reporters during the daily briefing.

Some of the victims from the attack are still in the hospital.

Psaki said she realized it was a “difficult time of year” to experience a tragedy, but that Biden had no plans to visit the Waukesha community. 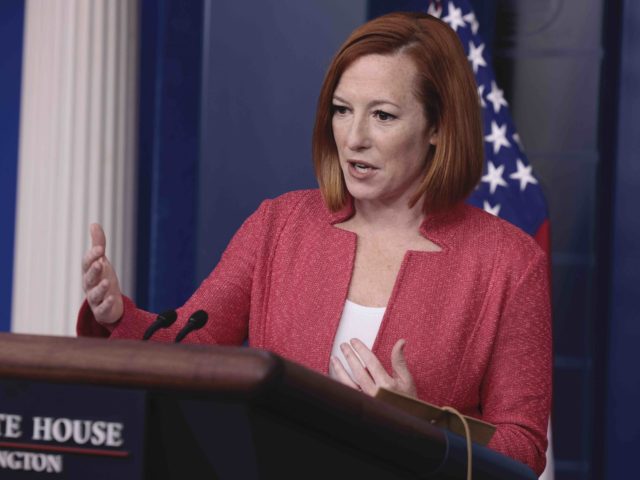 “Certainly, our hearts are with the community as they’ve gone through such a difficult time,” she said.

Since the attack, Biden spent five full days of vacation with his family in Nantucket, Massachusetts before returning back to the White House on Sunday evening.

Biden’s priorities appear to be focused on his $1.2 trillion infrastructure law.

The president will travel to Rosemount, Minnesota, on Tuesday to promote infrastructure.

“This is also, of course, a part of our ongoing effort to go out there and tell the American people how this bill — this law, I should say, will benefit them,” Psaki said.

Biden makes different choices about what kind of tragedies he wants to highlight.

During the 2020 presidential campaign, Biden visited the family of Jacob Blake Jr. after he was shot by police officers after he ignored their warnings and engaged in a physical scuffle.

The president also traveled to Atlanta after eight people were shot and killed at spas in the city, directing that flags be lowered to half-mast to mourn the victims.

Biden condemned the attacks, calling out the “skyrocketing” hate crimes against Asian-Americans during the coronavirus pandemic.