The omicron Chinese coronavirus variant was present in Europe before it was identified in South Africa, Dutch health authorities revealed Tuesday.

According to the National Institute for Public Health and the Environment (RIVM), the omicron variant was infecting the Netherlands nearly one week before the world awakened Friday to the strand experts and scientists said first originated in South Africa.

The cases detected from South Africa at the Amsterdam airport were reportedly not the first time the omicron first reached Europe and other nations. Belgium and Germany also believe the variant was circulating within their counties before Friday, according to CBS News.

“It is not yet clear whether the people concerned [in the earlier cases] have also been to southern Africa,” the RIVM said. “In the coming period, various studies will be conducted into the distribution of the Omicron variant in the Netherlands.”

The new information casts light on just how little the so-called experts and scientists know about the coronavirus virus, much less political policies with horrific unintended consequences instituted to supposedly protect populations. 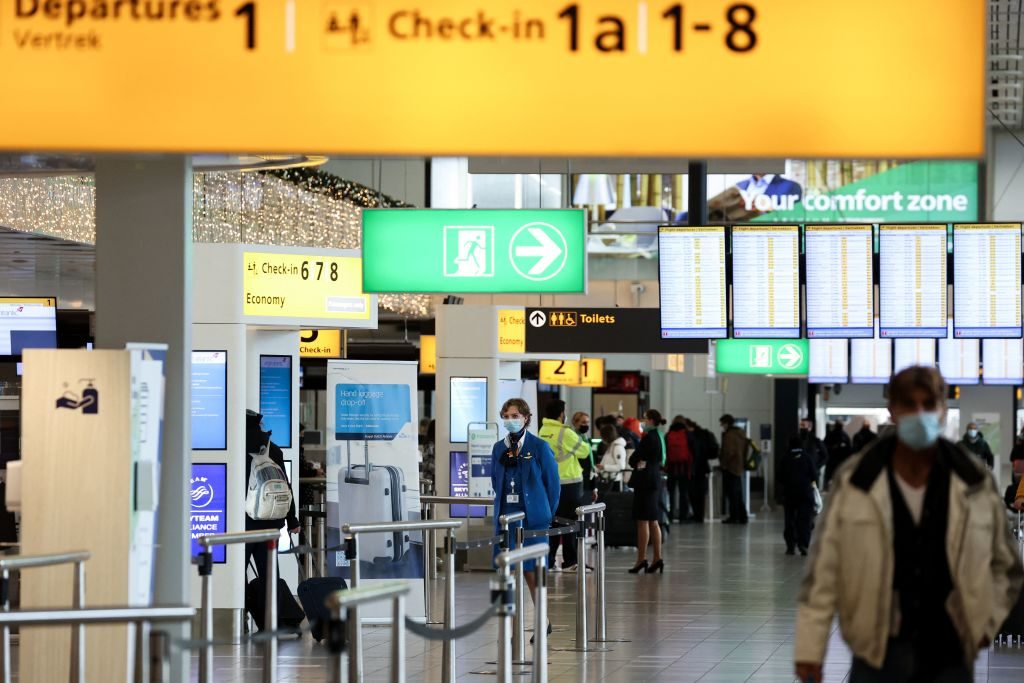 Passengers walk at the Schiphol airport on November 29, 2021. Dutch health authorities said November 29 they have found another case of the new Omicron Covid-19 variant among passengers arriving from South Africa, bringing the total to 14. (KENZO TRIBOUILLARD/AFP via Getty Images)

The World Health Organization (W.H.O.) has noted it will take weeks before enough data is collected to make further determinations about the variant.

“Preliminary data suggests that there are increasing rates of hospitalization in South Africa, but this may be due to increasing overall numbers of people becoming infected, rather than a result of specific infection,” W.H.O. stated.

As health experts study the new variant, many nations have issued travel bans on South African nations. President Biden did so Friday, though he was roundly accused of implementing a travel ban that he opposed as racist and xenophobic during the 2020 election season with former President Trump.

The omicron variant has yet to be detected in the United States, but it has been identified in Canada. The W.H.O. has labeled it a “very high” global risk.