Michigan’s Oakland County Sheriff Mike Bouchard said Friday if the school had included resource officers in meetings with parents over concerns of violence, his office would have taken action to be sure the alleged Oxford High School shooter had no access to guns.

KPTV reports that Oxford school superintendent Tim Throne made clear that the school had not reached the point of actually disciplining the shooter prior to his attack.

Throne said, “No discipline was warranted. There are no discipline records at the high school.”

Bouchard reacted by saying, “In terms of school discipline, he may be right, but at the point — and certainly in the second meeting in the second day … we would have very much wanted our school resource officer in on that meeting. He would have taken protocols we have in place to have [the suspect] removed from the school until action has happened. For example, the school told him he had to be in counseling, we would have had him removed from school until that happened.” 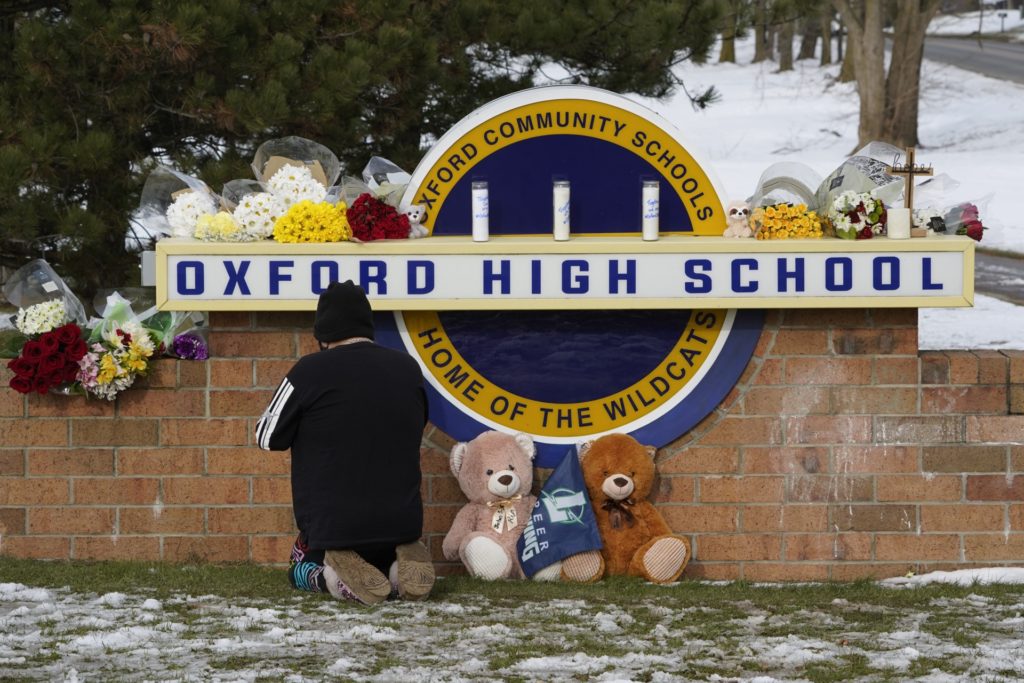 A well-wisher kneels to pray at a memorial on the sign of Oxford High School in Oxford, MI, Wednesday, Dec. 1, 2021. A 15-year-old sophomore opened fire at the school, killing several students and wounding multiple other people, including a teacher. (AP Photo/Paul Sancya)

Bouchard said his office also would have “made sure [the shooting suspect] had no access to weapons.”

On Wednesday, Breitbart News noted that Bouchard indicated the school did have contact with the suspect the day before and the day of the shooting because of behavior concerns. But Bouchard stressed, “We received no information about the … [suspect] prior to the shooting.”