“Some of the retailers downtown in Michigan Avenue, I will tell you, I’m disappointed that they are not doing more to take safety and make it a priority,” Lightfoot said. “For example, we still have retailers that won’t institute plans like having security officers in their stores. Making sure that they’ve got cameras that are actually operational, locking up their merchandise at night, chaining high-end bags.”

Here’s my favorite part: “These purses seem to be something that is attracting a lot of organized retail theft units.”

So if I’m correctly interpreting this, the retail smash-and-grab epidemic is not the fault of the Democrats who run Chicago’s government as an unopposed monopoly. Instead, it is retailers’ fault, so they must now 1) create a private police force, 2) lock up all their merchandise, and 3) stop attracting crime with all their fancy merchandise.

The government’s number-one job, the government’s highest priority, is supposed to be protecting the God-given rights of its citizens. That’s it. That’s job number one. And here’s failed Mayor Lightfoot blaming the victim for her own indifference and incompetence.

But Democrats are letting everyone go. No matter how awful the crime or how unrepentant the criminal is, these criminals are still released to prey on the innocent.

I’m not saying retailers don’t have a certain responsibility to protect themselves. We all have a certain responsibility to discourage criminality, to not be victims. But Lightfoot is calling for retailers to chain up the high-end merchandise and increase the size of their private police forces. That’s nuts. If you want to sell something, especially something like a high-end purse, people need to touch it, hold it, feel it, carry it… Women want to know what that looks like slung over their shoulders. 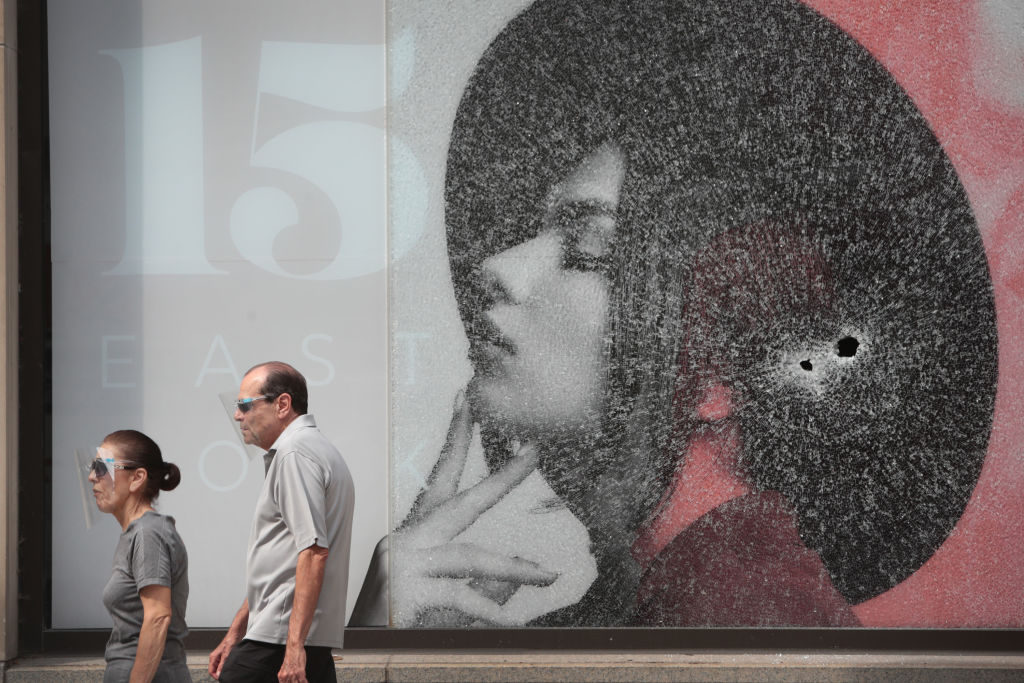 A window is shattered in front of the Fred’s restaurant after looting broke out throughout downtown on August 10, 2020 in Chicago, Illinois. Police made several arrests during the night as widespread looting was reported downtown and other areas of the city. (Photo by Scott Olson/Getty) 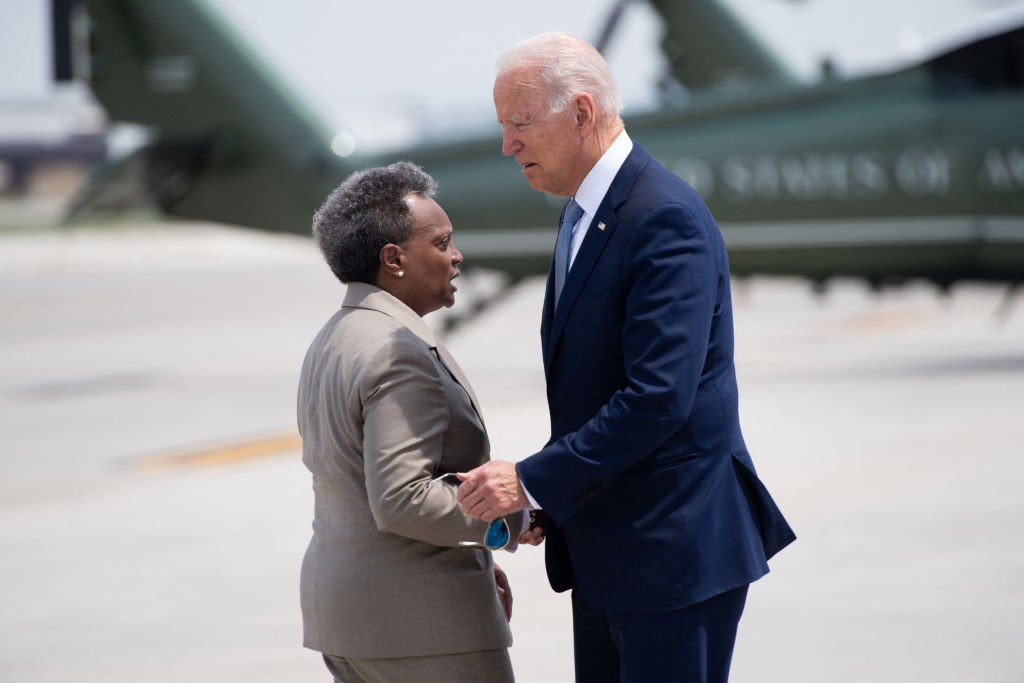 U.S. President Joe Biden greets Chicago Mayor Lori Lightfoot (L) as he disembarks from Air Force One upon arrival at O’Hare International Airport in Chicago, Illinois, July 7, 2021, as he travels to promote his economic plans in Illinois. (SAUL LOEB/AFP via Getty Images)

The cops aren’t the problem. The cops know who these godforsaken thieves are. The cops have almost certainly arrested most of these punks. The problem is Democrats. Democrats continue to let these recidivist criminals loose. Democrats continue to empty the prisons and eliminate bail. And nothing in the world encourages criminality more than a lack of consequence for criminality. If you remove the consequences, you are essentially legalizing criminal behavior.

The effects of this can be seen everywhere, not just in Chicago and not just retail theft.

Twelve American cities, each governed by Democrats, have broken their own homicide records. This is not an accident or a coincidence.

They told us criminal justice reform was about giving non-violent offenders another chance. I’m all for that. But Democrats just opened up the jails and let everyone out.

As calls for Democrat Chicago Mayor Lori Lightfoot's ouster continue to grow, the carnage and death tolls in her city continue to climb. https://t.co/svKeXyBUYc

The good news is that this cannot stand. Only blight can follow. Crime destroys cities faster than anything. There is not even a close second place. Stores close. Jobs are lost. Good people of all skin colors move. All that’s left are vacancies and rental units, and overpriced convenient stores where everything is locked up.

The Democrat Party will be wiped out in 2022.

And I can’t wait.