Republican candidate for Iowa’s Third Congressional District, Nicole Hasso, who is running against Rep. Cindy Axne, the state’s lone congressional Democrat, told Breitbart News Saturday she got her start in politics when she realized what children were being taught in schools, emphasizing that “Critical Race Theory wants to divide us.”

Hasso, who has made education a part of her campaign to take out Axne, told Breitbart News she started getting involved in politics after coronavirus impacted the country and Americans could see what children had been taught in school. She said during the interview she has been married for 24 years and has raised two children, and “as a mom, that’s what really got me started.” 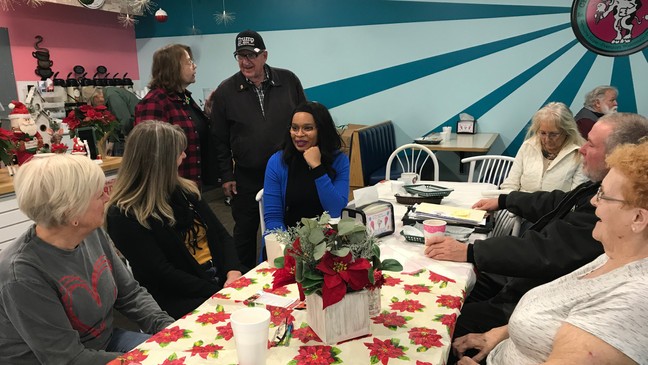 The Republican stated that coronavirus “was the best thing that ever happened to our country. Because people start[ed] paying attention to what was actually going on. Moms are starting to rise up and to push against what they’re teaching our kids in school right now.” Hasso clarified that she went to the capitol to sit in a committee hearing that discussed giving money to schools that had funding revoked from teaching the 1619 Project when she was first starting in politics, adding, “Project 1619 whitewashes our history.” 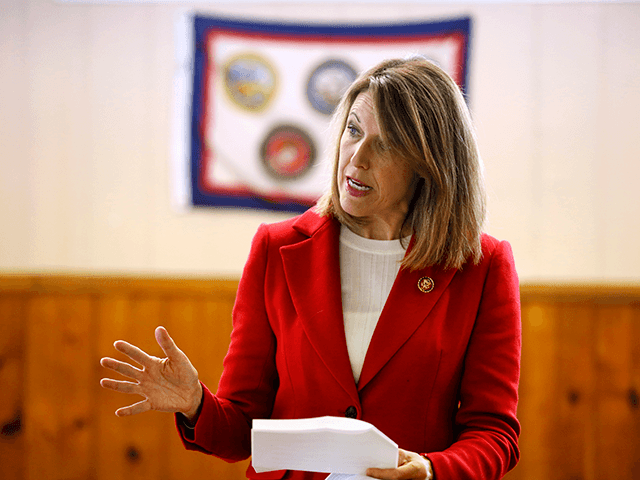 “It doesn’t give our kids the truth in our history,” she explained. “As a mom, there’s no way I’m going to sit on the sidelines and allow you to lie to my child and to tell my child that he’s a victim or that his history hates him. I refuse to sit on the sidelines, allow that to happen. So with that, I have decided to put my hat in the ring and to fight for our country. I am first a proud Christian. And I am a proud American. I love this country. And I can’t imagine living anywhere else.”

“I just truly believe that is just a total lie for us to teach our kids that they’re victims or oppressors,” Hasso described in her reasoning to be against Critical Race Theory. “And I am a woman… a black woman, and I believe in justice. I believe in truth. I grew up on the south side of Chicago. So I’ve seen injustice all my life. And so, I will not sit on the sidelines. I don’t care what color you are. Justice. It’s key for our country. We cannot live in a lawless society. And Critical Race Theory wants to divide us. It’s a Marxist theory.”

Bush claimed during an interview that her “body is worth being on this planet right now” and hired private security because of the “white supremacist racist narrative” in the country. In October, Breitbart News reported that Bush’s campaign spent over $130,000 for personal security. 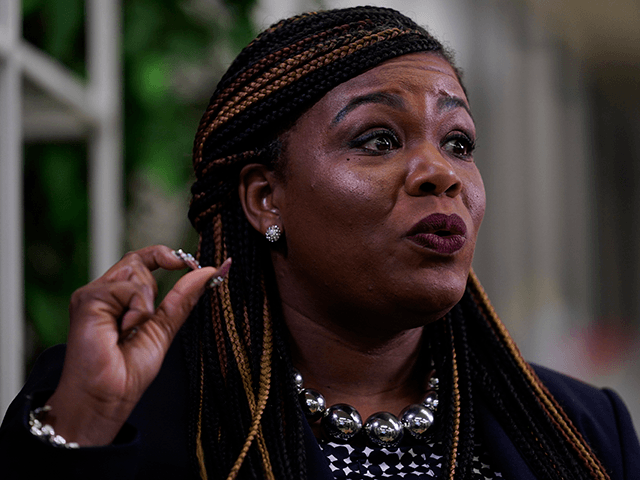 Hasso said the country also needs to get immigration under control, noting that first the United States has every right to build a wall and secure the borders to allow immigration to be appropriately regulated.

“It’s a privilege to live here in America… it’s not a given. It’s a privilege to live here in America and to have that opportunity to do a point system, similar to what Canada does, to make sure that we’re bringing people in that will be able to help the economy and not bring the economy down,” Hasso argued. She stated that while two-thirds of the federal budget goes to Medicaid, Medicare, Social Security, many of the people that come to his country do not get off of it, alluding to the fact that most people should be coming here ready to work and contribute to the economy, not live off of handouts.