California Rep. Alan Lowenthal (D-CA) announced Thursday he will not seek reelection in the 2022 midterms, becoming the twentieth Democrat to leave the House and casting more doubt on House Speaker Nancy Pelosi’s (D-CA) ability to maintain the majority.

“Just as every journey has a beginning, so too does it have an end. I am announcing today that I will not be running for reelection to Congress in 2022,” Lowenthal said in a statement. “It is time to pass the baton. It is time to rest and surround myself with the benefits of a life well lived and earned honorably in the service of my fellow citizens.”

“While I am stepping aside from the front lines of that struggle, I will continue to be at your side, fighting for what is right, for what is just, and for what makes us better as both a people and a nation,” the 80-year-old congressman said. “It has been a distinct honor and a true privilege to serve you and all of the people of Los Angeles and Orange counties in the 47th District during my time in Congress,” he added, noting that he’s been in the Congress since 2013 but has been in politics for roughly 30 years.

After serving the 47th District of California for almost 10 years in Washington, D.C., I have decided not to run for reelection to Congress in 2022. Read my full statement to my constituents: https://t.co/jZm8VdXvz7

However, while Lowenthal has been in Congress since 2013, he has been a close confidant to the Pelosi-Biden partisan agenda. Lowenthal has voted with Pelosi 98 percent of the time, so far, in the current 117th Congress, according to voting records kept by ProPublica.

Some of those votes include the disastrous $1.2 trillion, 2,702-page so-called bipartisan infrastructure bill earlier this year — which President Joe Biden signed into law — and the $1.75 trillion Build Back Better Act (BBB) — also known as the Democrats’ reconciliation infrastructure bill. The BBB is also considered the “marquee legislation” to Biden’s legislation agenda and would ultimately increase taxes on the middle class, expand and prolong the effects of inflation, and add hundreds of billions of dollars to the U.S. deficit.

Torunn Sinclair, a spokeswoman from the National Republican Congressional Committee (NRCC), said, “Democrats have a full-blown retirement crisis on their hand because voters are rejecting their agenda of higher prices, higher crime, and open borders.”

Breitbart News has extensively reported on Pelosi’s majority crumbling in the past and the Democrats’ struggles to keep members in the House and find new candidates to run for office. While Lowenthal becomes the twentieth Democrat to announce they will not seek reelection in the House, he is only the twelfth Democrat to announce actual retirement from the public eye — including three committee chairs — while eight more Democrats announced they would run for a different office, either in a local or state election. 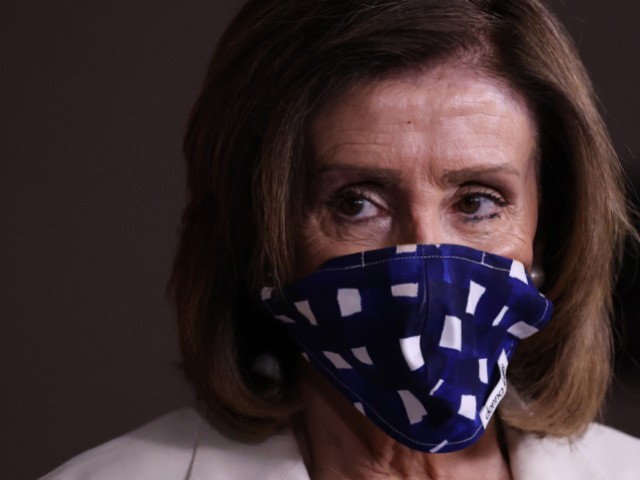 Speaker of the House Nancy Pelosi (D-CA) during her weekly news conference at the U.S. Capitol on April 30, 2020, in Washington, DC. (Chip Somodevilla/Getty Images).