The president spoke with farming and ranching advocates to discuss the high cost of beef in a video conference call from a digital set across the street from the White House.

As the president spoke, the digital window pane behind him showed snow falling outside the White House, presumably recorded earlier in the morning when a winter storm hit Washington, DC.

The video footage featured in the digital windowpane showed what it would have looked like if the president was actually in the White House. 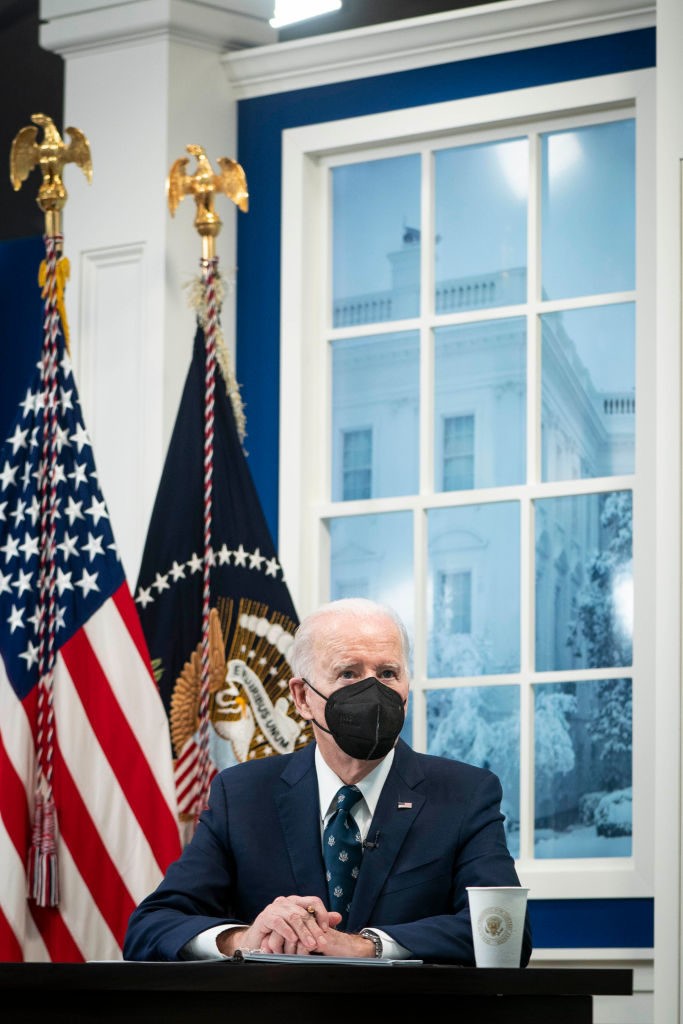 U.S. President Joe Biden listens during a virtual meeting about reducing the costs of meat through increased competition in the meat processing industry in the South Court Auditorium at the Eisenhower Executive Office Building on January 3, 2022 in Washington, DC. (Photo by Sarah Silbiger/Getty Images)

Biden frequently participates in video conference call events on a special set constructed across the street from the White House in the South Auditorium of the executive office building.

The windows of the set are actually digital screens, which project video views from the White House to make it seem more authentic.

On other occasions, the window screens have been altered to show views of windmills or shipping containers for various Biden events. 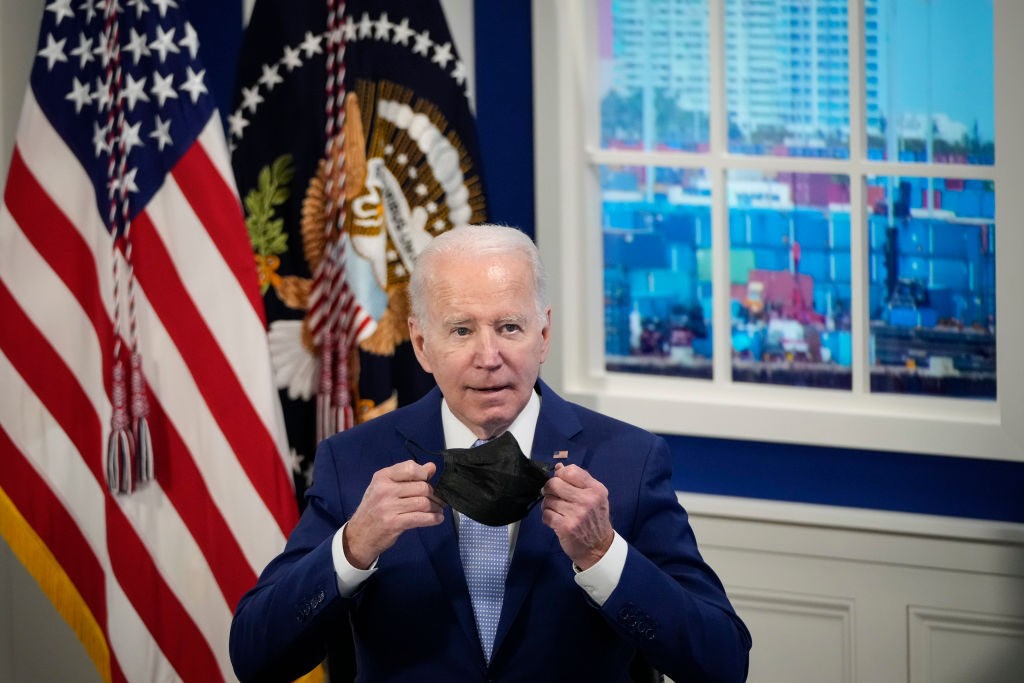 U.S. President Joe Biden removes his mask before speaking during a meeting with his administration’s Supply Chain Disruptions Task Force and private sector CEOs in the South Court Auditorium of the White House December 22, 2021 in Washington, DC. (Photo by Drew Angerer/Getty Images)