Trump said Monday that Schmidt, who is hoping to unseat one-term Gov. Laura Kelly (D), “has done an absolutely outstanding job” serving as attorney general during his decade-long tenure and that the Kansas Republican “will be a popular and very wise choice” for governor.

“Derek is strong on Crime, the Borders, and our always under siege Second Amendment. He loves our Military and our Vets. Derek Schmidt has my Complete and Total Endorsement!” Trump stated.

Schmidt, who has also been endorsed by fellow Kansan and former Trump Secretary of State Mike Pompeo, quickly replied to Trump in a statement, saying Kansas was “better off” when Trump was president and that he is “genuinely grateful” for the former president’s backing.

“Thank you, Mr. President. Kansas was better off with your America First leadership in the White House, and I’m genuinely grateful for your support as we work hard to bring pro-America, pro-freedom, pro-family, and pro-jobs policies to the Kansas governor’s office next year,” the attorney general stated.

ICYMI: President Trump joined Team Schmidt this morning! If you agree we need pro-America, pro-freedom, pro-family, and pro-jobs policies in Kansas, will you join him? https://t.co/iqkM0hwdMk

While several Republicans are in the running for the August primary for the governor’s race, Schmidt stands out as the most recognizable candidate at this stage. Former Gov. Jeff Colyer (R) had initially mounted a competitive bid against Schmidt but ended his campaign because of a cancer diagnosis, as reported by the Kansas City Star. Colyer said when he announced his decision to leave the race that he would throw his support behind Schmidt.

On the Democrats’ side, Kelly is the most vulnerable sitting governor in the party who is up for reelection this year. 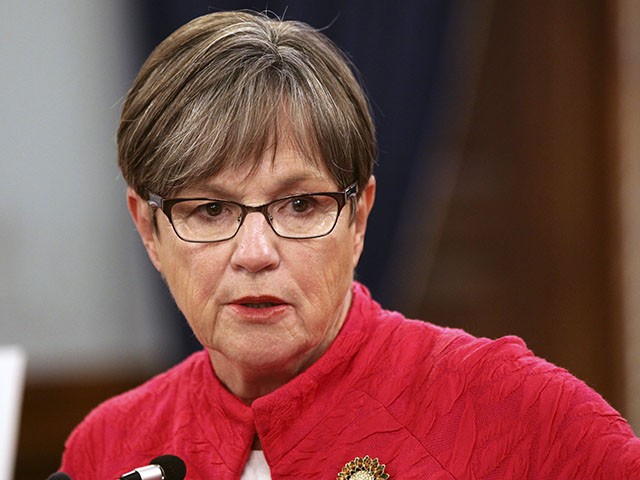 The Kansas Democrat represents a state that voted nearly 15 points in favor of Trump last year, and early polls published in a Kansas Reflector report reveal an already neck-and-neck contest in a hypothetical matchup between Kelly and Schmidt.