“We saw it with our own eyes. Rioters menaced these halls, threatening the life of the speaker of the House, literally erecting gallows to hang the Vice President of the United States of America,” Biden said.

Biden was referring to a widely published photo of a makeshift gallow constructed by protesters near the Capitol building, which many interpreted as meant for Vice President Mike Pence, who was preparing to certify the results of the 2020 presidential election. 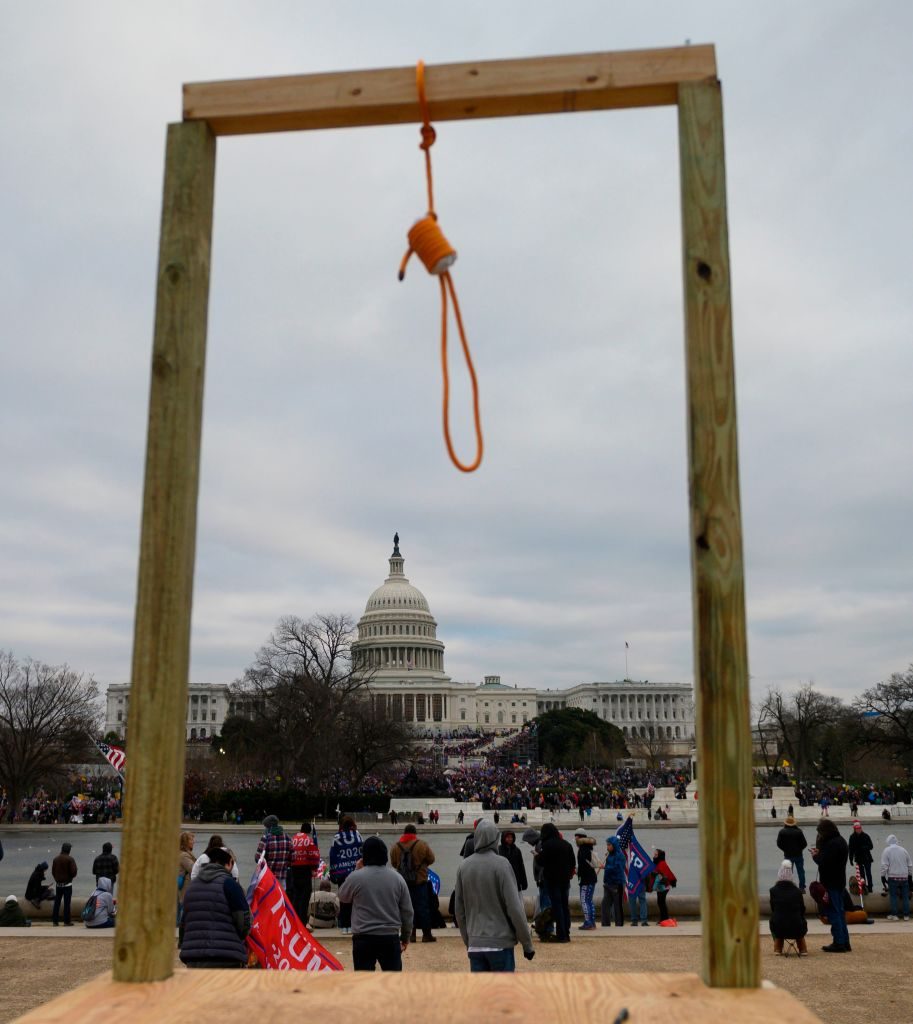 A noose is seen on a makeshift gallow as supporters of U.S. President Donald Trump gather on the West side of the US Capitol in Washington, DC, on January 6, 2021 (ANDREW CABALLERO-REYNOLDS/AFP via Getty Images)

Protesters frequently use makeshift gallows or other instruments of execution to demonstrate opposition to political leaders.

In August 2020, violent leftist protesters put a mannequin of President Donald Trump in a guillotine.

Someone just put a fake Trump on the guillotine in front of the White House. There’s a piece of paper on him that says “Ticket – Fascist, Rapist, Criminal”@DailyCaller pic.twitter.com/zOmQ7DgIo0

On January 6, Pence was ultimately secured by Secret Service agents after the Capitol building was breached, but he refused to leave the building until the election certification process on Capitol Hill was complete.

Trump said afterward he was never worried about Pence’s safety on Capitol Hill, noting he was well protected by Secret Service.

Trump was never pleased with Pence’s decision to proceed with his role in the election certification process.

“Anybody I spoke to — almost all of them at least pretty much agree, and some very much agree with me — because he’s passing on a vote that he knows is fraudulent. How can you pass a vote that you know is fraudulent?” Trump told ABC News correspondent Jon Karl afterward.