In a rematch between His Fraudulency Joe Biden and former President Donald Trump, Trump beats Slow Joe by six points, 46 percent to 40 percent.

Rasmussen’s poll of 1,066 likely voters has even more bad news for Democrats… Biden wins only 41 percent of the Hispanic vote, while Trump nearly ties him with 38 percent Hispanic support.

Trump also picks up 26 percent of the black vote to Biden’s 61 percent.

If there is a rematch and the black and Hispanic numbers are anything close to that, we are looking at a major political realignment that will cripple Democrats for a generation. And this would not be at all surprising for a number of reasons… 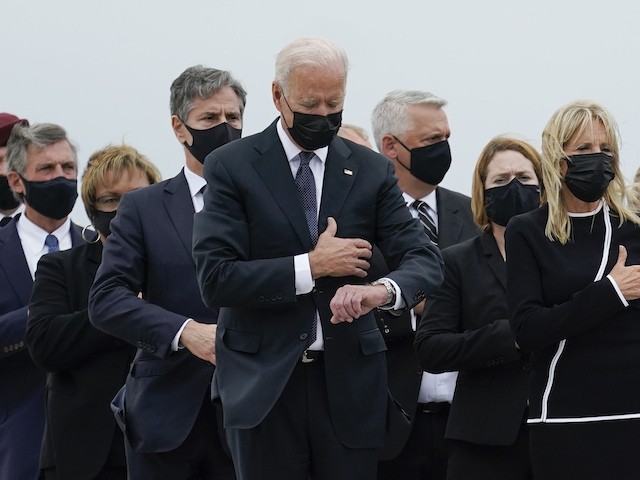 Secondly, the culture wars have been a disaster for Democrats. Regardless of skin color, people are people and no one wants their children subjected to guys in dresses sharing a locker room with their daughter. No one wants grade school kids taught sodomy or that they cannot succeed in America. No one wants Drag Queen Story Hours and guys claiming to be women coasting to victory in women’s sports.

On the national level, Joe Biden’s extremist policies — his war on energy, his profligate spending, his diabolical mishandling of the China Flu, his breathtakingly stupid withdrawal from Afghanistan — have created record inflation, a pandemic of violent crime, no jobs, record COVID cases; and a North Korea, China, and Russia that are once again adventurous.

Trump’s pro-job and pro-middle class policies nearly erased the unemployment gap between black and white Americans. What’s more, black and Hispanic unemployment rates were the lowest in history. Biden and the Democrats have erased all of that.

Additionally, thanks to Trump, Republicans are no longer surrendering the minority vote to Democrats. They are finally going out and asking for it, earning it, and even with billions and billions of corporate media dollars being spent to smear the GOP and Trump as racist, things are still shifting, and in the 2022 midterms I expect them to shift even more. 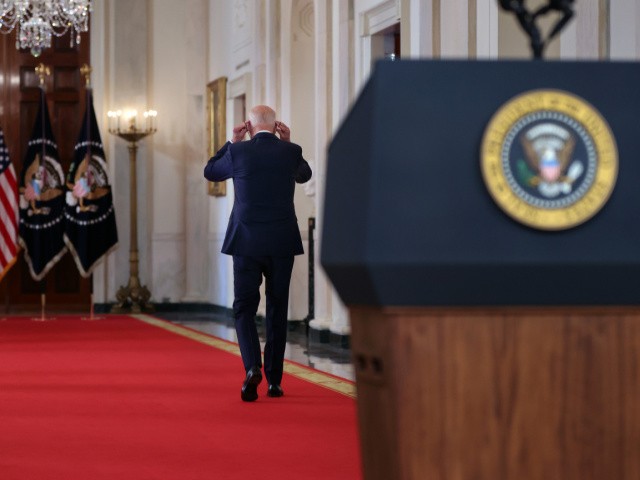 U.S. President Joe Biden walks away after delivering remarks on the end of the war in Afghanistan at the White House on August 31, 2021 in Washington, DC. (Chip Somodevilla/Getty Images)

Did you know that in the 2021 Virginia’s governor’s race the Republican won the Hispanic vote by NINE points? A full 54 percent of Hispanics went for now-Republican Governor Glenn Youngkin, compared to just 45 percent for Democrat Terry McAuliffe.

Another problem for Democrats is that Biden is their last “moderate” Trojan Horse, the last old, white guy they could run to try and fool people into believing the party was still reasonable.

This is a problem, a big problem. I would put more money on Trump running in 2024 than I would on Biden running again. So who do the Democrats put up in 2024? To hold on to their base, it has to be Kamala Harris, and she’d lose to Trump by an even wider margin.