Don’t look now, but we live in a world of trouble. From armed conflicts to geo-political disputes, coronavirus pandemic flare-ups to looming climate catastrophes, problems lie everywhere – which is why U.N. Secretary-General Antonio Guterres says his globalist body can be trusted to rise to the challenges ahead.

Guterres said in an interview with the Associated Press the appeal for peace and harmony he issued on his first day in the U.N.’s top job on Jan. 1, 2017 and his priorities in his first term of trying to prevent conflicts and tackle global inequalities, the coronavirus crisis and a warming planet remain the same.

In fact the veteran Portuguese Socialist politician and diplomat believes the world needs the U.N. now more than ever.

“The secretary-general of the U.N. has no power,” Guterres conceded. “We can have influence. I can persuade. I can mediate, but I have no power.”

U.N. chief Antonio Guterres called for the world to “urgently redistribute power” so as to end gender inequality which he said “should shame us all in the 21st century because it is not only unacceptable, it is stupid.” https://t.co/yD3ijumFmy

Before he became U.N. chief,  Guterres said he envisioned the post as being “a convener, a mediator, a bridge-builder and an honest broker to help find solutions that benefit everyone involved.”

Guterres is scheduled to deliver a speech to the 193 U.N. member nations in the General Assembly on Friday on his priorities for 2022.

He singled out three immediate priorities that “are worrying me enormously.” 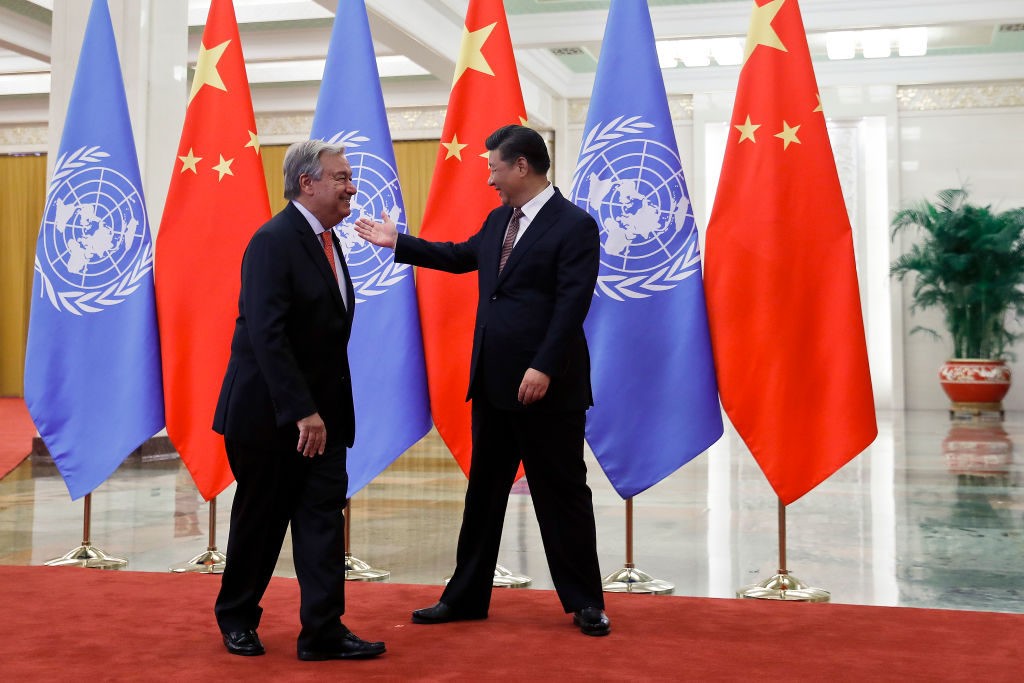 U.N. Secretary General Antonio Guterres, left, and Chinese President Xi Jinping proceed to their bilateral meeting at the Great Hall of the People on September 2, 2018 in Bejing, China. (Andy Wong-Pool/Getty)

They include the lack of vaccinations in large parts of the world, especially in Africa; the need to reduce emissions by 45% in this decade to try to meet the international goal of trying to limit future global warming to 1.5 degrees Celsius (2.7 degrees Fahrenheit); and the “extremely unjust” financial situation in the world that favors rich countries.

“We need a deep reform in our international financial system in order to make sure that there is more justice in the way resources are available to allow for the recovery (from coronavirus) to be possible everywhere,” he said.

RESET: Nature is determined to destroy humanity through flood, famine, fire, and pestilence, U.N. Secretary-General Guterres declared Wednesday, prophesizing the time has come for us to repent and mend our ways through a great climate and economic "reset." https://t.co/sZUDhH7YT8

On another major issue, Guterres stressed that the Afghan people can’t be collectively punished for “wrong things that are done by the Taliban,” so it is essential to massively increase humanitarian aid to the new Taliban government “because the Afghans are in a desperate situation with the risks of deaths by hunger” and disease in a frigid winter with coronavirus.

The secretary-general said he will be attending the Beijing Olympics in February “which is not a political act” but “to be present when all the world comes together for good — for a peaceful message.”