Breitbart News senior contributor Peter Schweizer said Tuesday on Newsmax TV’s “Stinchfield” that “every single deal” the family of President Joe Biden got in China was made with officials who were linked to the highest levels of Chinese intelligence.

Host Grant Stinchfield said, “Question for you if you can real quick. There are eye-popping allegations and really facts laid out in this book. is there one that sticks out to you that you couldn’t believe when you uncovered it?”

Schweizer, the author of Red-Handed: How American Elites Get Rich Helping China Win, said, “The thing that struck me the most was the information on the Bidens. I broke this story about their commercial involvement with China back in 2018. ”

He continued, “What we did in this book was using the Hunter Biden laptop, using emails that we got from one of Hunter Biden’s business partners we traced back how did those deals happen? And what we found out is that every single deal that the Bidens got — and the total is some $31 million — every single deal they got came from an official in China who was linked to the highest levels of Chinese intelligence. What I mean by that is they were partners with people like the vice-minister for state security, whose responsibilities include recruiting foreigners, so that was the biggest revelation to me.”

Schweizer added, “That’s why I believe we have to ask the question and investigate whether the Bidens are compromised.” 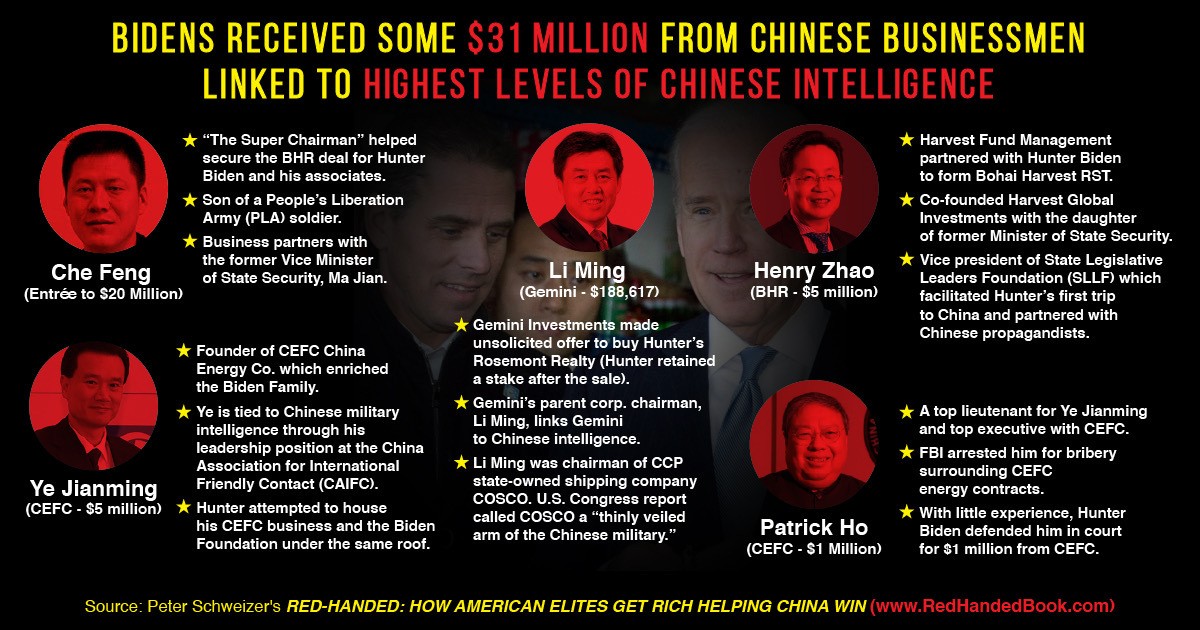 (Courtesy of the Government Accountability Institute. Click to enlarge.)