Former Republican Senate candidate John James announced on Monday he is running for the open congressional seat in Michigan’s 10th District, which has been redrawn into a competitive battleground ahead of the November midterm elections.

James, a businessman who graduated from West Point and served in the U.S. Army, released a video message with his announcement that heavily focused on the economy and jobs. Under the leadership of Democrat Gov. Gretchen Whitmer, Michigan finished December with one of the top ten highest unemployment rates in the country, at 5.6 percent, according to the Bureau of Labor Statistics.

“I’m John James, and I want to grow your economy, not Washington’s,” James begins in the video. “I’m an open-minded, free-thinking conservative, and I’m not afraid to listen even if you disagree with me. I’m not a career politician, but I do know how to create Michigan jobs.”

I fought on the battlefield for American lives and in business for good-paying jobs that fuel livelihoods. I will continue to fight for the hardworking families in Michigan’s 10th district as today I announce my run for Congress. Join me at https://t.co/L2HSYuRU7Y pic.twitter.com/PkqKpwqIWP

The video features James in a warehouse as he speaks about his business in automotive logistics. The Detroit-based Republican serves as president of the James Group and CEO of its subsidiary Renaissance Global Logistics and says his work is “the kind of business that put Michigan on the map.”

A political newcomer in 2018, James ran for Senate against longtime incumbent Sen. Debbie Stabenow (D-MI) and lost by about seven points. The Michigan Republican sought to retry his bid for Senate in 2020 against a newer incumbent, Sen. Gary Peters (D-MI), and came up short by less than two points, receiving 2.6 million votes compared to Peters’ 2.7 million. 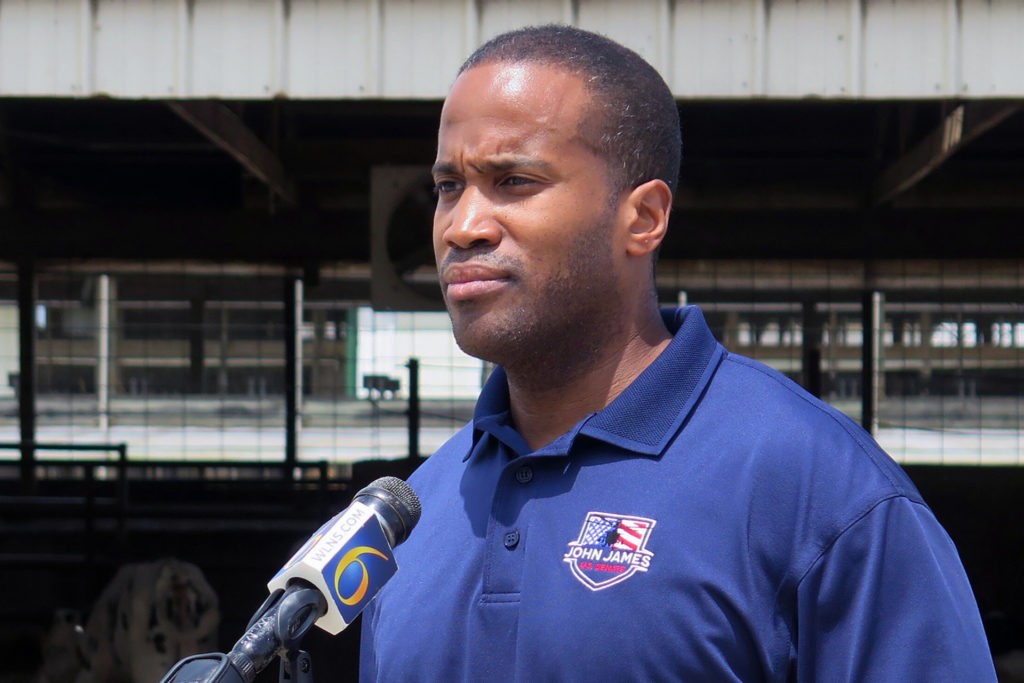 Now back on the campaign trail, James has the most name recognition in the new 10th District, which largely comprises Macomb County in northern Metro Detroit and leans just slightly Republican.

Michigan’s redrawn map, although finalized, is now facing litigation, but any map changes resulting from legal battles are likely to have minimal impact on James’s race.

James said in his video, “Michigan deserves a leader who’s lived in the real world, who understands national security, who understands how to provide economic opportunity,” and zeroed in on his military experience — having gone through Ranger School and served in Iraq — as an indication of his dedication to serving the country.

Michigan Democrat Party chair Lavora Barnes chided James after he made his campaign announcement, stating, “Losing two statewide campaigns 2 election cycles in a row should send a clear message to John James, Michiganders are not interested in him representing them.”

Democrats hoping for a pickup opportunity in the 10th District however currently have relatively unknown candidates in the running, including anti-Israel activist Huwaida Arraf.

On the Republican side, attorney Eric Esshaki is James’s closest competitor in the primary race.