President Joe Biden’s approval rating is significantly lower than former President Donald Trump’s at the same point in his presidency in 2018, Rasmussen Reports revealed this week.

As of Wednesday, Biden’s approval rating stood at 39 percent, while 59 disapprove. Of the 39 percent who approve, 20 percent do so “strongly,” while 48 percent “strongly” disapprove, resulting in Presidential Approval Index rating (those who strongly approve minus those who strongly disapprove), of -28. That is slightly better than the -33 percent Biden saw one week ago. However, that is still beyond Trump’s worse recorded approval index of -26. 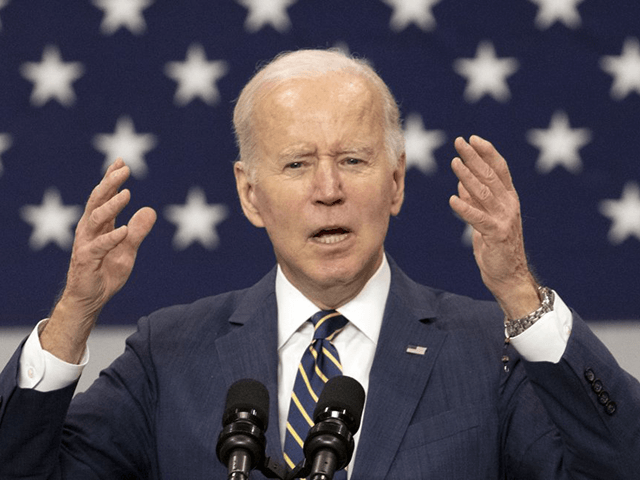 According to the data, Biden’s approval of 39 percent is ten percent lower than Trump’s at the same point in his presidency.

On this day 4 years ago, Trump's approval was 10 points higher than Biden's is now:https://t.co/JBG2w4CGhE#bidenapproval #BreakingPoll@POTUS

The continued negative approval trend for Biden comes as he enters the second year of his presidency after a year of foreign policy disasters in Afghanistan and looming issues at home, including rampant inflation and an ongoing supply chain crisis. Meanwhile, Biden, in recent months, has chosen to focus on vaccine mandates, fighting to make it a reality for roughly 84 million workers across the country via the Occupational Safety and Health Administration (OSHA). He made the initial announcement in September in an angry speech, warning that his patience was “wearing thin” with unvaccinated Americans. However, the Supreme Court blocked the OSHA mandate, which would have affected millions of workers, in a 6-3 decision last month.