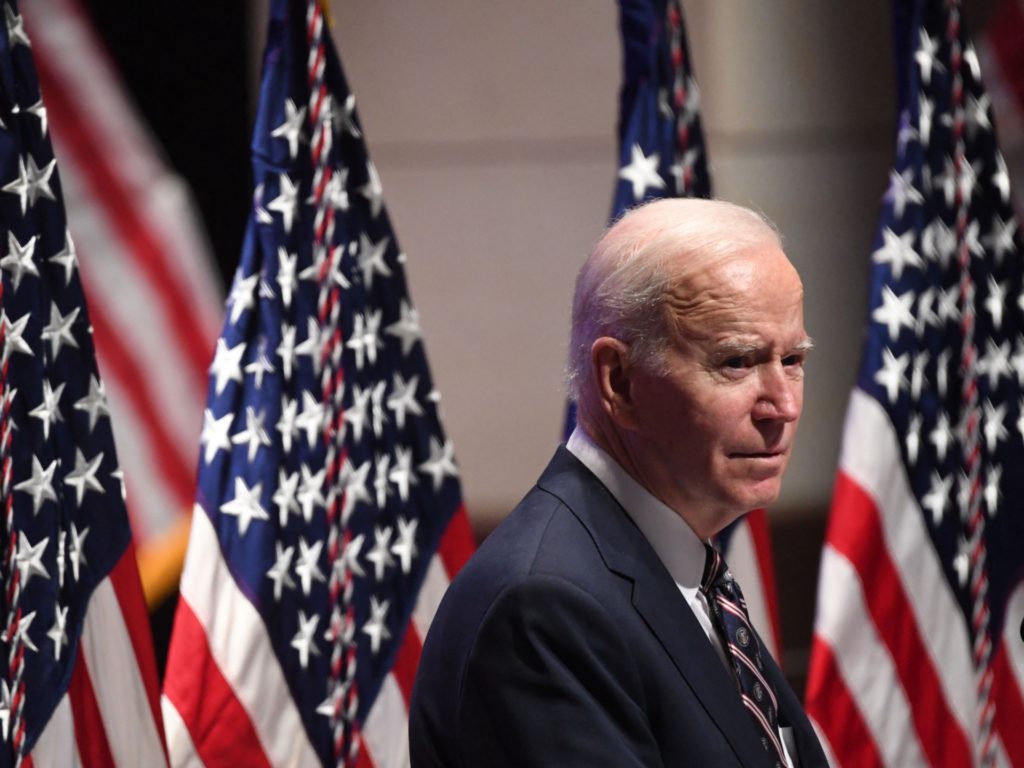 What is more, while most say Biden’s immigration policies are “worse” than Trump’s, this will likely factor into the midterm elections, as 78 percent said the issue will be important in this year’s elections. Of those, 53 percent consider it “very” important.

Who has the best immigration policy according to voters? 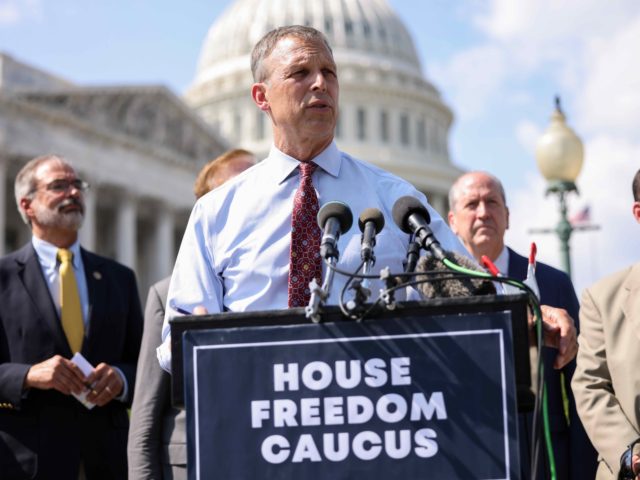 Rep. Scott Perry (R-PA), joined by members of the House Freedom Caucus, speaks at a news conference on the infrastructure bill outside the Capitol Building on August 23, 2021 in Washington, DC. (Kevin Dietsch/Getty Images)

Rep. Scott Perry (R-PA), Chairman of the House Freedom Caucus, blasted Biden immigration policies during a recent appearance on Breitbart News Saturday, noting that bureaucrats are “flying unaccompanied aliens in the dead of night right into our cities” as the Biden administration essentially forces U.S. tax dollars to go toward human trafficking.

Breitbart News Washington Bureau chief Matthew Boyle highlighted the story of officials flying an illegal immigrant — who lied about his name and age — to Northeast Florida, who on to kill the person they put him with. Perry emphasized that Americans generally want to help people, but “there’s a way to do that” — not by importing criminals directly into neighborhoods. The House Freedom Caucus chairman added that it is their first job as representatives to protect the American people, “not to invite and pay for and facilitate the entry of the criminal element into our communities.”

While he said not all of them are violent criminals, he added, “Let’s face it, if you’re coming into the country illegally, that’s your first act,” disrespecting the American taxpayer and U.S. laws. President Biden, meanwhile, is disregarding the law with no oversight from the legislative branch as he fails to “faithfully discharge his duties and faithfully execute the laws of the land … duly passed,” he added. “And that’s a problem.”

Perry also noted that Democrats are not only disregarding the laws but “actually finding ways to go around the law proactively” to assist illegal aliens in thwarting the system.

Days later, the House Freedom Caucus held a hearing analyzing Biden’s border policies during his first year in office, as it ended with record-breaking apprehensions at the southern border.