Rep. Val Demings (D-FL) is drawing on her days as a police chief and branding herself as “Chief” in campaign messages and ads as she runs for U.S. Senate in Florida, but the congresswoman appears to have only recently revived that moniker after distancing herself from it in 2020.

Spokespeople from Demings’ campaign staff, signage, and videos make use of the “chief” title in 2022, a noticeable shift back toward pre-2020 days when Demings wholly embraced the title in official logos during her previous congressional campaigns.

“We are so grateful for every supporter who has stepped up to beat career politician Marco Rubio and send Chief Demings to the United States Senate,” Demings’ campaign manager, Zack Carroll, said in a Florida Politics report from January 31, 2022. [Emphasis added]

“This is a desperate and pathetic attack from Marco Rubio who has failed to step up to protect Floridians, so it’s no surprise he is lying about Chief Demings,” Demings’ communications director, Christian Slater, said in a Floridian report from February 2, 2022. [Emphasis added]

“Chief Demings worked with Democrats and Republicans to deliver for Florida …” Carroll said in a Florida Politics report from February 3, 2022. [Emphasis added]

Demings introduced a “Ride with the Chief” campaign tour last month, and she and her staff have since been promoting it. 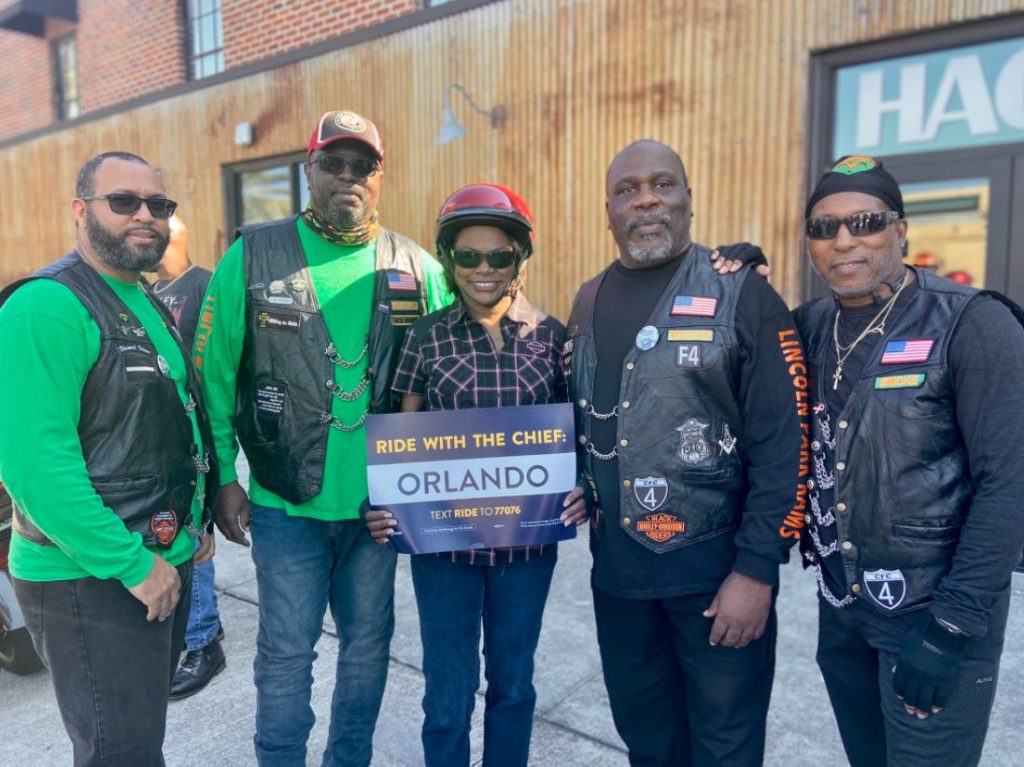 Demings worked for the Orlando Police Department for 27 years and served as chief there from 2007 to 2011, when she retired and went on to pursue a career in politics. Demings also met her husband, now-Orange County Mayor Jerry Demings (D), at the police department, and Jerry Demings went on to become Orange County Sheriff.

Law enforcement is ingrained in her background, but Demings, who has been a U.S. congresswoman since 2017, found herself in a precarious position in 2020 as many of her Democrat colleagues perpetuated anti-police sentiments stemming largely from George Floyd’s killing, which happened May 25, 2020. Although police brutality was the issue at hand, messages of “defund the police” or the more radical “abolish the police” or the more vulgar “all cops are bastards” percolated throughout the country.

Now into 2022, and amid an alarming surge in violent crime across the U.S. — and polling showing “defund the police” is not a politically advantageous message — Demings is aligning herself on the pro-police side of a Democrat Party schism, the other side of which is led by defund-the-policers like Rep. Cori Bush (D-MO).

And if her point was not made clear there, Demings, who is also a House Judiciary Committee member, became heated during a committee hearing this week, spelling out unequivocally that she supports funding the police:

There is an effort on this committee to try to hijack this important hearing about the safety of our students and the safety of the people that we are supposed to represent and assist law enforcement in protecting. Let me say it for about the millionth time. We are not going to defund the police. We’re going to fund the police!

But between the spring of 2020 and now, Demings has seemed slightly less impassioned about funding the police, even voting on partisan lines in 2021 in both April and September against amendments that sought to strip federal funding from states that reduced their police budget.

In 2020, Demings was being floated as one of Biden’s vice presidential candidates while also running for reelection to Congress.

Internet archives show that Demings dropped the word “Chief” from her campaign logo on her website that year, shortly before Floyd’s death.

Her “chief” logo had previously appeared in her 2016 and 2018 campaigns but was scaled back in 2020, as indicated by her website change:

We are just ONE week away from Election Day, Aug 30! Operation "Send Chief to Congress" is in full swing #VoteforVal pic.twitter.com/bmZ47aItcl 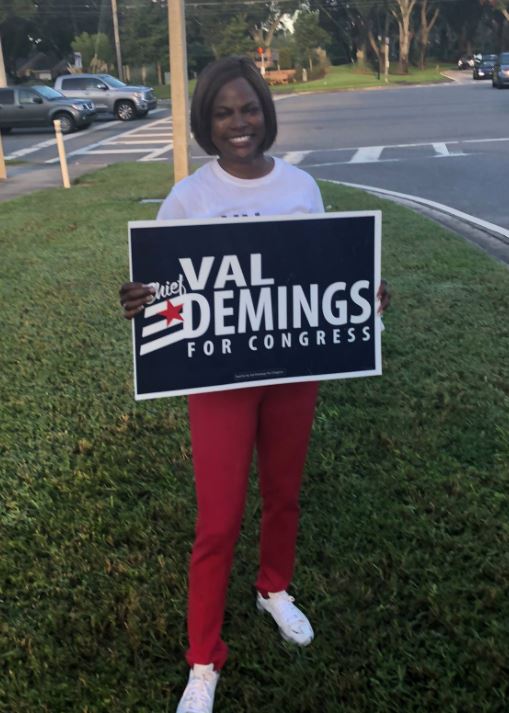 Demings’ campaign did not respond to Breitbart News’s request for comment on the matter, so reasoning behind her branding decisions remains unclear, but it was apparent in 2020 that the Florida Democrat was under pressure.

She wrote a sharply critical op-ed in the Washington Post after Floyd’s death titled “My fellow brothers and sisters in blue, what the hell are you doing?”

At the same time, more liberal media outlets, like Vox and Politico, were publicly scrutinizing her for her law enforcement background.

The New York Times, which contended that her history with the police force was “complicated,” also observed that she had dropped “chief” from her logo.