Ottawa police on Sunday night claimed the Freedom Convoy that took to the streets across the Canadian capital is finished, before adding strict security measures and checkpoints remain in place to bolster “community healing.”

“We promised earlier this week that we would clear our streets and give them back to our residents. We promised that we would return our city to a state of normalcy,” he said. “With every hour we are getting closer to that goal.”

“We are deeply committed to the community healing that we know now needs to take place,” Bell added.

"Trudeau is abusing his power to defy and suppress legitimate protests. It will not end well." https://t.co/cG194ZQeBP

Over next several days, he said police will build a wide ranging security presence in the downtown core “to make sure that nobody returns to occupy our streets again.” He gave no details as to what those security measures entail.

UPI revealed as of Sunday, 191 people have been arrested in connection to the protest with 107 people charged.

A total of 389 charges have been laid, Bell said, even as locals who had gathered to protest affirmed they only sought freedom to go about their daily business.

Chris Harkins, deputy commissioner of the Ontario Provincial Police, said 76 vehicles have been seized and towed.

Police measures such as fencing, the heavy presence of officers and checkpoints would remain in place. Police had previously said there were some 100 check points surrounding the downtown area, UPI added.

The dismantling of the protest was conducted following the invocation of the Emergencies Act early last week by Prime Minister Justin Trudeau that armed the authorities with unprecedented law enforcement powers.

"Trudeau and his federal government must be isolated by the democratic international community" https://t.co/DvBB4M6qNG

One of the financial institutions had frozen the account of a payment processor account valued at $3.8 million, RCMP said.

MPs have been debating in the House of Commons all weekend, ahead of a vote on whether to ratify use of the Emergencies Act as promised by Trudeau scheduled for Monday evening.

Part of the act allows Canadian financial institutions to temporarily cease providing financial services if it suspects an account is being used to further the blockades and occupations. 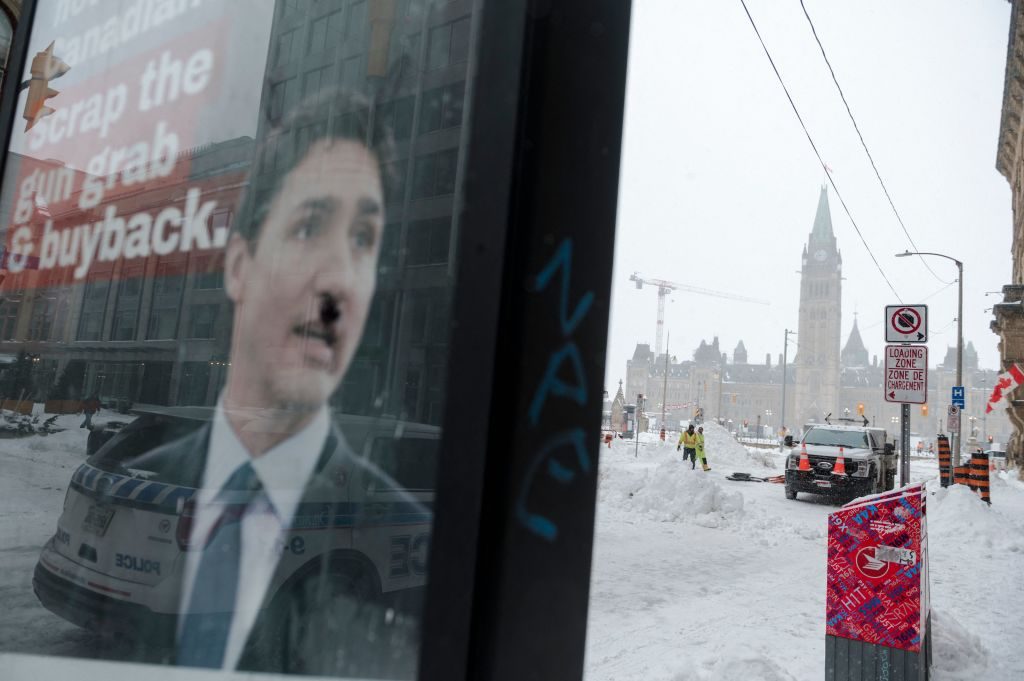 A graffitied image of Prime Minister Justin Trudeau is seen as city employees clean up Wellington Street in front of Parliament Hill, previously occupied by the Freedom Convoy, in Ottawa, Ontario, Canada, on February 20, 2022. (ANDREJ IVANOV/AFP via Getty Images) 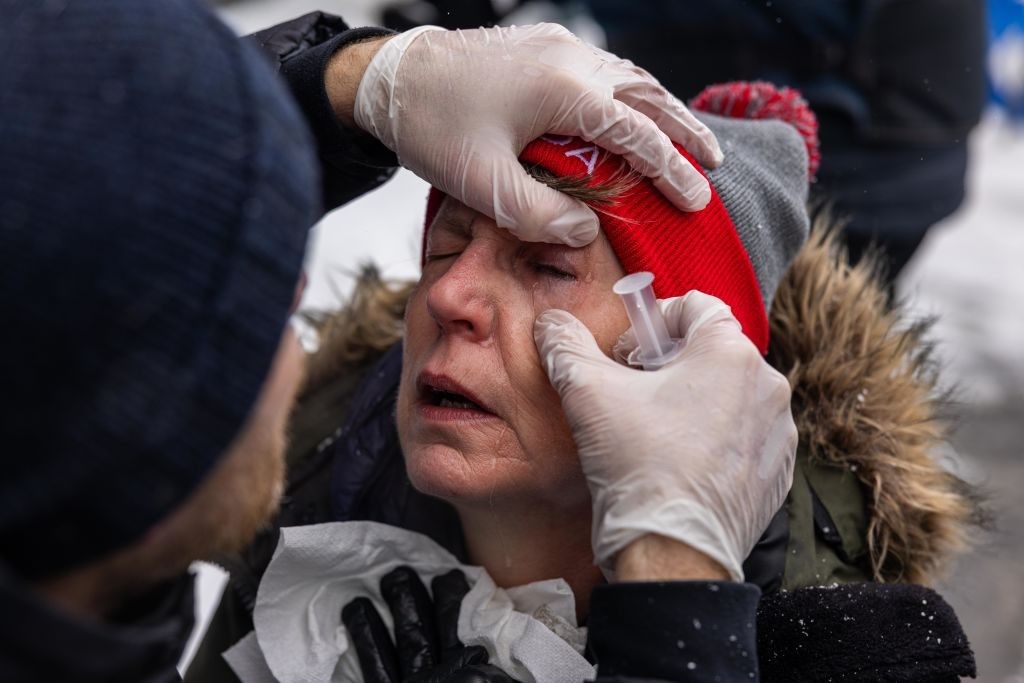 A protestor’s eyes are washed out after being affected by a chemical irritant during a protest organized by truck drivers opposing vaccine mandates on February 19, 2022 in Ottawa, Ontario. (Alex Kent/Getty Images)

On Sunday, the Special Investigations Unit said it was investigating two incidents that occurred on Friday and Saturday, when officers were clearing the streets.

One involved a 49-year-old woman who reported a serious injury after an interaction with a Toronto police officer on horseback, and the other stems from officers discharging Anti-Riot Weapon Enfields at protesters.