The Republican National Committee (RNC) is suing the January 6 Committee over its subpoena of Salesforce, one of the the RNC’s major vendors.

Salesforce is a customer relationship management platform that acquired the digital marketing company ExactTarget in 2013. The RNC used ExactTarget to send out various fundraising emails for former President Donald Trump in the months leading up to the January 6 Capitol riots. The committee subpoenaed Salesforce on February 23.

The committee is seeking fundraising documents it believes contributed to the Capitol riots, according to an Axios report:

The committee wants a full accounting of RNC email data from Election Day through Jan. 6, 2021, including data on how many emails were sent, when they were sent, and how often recipients opened them and clicked through to donation pages.

The committee is also seeking Salesforce data that could identify who at the RNC was actually logging into its software to craft and send those emails.

It also wants any documentation on any internal Salesforce investigations into the RNC’s use of its platform, as well as the company’s communications with RNC employees.

The RNC’s lawsuit is the first legal battle between the January 6 Committee and the Republican Party. Previously, only individual witnesses subpoenaed by the committee have sued. The list of subpoenaed witnesses who are now suing the committee include former President Donald Trump, his former Chief of Staff Mark Meadows, and his former adviser Stephen Miller.

The RNC alleges the subpoena violates their First and Fourteenth Amendment rights.

The Select Committee’s fishing expedition would only serve to chill the RNC’s and its supporters’ First Amendment rights, while providing their political opponents with an all-access pass to confidential RNC political strategies and the personal information of millions of its supporters.

The RNC’s Chief Counsel Justin Reimer accused the committee of weaponizing “Congress’ investigatory powers by issuing this staggeringly broad subpoena which tramples on core First Amendment rights of the RNC and millions of Americans.” 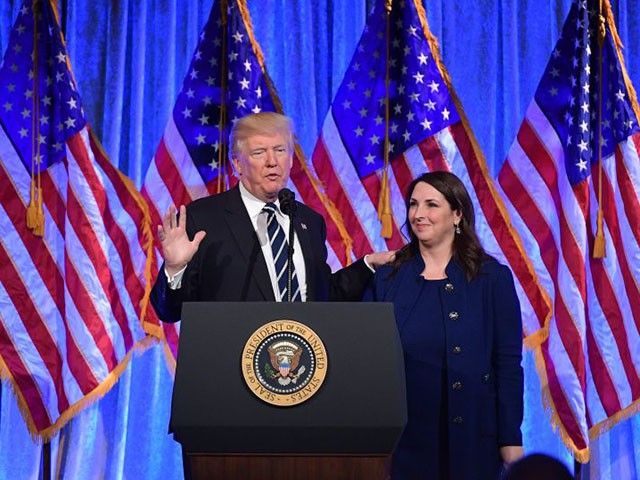 The RNC has sued to stop the January 6th Committee from unlawfully seizing confidential information about the internal activities of the Republican Party and millions of its supporters which is completely unrelated to the attack on the Capitol. Nancy Pelosi and the Committee have weaponized Congress’ investigatory powers by issuing this staggeringly broad subpoena which tramples on core First Amendment rights of the RNC and millions of Americans. The RNC is challenging this unconstitutional overreach so that one of America’s two major political parties may not use the force of government to unlawfully seize the private and sensitive information of the other.

In a press release, the RNC noted it had nothing to do with the violence that occurred on January 6 and called attention to the bomb that was placed outside of the RNC’s headquarters, something the January 6 Committee still has not investigated.

The press release suggested the committee look at Democrats if they are concerned about politicians who “lie to their donors to dupe them out of money”:

The far-left Progressive Turnout Project sent a fundraising appeal claiming Mitch McConnell had committed “treason” and had worked to “rig” the impeachment trial.