Thomas Homan, the former Acting Immigration and Customs Enforcement (ICE) Director, says House and Senate Republicans “shouldn’t be talking about Ukraine” while terrorists are exploiting the United States-Mexico border to enter the nation.

During an exclusive interview with SiriusXM Patriot’s Breitbart News Daily, Homan seemingly called out the 149 House Republicans who joined House Democrats to approve $40 billion in aid for Ukraine even as the nation’s own borders remain the most porous in American history.

“They ought to be saying, ‘You know what, we’re not going to sit down and talk to you about anything until you show us at least one thing you’re going to do to hold [Department of Homeland Security] Secretary [Alejandro Mayorkas] accountable for securing the border because it’s a huge national security issue,” he continued.

“You just need to boycott … I think that’s the way it should go,” Homan said.

The vote came as Mayorkas told congress last month that he was unsure if any border crossers linked to terrorism had been released into American communities as part of the Biden administration’s expansive catch and release network.

“Have any of the 42 illegal migrants on the Terrorist Watch List or No-Fly List encountered at our southwest border been released into the United States?” Mayorkas was asked by Rep. Jim Jordan (R-OH). 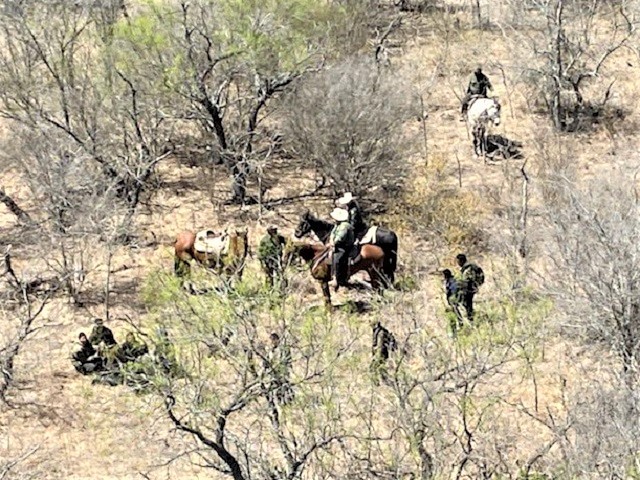 “With respect to the disposition of each one, I do not know the answer to your question,” Mayorkas responded.

Since President Joe Biden took office in January 2021, 42 illegal aliens on the FBI Terrorist Watch List or No-Fly List have been apprehended at the southern border. In April 2021, two illegal aliens from Yemen arrived at the border. Both were on the Terrorism Watch List and the No-Fly List.

“They’ve arrested people from 161 countries, over 2.5 million [encountered at the border] since Joe Biden became president,” Homan said. “Add to that 700,000 got-aways … if they arrested 42 on the Terrorism Watch List, how many of the 700,000 that got into this country without being arrested are on that same list?”