The administration of Florida Governor Ron DeSantis is prioritizing school safety in the wake of national tragedies and the left’s anti-Second Amendment push.

Gov. Ron DeSantis (R) on Thursday signed the state’s “Freedom First Budget,” which includes an increase in funding for school safety and mental health initiatives. Both are significant, as a plurality of voters blame mental health issues for mass shootings, while far-left Democrats continue to focus on guns.

“If you look at our budget … we had another major increase in funding for school safety and for mental health and, you know, when you’re talking about school security, the thing is, is for whatever reason —  I think going back to Columbine — this has become something where these deranged psychopaths have certain targets and some of them go to schools as a way to kind of maximize the trauma to a community,” DeSantis said during Friday’s press conference. 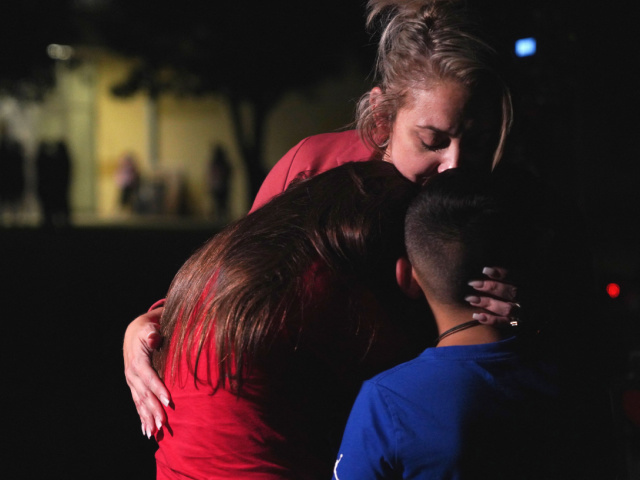 Families hug outside the Willie de Leon Civic Center where grief counseling will be offered in Uvalde, Texas, on May 24, 2022. A teenage gunman killed 19 young children and two teachers in a shooting at an elementary school in Texas on Tuesday, in the deadliest United States school shooting in years. (ALLISON DINNER/AFP via Getty Images)

The governor explained that these “very evil people” often look for soft targets “where they think they’re going to be able to get away with it,” using the Buffalo shooter as a prime example.

“What I think we’ve done in Florida since I’ve been governor is make sure there’s adequate security at schools, make sure that we follow the recommendations of the Parkland Commission. I’m gonna be signing a bill probably within the next week that’s going to continue on with the commission, and make some additional improvements,” he said, adding that they are “gonna figure out for — definitively what happened with this response or not response.” 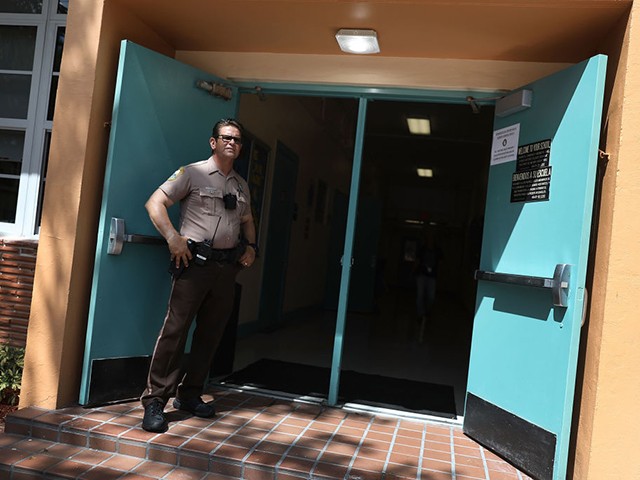 DeSantis said one the Parkland families was particularly frustrated that “there was not an adequate effort to rescue their kids” and that the shooter “didn’t meet the quick resistance that he should have met.”

While DeSantis made it clear he is a strong supporter of law enforcement, he said it is essential to hold them accountable in these situations as well.

“And so what we did with Parkland was say, we’re going to hold law enforcement accountable as well. And that’s the thing, you could have the best security in the world, but if you don’t have folks that, that are out there when it really counts — and which very well may have happened in Texas — then … it’s not going to amount to much,” he said.

“I think if you look at these four budget years since I’ve been governor, I think we’re pretty close to three quarters of a billion dollars with school safety initiatives, and that’s something very significant,” he said, explaining that mental health is also a top priority that needs to be addressed:

You also have the issue of mental health and you know, my wife is very good on this and you know, she will always tell me, you know, you have some deranged lunatic that is not necessarily what we mean by mental health. Yeah, they probably have some mental problems for sure. Maybe there could have been interventions, but you know, we talk about mental health and the schools — a lot of these are just normal kids that are going through difficult times. You know, it’s not like everyone that needs mental health services is a would-be school assassin, that’s not true and I don’t want to lump them in together, but I also do think some of these people have so many warning signs and it just gets ignored time and time again. The Parkland shooter clearly was somebody that was a big-time problem in terms of how he was behaving.

And so we’ve done things like, since I’ve been governor, behavioral threat assessment so that if somebody’s in school, they’re online posting that they’re going to do some really bad stuff, that you take it seriously, that you understand that there may be people who are going to act against the best interests of the community and that you’re not just kind of hope nothing happens, that you’d be more aggressive on it.

“We’re going to continue to be very strong in terms of our school safety,” the governor promised. “I just think as a parent of young kids, that’s something that’s very sensitive to me and to my wife, and I’m happy to say in Florida, we’ve put our money where our mouth is.”
WATCH:

“I believe the majority of you will act to turn your outrage, to turn this issue central to your vote,” Biden said. “Enough! Enough! Enough!”