His Fraudulency Joe Biden’s approval rating bottomed out to an all-time low of just 39.7 percent in the RealClearPolitics poll of polls.

Open-Borders-Joe also has a disapproval rating that stands at a stark 55 percent.

At this same time in his first term, Donald Trump has an average approval rating of 42.2 percent and a disapproval of 53.6. After March 2018, roughly 15 months into his presidency, Trump’s job approval stayed above 40 or better until his final days. So with the corporate media pouring billions of dollars into destroying Trump with race hoaxes and Russia collusion lies, his approval rating was higher than Biden’s. Alternately, Biden enjoys billions of dollars in corporate media propaganda propping him up. That’s how awful Biden is.

What sunk Five-Dollar-a-Gallon-Joe was, of all things, the leftist pollster we call Quinnipiac. Quinnipiac has Record-Inflation-Joe at just 35 percent approval, while a whopping 56 percent disapprove.

Because past is always prologue, within the next few hours, we can expect the utterly useless and corrupt pollsters at Fox News to swing in with a savior poll showing Hunter’s Dad at 88 percent approval, with only racists disapproving.

We know how biased almost all these pollsters are in favor of Democrats, so after doing some weighing of my own, I came up with Rapey Joe’s true job approval number—18 percent. Other than child groomers, NPR donors, CNN staffers, transsexuals, violent criminals, illegal aliens, and the Taliban, he’s got no one.

Gasoline will likely hit five dollars a gallon this weekend. 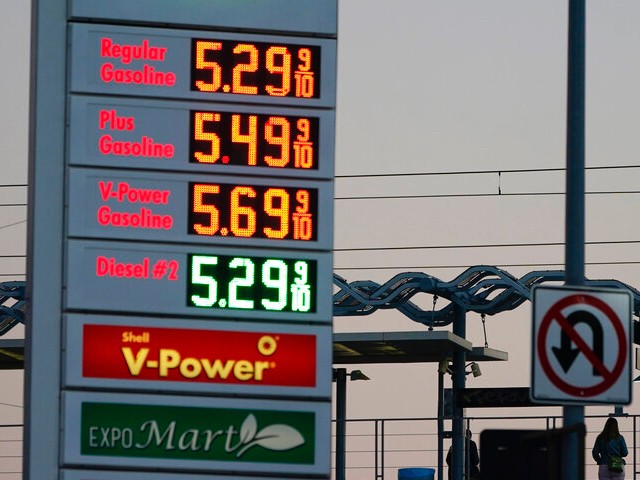 Remember when Republicans warned that if Gun-Grabber-Joe got into office, gas would hit five bucks? Remember how the fake media’s fake fact-checkers laughed and called us liars?

Remember when Republicans warned that the Democrat party’s reckless spending would explode inflation? Remember how the fake media’s fake fact checkers called us liars and alarmists?

So desperate are the media and Democrats, they are going PRIMETIME with a televised kangaroo court about that mostly peaceful Capitol Hill protest.

Good job, Democrats… Keep focusing on taking our guns, attacking Trump, and protecting baby killing. That’s what the people are worried about. I know that every time I pass a gas station sign, my first thought is: If only we could kill more babies without guns because Bad Orange Man.

I can’t be the only one.

Biden refuses to protect our schools against mass shooters.

Biden spends billions protecting Ukraine’s borders and invites millions of illegals to swarm over our border.

Democrat-run cities are war zones of murder and poop.

Democrats cheer and encourage race riots and seek to disarm you.

Democrats open the prisons and seek to disarm you.

Democrats believe mentally ill men wearing a beard and skirt should be allowed to share a locker room with your daughter.

These numbers will only get worse.

Don’t forget to mask your two-year-old!